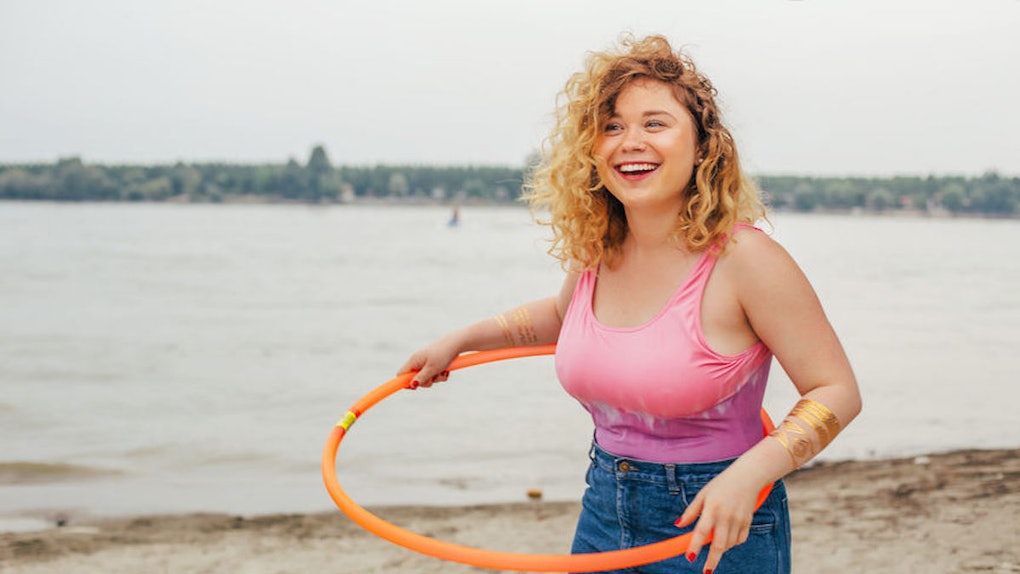 Although I'm still in my early 20s, I'm pretty much an honorary old lady, thanks to my love of early bedtimes and knitting scarves at any time of the year. But while it's pretty funny to lean into a grandma-ish role on occasion, in reality I want to make sure that when I'm actually 90, I'm as vibrant and active as possible. So what's the secret to feeling young long into your old age? According to a new study, it may have something to do with having a healthy sense of control in your day-to-day life.

The study, which was recently presented at the annual convention of the American Psychological Association (APA), asked 116 older adults between the ages of 60 and 90 years old, as well as 106 younger adults between 18 and 36 years old, to fill out a few surveys every day over a nine-day period. According to ScienceDaily, the participants were asked questions about how much control they felt they had over their lives, as well as how old they felt. From these survey responses, the researchers discovered a significant link between how much control the people in the older age group felt they had over their lives, and how old they felt. While these findings were preliminary and are sure to be expanded upon with more research, the results are promising that taking control over your daily activities can help to maintain your youthful spirit. Jennifer Bellingtier, Ph.D., a researcher from Friedrich Schiller University who presented these findings at the APA convention, said in a statement,

Shaping the daily environment in ways that allow older adults to exercise more control could be a helpful strategy for maintaining a youthful spirit and overall well-being.

Even if you're still in your 20s like me, I'm willing to bet you've noticed at least a few changes in your energy levels. In college, for instance, Thirsty Thursday may have always been a thing for you and your squad, but these days, you and your friends can barely get it together to go out on a Friday night after a long week at work. The struggle is real, so how do you stay feeling spry as long as possible?

For starters, as the APA research suggested, make an effort to establish more control over at least one aspect of your life. According to Eve D’Onofrio, an organizational expert for the self-care app Sanity & Self, a great place to start is in your own home. "Making physical changes in your environment can have an enormous impact on your mood, outlook, and feelings of contentment," she tells Elite Daily over email.

Whether you're 22 or 92 years old, D'Onofrio explains, there's something very cathartic about the ritual of sorting through the things you've accumulated throughout your life. "Organizing gives us the chance to take stock of our lives and reflect on what matters to us right now," she says. "By reflecting this way, we gain mental clarity and insight into who we are and how we want to live." Assuming this kind of agency can, as the APA study showed, help you feel young enough to take on the world, regardless of your actual age.

Now, if the whole "control" thing seems a bit elusive or difficult to put into practice, it's worth noting that a second, similar study was presented at the APA convention, but instead of identifying control as a way to feel younger, this particular study revealed that regular exercise can help you feel young and carefree. According to ScienceDaily, researchers in Boston recruited 59 adults between 35 and 69 years old, all of whom reported at the time that they were not engaged in regular exercise. Then, each participant was given a FitBit, which the researchers used to track the volunteers' daily step counts over the course of five weeks. In the end, the researchers found that those who walked more steps per day also reported feeling younger.

So aside from the obvious life-lengthening benefits of staying in shape, this second study suggests that maintaining the ability to move your body throughout your life can help you be the "in touch with the kids" granny you've always dreamed of being.

At the end of the day (or your life), feeling youthful is much more important than your actual age, so clean out your closet and go for a relaxing walk to keep your mind strong for many decades to come.

More like this
10 Unique Graduation Gifts On Etsy Grads Can Use To Relax After All Their Hard Work
By Rachel Chapman
HomeGoods' Hideout Contest Treats You To A Relaxing Solo Getaway & Free Merch
By Marisa Casciano
45 Graduation Puns For Instagram, If You're Feeling Witty
By Rachel Chapman
Stay up to date