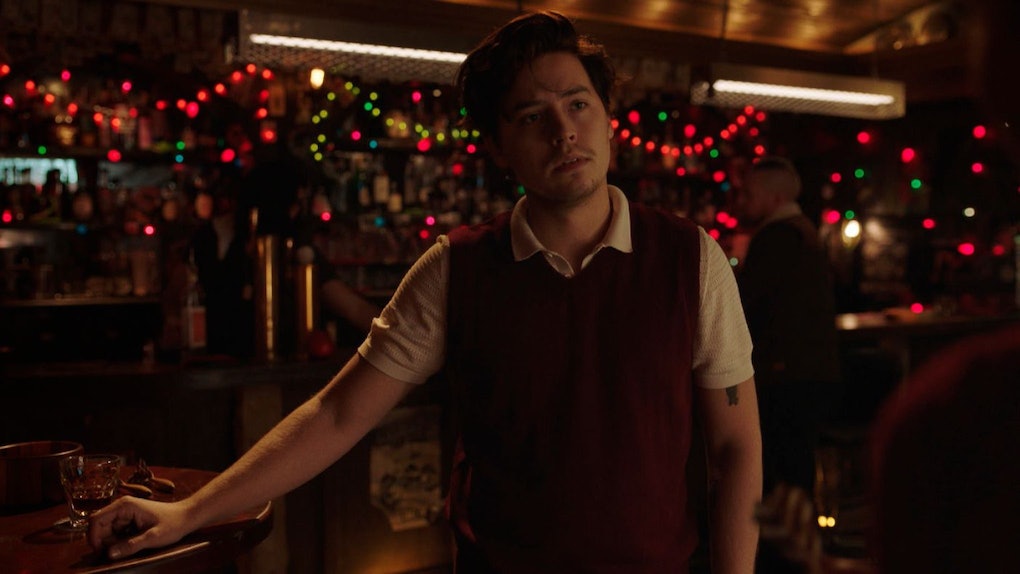 Riverdale Season 5's massive time jump has transformed the show, especially when it comes to the romance. Take Jughead, for example: Until now, fans had previously only really seen him in a relationship (and running an unofficial detective agency) with Betty. But that's all about to change, because the Riverdale Season 5, Episode 10 promo teases a big step in the romance department for him.

Warning: Spoilers for Riverdale Season 5, Episode 9 follow. Ever since Jug came home to Riverdale from New York City and met the new face of Pop's Diner, he and Tabitha Tate (Pop Tate's granddaughter) have grown closer every episode. Tabitha gave Jughead a job as a Pop's waiter when he was struggling to get by as a writer, and they've since been deeply involved in an investigation of the Mothman together. You know, typical first date stuff.

The two have undeniable chemistry, and Jughead/Tabitha shippers will be delighted to see them take things to the next level in next week's episode. The Season 5, Episode 10 preview shows them locked in a passionate embrace, seemingly about to kiss. Could they become Riverdale's newest power couple? Jughead is helping Betty (who just broke things off with Archie) search for Polly's kidnapper, so the show could also be setting up an intense love triangle.

And yet, the Jughead/Tabitha moment might be the most low-key part of this promo. Viewers also see Hiram plotting with Reggie to "bring about Riverdale's ruination," while Betty slaps her FBI beau Glen and scopes out a creepy basement. There's also a shot of what looks like an alien in a tank, and someone holding Kevin at gunpoint?! This is the mid-season finale, so of course Riverdale is bound to get wild.

It's a lot to digest, so here's everything happening in the Town with Pep next episode, according to the official synopsis:

While preparing for the school’s parent-teacher night, Archie is caught off guard when his former Army general shows up in Riverdale with some unexpected news. Cheryl pushes back after hearing that Hiram and Reggie have expressed interest in taking over the Blossom maple groves. Jughead’s unconventional way to get through a case of writer’s block causes Tabitha to be concerned for his safety. Finally, Betty and Alice receive some unexpected visitors.

Riverdale will go on hiatus after next week's episode, but if the promo is any indication, fans will have plenty to think about while they await its return.