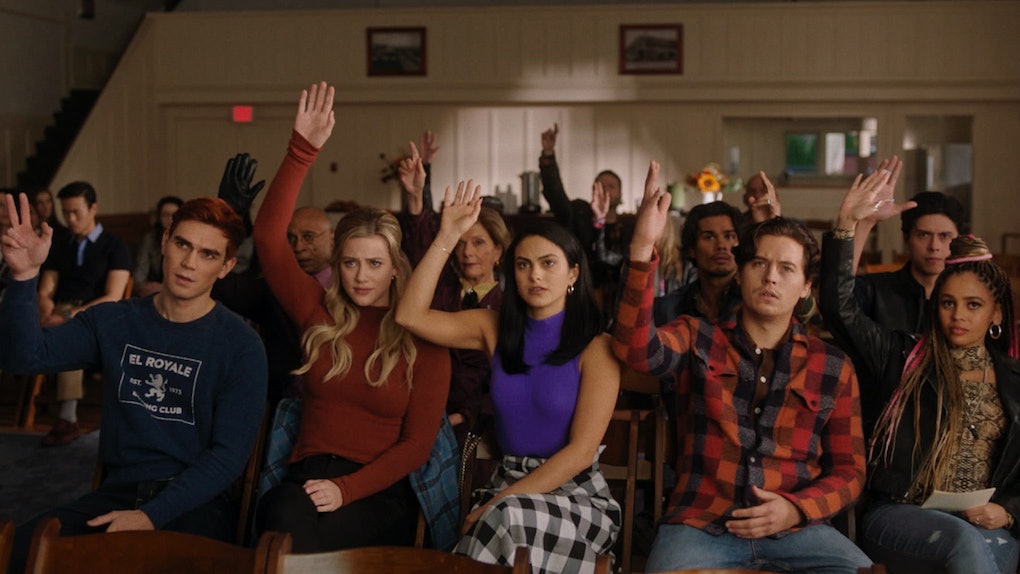 You'll have to wait a little longer than usual to experience the epic highs and lows of Riverdale. Although Season 5, Episode 6 premiered on Wednesday, Feb. 5, the next episode won't hit screens until two weeks later. The surprising mini-hiatus has some viewers wondering: Why isn't Riverdale airing on March 3, 2021? The show is taking a quick break.

As TV lovers know, the ongoing coronavirus pandemic has changed a lot in terms of scheduling. Riverdale was no exception, especially because Season 4 filming had to wrap up three episodes short when production shut down in early 2020. Also as a result of the pandemic, Season 5's premiere was pushed to January 2021 instead of October 2020 (when seasons have traditionally premiered).

No exact reasoning has been given for Riverdale's one-week break. It could be due to pandemic-related filming regulations, or because post-production and editing were taking longer than usual. As one fan noted on Reddit, March 3 is also the two-year anniversary of actor Luke Perry's death, so it's fitting that the show is taking time off on that day.

At least fans have plenty of juicy drama to look forward to while they wait for the new episodes. Even by this show's standards, Season 5, Episode 7 (titled "Fire in the Sky") is bound to be a lot. A promo for the new episode shows Archie forming a volunteer fire department, Betty continuing her search for Polly, Jughead and Tabitha hunting for cryptids, Veronica beefing with Hiram, and Choni having a dance-off. Yep, that's all happening in one episode, so maybe it's good that fans will have a breather before all that.

The break also help prepare viewers for the big Season 5 hiatus that's coming up soon. On Feb. 24, Decider's Alex Zalben reported Riverdale would go on hiatus after Season 5, Episode 10 airs on March 31. The second half of the season will premiere on July 7, with the final nine episodes airing throughout the summer.

Hopefully, Season 5 will be able to wrap up without any major pandemic-related delays in the future. For now, though, at least fans can enjoy the Town with Pep's wild hijinks in the weeks to come.

More like this
Why Isn't 'This Is Us' Airing On April 20, 2021? Season 5 Is On Another Break
By Ani Bundel
When Will 'Riverdale' Season 5 Return In 2021? Its Mid-Season Break Is Long AF
By Rachel Varina
7 'Game Of Thrones' Spinoff Ideas HBO Should Def Consider
By Ani Bundel
Stay up to date