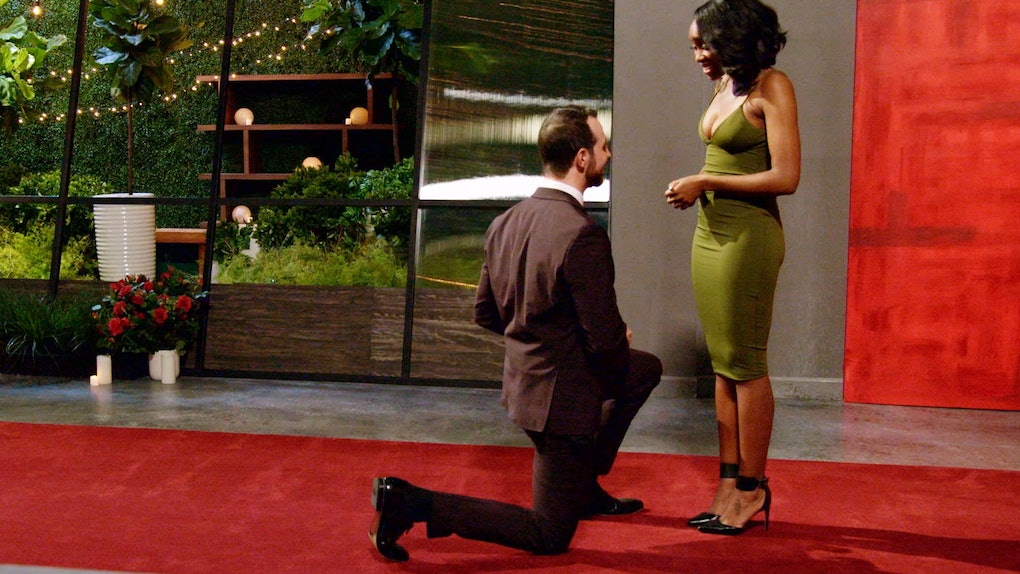 The Netflix Show You Should Watch, Based On Your Zodiac Sign

Whether you're coupled up or flying solo, Netflix is the gift that keeps on giving. This is precisely why I'm sharing the Netflix show you should watch, based on your zodiac sign. I've yet to meet someone who isn't signed up to this streaming service; it's a literal must-have, especially if you consider yourself a homebody who actually likes to Netflix and chill without the euphemism. Everything, from its eclectic content offering to the consistent debuts of its original series, is enough to keep a user on their toes. It's a never-ending rabbit hole of entertainment.

Culturally diverse and exceptionally relevant, almost every single piece of Netflix's original content eventually ends up trending on Twitter. Truth is, a lot of the writing, messaging, and production is nothing short of brilliant. For instance, just days after launching the third season of Stranger Things, Netflix broke a record. According to Netflix US, over 40 million households watched the show since the global launch, and 18.2 million completed the entire season. You really don't have to be a fan to understand the magnitude of these metrics.

Anyway, without further ado, find out the next Netflix show you should watch, according to your zodiac sign:

Everything about this adrenaline-filled documentary series has your name on it, Aries. Aside from being the most competitive sign in the zodiac, you're also fiercely ambitious and raw with your passions. Trust me, you'll love Cheer.

It's time for you to fall in love with this bewitching series, if you haven't already, Taurus. Aesthetically pleasing with rich visuals, it's safe to say, there's a lot of Venusian energy present here, even if it's a bit subtle. The storyline is also fabulous, so you won't want to miss it.

You're always game for a sweet comedy, Gemini. Trust me when I say that Sex Education is right up your alley. Everything from the witty storyline to the hysterical characters is 100 percent marathon-worthy.

Cancer: The Haunting of Hill House

There's something hauntingly mysterious about you, Cancer. Your zodiac archetype also revolves around the home and ancestry line, which is why The Haunting of Hill House seems to be your ideal Netflix match. Besides, you believe in ghosts, don't you?

Leo: On My Block

This colorful, comical, and light-hearted series is exactly what you've been looking for, Leo. If you haven't marathon-watched On My Block yet, all you need to do is watch the very first episode. Everything from the characters' audacious expressions to the coming-of-age nostalgia is enough to get you totally hooked. You can thank me later.

Earth signs are typically more in tune with everything happening in the third dimension, Virgo. Our Planet instantly made me think of you and your innate connection to animals, but more importantly, I know you'll appreciate the gorgeous visuals of Mother Earth's beauty.

Are you even surprised, Libra? You have a Ph.D. in relationships and, like a true air sign, you're completely fascinated with the human mind and the psychology between couples. I wouldn't doubt it if Love is Blind was written by a fellow Libra, TBH.

You is all you, Scorpio. Eerily enough, Penn Badgley was born with a Scorpio stellium and, personally, I think this is why he was able to portray the many layers of Joe Goldberg so well. His smoldering passion and lust for intimacy is undeniably Scorpionic. The crime... not so much.

It doesn't get more disturbing and devastatingly realistic than Don't Fuck With Cats, Sagittarius. Granted, you're someone who prefers to look on the brighter side of things, but you're also incredibly truth-seeking and philosophical. This documentary will show you the bigger picture, and that's what you're constantly looking for.

You're a fan of all things traditional, Capricorn. Based on the Witcher books by Andrzej Sapkowski, this Netflix original beautifully depicts its mystical yet totally wicked storyline. With Pluto hovering over your sign since 2008, you'll likely become intrigued quicker than you think.

Your social life is a very large focus group, Aquarius. You're a brilliant intellectual with an eclectic group of friends. Life is an experiment and you're trying to form your hypothesis. That said, the documentary series 100 Humans is almost too perfect for you.

You know a thing or two about the Upside Down, Pisces. You're an expert at astral projection, and if there's one thing you know for sure, it's that the truth is out there. Stranger Things is the perfect combination of nostalgia, sci-fi, and romance.