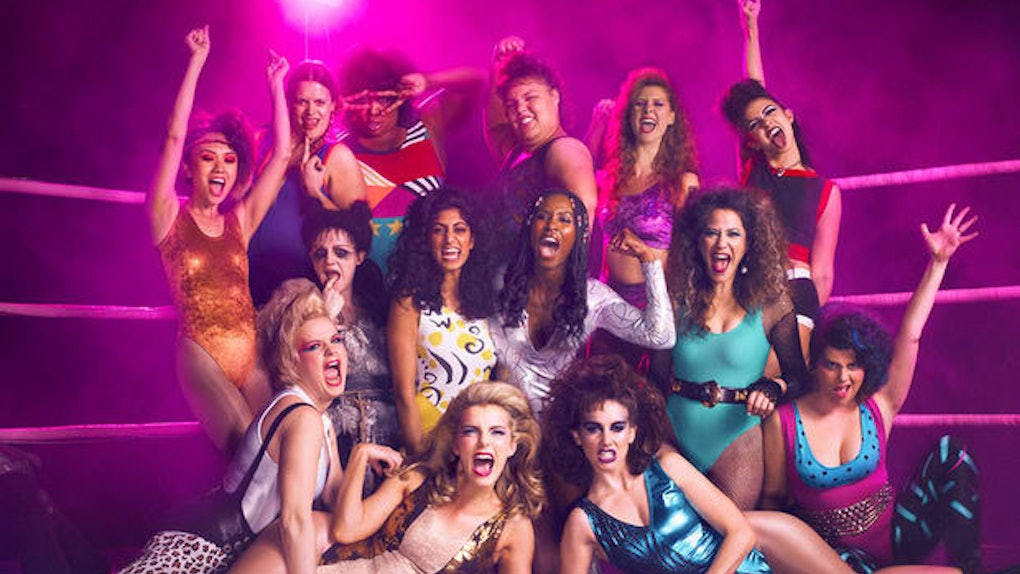 What To Watch On Netflix When It Snows, Based On Your Zodiac Sign

Let it snow, let it snow, let it snow. That is, if you have something to do in the meantime, of course. Not to worry, my beautiful stargazers. I'm about to tell you exactly what to watch on Netflix when it snows, based on your zodiac sign, because as you know, the cosmos are always on our side. TBH, Netflix is a giant plethora of entertainment, so it's not hard to get lost in your TV screen, ergo the term "Netflix and chill." Oh, before I forget, want to know something funny? I had no clue this was a sexual innuendo until recently. I know. Ridiculous. #JustSaying

Anyway, if I had to tell you my favorite Netflix series, it definitely wouldn't be just one. Granted, there's no such thing as a better soundtrack than Stranger Things, which is so fitting for Aquarius season, by the way. Also, despite the fact that Russian Doll was beyond amaze, the show also has some of the best tunes I've heard in a minute. Sex Education is another gem, hysterical to say the least, but don't even get me started on YOU, because that's a whole other conversation. All I'm going to say is, a Scorpio would be casted for the role of the main character.

Anyway, here's what you should watch next time you're snowed in:

Aries: You Should Watch Glow

This is all you, Aries. Everything from the wrestling moves, to the girl power vibes, and perhaps even the petty drama, is everything you need to forget that you're actually snowed in. P.S., the retro '80s vibes are so much fun, too!

If there's anyone who loves to indulge in a delicious meal, it's you, Taurus. Plus, you love anything that's considered best of the best, and each of the chef's have a unique culinary experience, and inspiring talent.

Gemini: Sex Education Is All You

Aside from the hysterical conversations that take place throughout this comical series, you'll also revel in the petty high school gossip. Who are we kidding, this show has your name written all over it, Gemini.

It's a mixture of things, Cancer. For starters, the nostalgia in this series will make you feel some type of way, I promise. Plus, you're one of those people who never forget their childhood, and well, you'll see.

Leo: Orange Is The New Black Is Your Jam

Here's the deal, Leo, you love a little drama, right? Well, this award-winning series epitomizes the word drama, and interestingly enough, the main character is a Leo, too! OITNB is everything. Enjoy!

Admit, Virgo: You hate to waste time, because let's face it, you much rather stay productive. However, you'll likely make an exception for this series, as it is based on true events.

Libra: The Chilling Adventures Of Sabrina Is All You

Admit it: Everything from the coming-of-age love story, to the witchy aesthetic, and adorable wardrobe makes you happy, Libra. There's something magical about this series, and I know you'll enjoy it.

Well, you love all things mysterious and taboo, but you certainly can't get enough of the real-life documentaries that make the hairs on your arm stand up, right Scorpio? You'll enjoy this one. Fact.

Sagittarius: Where in the World Is Carmen Sandiego?

First of all, this series should've been called Where In The World Is Sagittarius, don't you think? You love the adventure, and I'm pretty sure you can relate to the main character, too!

It's simple, Capricorn. A financial advisor relocates with his family, and is being threatened by a Mexican drug lord. It's a terrifying sh*t show, to say the least. Jason Bateman is great, too.

You dig all things sci-fi and futuristic, right? Well, this series is everything you've been looking for, Aquarius. It really is, I'm not kidding. Plus, Will Smith is basically the best commentator ever.

So, I'm not making any subliminal accusations here, but this series is all you, Pisces. The ambiguity, spirituality, and plot in general, totally coincide with your dreamy haze. Don't believe me? See it for yourself.