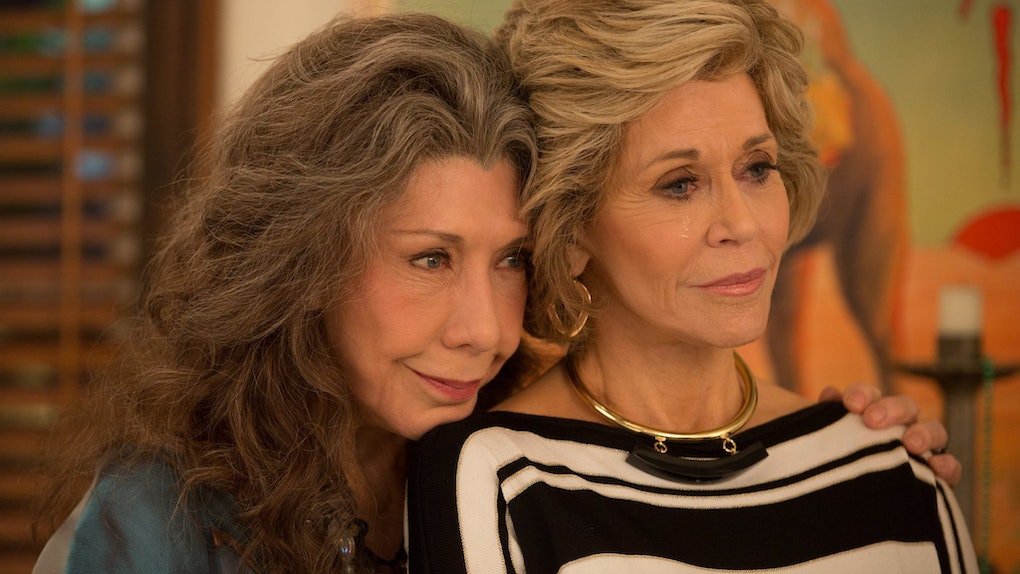 The Most Inspiring Relationship Advice From Grandparents, According To 8 Women

I've never once asked my grandparents for dating advice but that's never stopped them from sharing their very honest opinions about my relationships with me. One Christmas, I took my boyfriend at the time home to meet my extended family. My maternal grandmother can be a bit crass so I warned him about her ahead of time. If I was hesitant about asking for relationship advice from grandparents before, I sure as hell wasn't about to start after this interaction.

My boyfriend, who was staying with my parents and me for the week, had managed to avoid my grandmother for the first few days. Every time she came over, he conveniently managed to be asleep, on the phone with his mom, or taking the world's longest shower. TBH, I'm not even mad. This was a smart move on his part but he could only keep it up for so long.

Eventually, they met. When there were very few witnesses around, he walked up to her bravely and introduced himself, extending his hand to shake hers. My grandmother, without getting up from her chair, glanced all the way up and tilted her reading glasses down only slightly (you know, like in the movies). I sat frozen a few feet away. I had no idea what to expect.

She looked so far up that her gaze went above my boyfriend's head until she was basically looking at the ceiling. Then, almost as though she was startled not to see anyone up there (on the ceiling!), she finally looked him in the eyes and said, "Oh! Hi, hi!" I swear to you, I couldn't make this up if I tried. She didn't say another word to him and she didn't shake his hand, either. Instead, she turned to me and practically yelled, "I was expecting someone taller. I didn't realize I had to look down. Almost didn't see him!"

Now, this is funny for a couple reasons. Like I mentioned, she was sitting down so even if he was five feet tall, she would have still had to look up. But also, it was her not-so-subtle way of letting me know I should date taller guys, which she absolutely told me to my face before the night was over.

Grandparents are funny like that. They're at that stage in their lives where they've kind of seen it all and they're not afraid to tell it like it is. Here's the advice eight women got from their loving grandparents.

I love this because I get the feeling it's something they learned through heartbreak, which makes it so much more endearing.

Love fully, openly, and completely or not at all.

This is such a good movie line and so incredibly true.

I really love this piece of advice from my Grandma Rose: 'Don't marry someone you can live with. Marry the person you can't live without.'

See what I mean about speaking their minds?

Some people say age makes you wiser. It also makes you more practical.

They told me to sit by the NYU law school and marry rich. I definitely take their advice with a grain (or pound) of salt, but it's fun to humor them.

I've thought long and hard about whether or not it would be weird to demand this when I get married. I finally feel vindicated.

Why do grandparents always have the best metaphors?

'Enjoy the flowers and ignore the weeds.' Grandma wanders around any garden she's in, carefully plucking leaves so that the flowers can be easily seen.

This is equal parts romantic and realistic.

From my grandma: it was something along the lines of "You should be open to falling in love, but not too open. There are only so many times a heart can be broken before it is permanently wounded." It was in her mother tongue though, and sounded way more poetic when she said it lol. Not sure where it came from, as she married her first and only love - my grandfather. Maybe she takes her own advice way too seriously, because she has not remarried (or even dated) since he passed away over fifteen years ago.

Life will teach you this the hard way.

When someone shows you who they are believe them. Actions/habits speak louder than words. We can't change others, they have to want to change for themselves.

They might not always have the best delivery methods but your grandparents usually have some pretty solid advice. Anyone who can survive without internet access is someone whose life advice I can trust.