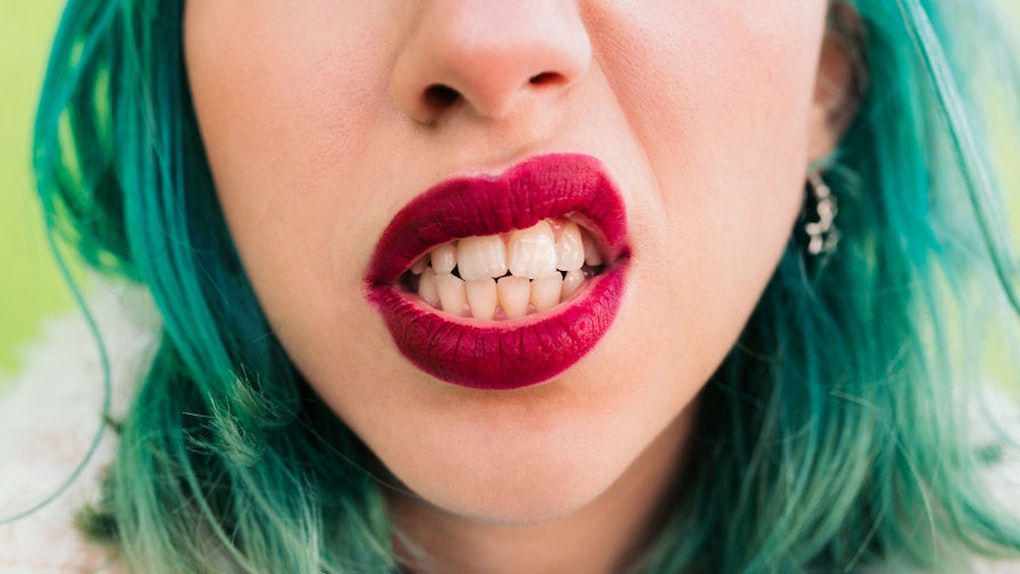 The Most Infuriating Texts From Exes After Breakups, According To 8 People

Although Queen Ari's single, "Thank U, Next" is a certifiable bop, there are plenty of folks that don't really need to thank their exes for anything. In fact, many people share that all-too-common experience of an ex's last-ditch effort at connecting over text, and their messages can be infuriating. If this is something you're going through right now, you're absolutely not alone. To prove it, I asked some folks to share the most infuriating texts from exes they've ever received. Their stories suggest that sometimes, exes can sometimes be extremely frustrating and hurtful.

Exes can poke back into your life, either by directly contacting you or, you know, just randomly starting to watch literally all of your Instagram stories. It can be absolutely maddening trying to reason with someone who just doesn't understand how you feel. When it comes to an ex who just doesn't seem to get it, always remember that it's well within your right to block the heck out of their number, social media, and any other form of communication.

I did this with a particularly awful ex, and she decided to email me instead because she couldn't "figure out" why her texts weren't going through. In this email, she also encouraged me to send memes and that there were "no hard feelings." But she isn't the one that gets to decide that, so I hit her will super cheery, "Please don't contact me again. Best, Hannah."

If you've ever dealt with a particularly awful ex that made steam come out of your ears like a cartoon, read these stories.

When they just don't get it.

'I know you hate me but can you just send me a few nudes? I’m gonna miss you and want something to remember you by.' — this message is courtesy of a college ex-boyfriend.

When they make no sense.

Basically the text read something along the lines of: I lost a steadfast friend. I feel bad that I hurt you and lost a future with you. We were so close to getting engaged and then married. It's sad that is all gone now. Moving on looks like the hope that there's a better match out there for us both. But it's not going to be that for us.

The reason that this text was so infuriating was because this guy and I had been dating for six and a half months. No fights, nothing. Out of nowhere, right before Thanksgiving we met up for date night and he said that he "needed a break". We took two weeks off without seeing each other and at the end of the two weeks he said that he thought it was best if we broke up. He didn't give me any answers to questions and just said that I needed to move on. A week after the official breakup, he sent me this text. talking about all that he "lost". At the time I was livid but mostly confused. I still don't know why we broke up, but I know this. Sometimes you really don't want to hear what they have to say.

When you get confirmation that you made the right choice in breaking up.

Once I started seeing someone new, and an ex texted me, 'I just looked up [my new partner], and he looks like a tool. He’s just trying to get in your pants:). Clearly I made the right choice by moving on.

When they clearly cannot let go of the past.

I had a tumultuous, on-again, off-again relationship from 18 to 21. When we broke up for good, I made it clear that I no longer wanted to be in contact. Still, every few months over the next few years, he would send me long emails about his feelings, drunken texts on Valentine's Day, even Facebook messages. Most recently, on my 26th birthday, he sent a text wishing me a happy birthday and referencing a comment I made to him when I was 18 years old, back when I joked that I was afraid to one day be 26 because that's when I'd start to feel old. I mean, how rude is that?! To ignore my boundaries and hit me with a text announcing, Hello, now you are old! Happy birthday! The text just so happened to come the day after I posted on social media that my current boyfriend and I are moving in together... so my ex's text just seems like a super rude, petty reaction to the fact that I'm finally moving on. It's time for my ex to do the same!

When they have major double standards.

Caught him cheating (through text). We were taking selfies and I opened messages on his phone to send one to myself. Saw some explicit messages had been exchanged with someone else, including my bf using the phrase “You’re the best lover I’ve ever had.” Naturally, I got mad, and that was the start of a super messy breakup. I was completely dumbfounded when he *got mad at me* for seeing the message, and accused *me* of being dishonest, saying, 'You were supposed to trust me, but I guess that was a lie.'

When their advice is laughably useless.

An ex texted me that 'I should Give 'The Path Less Travelled by John Frost a read' and assured me it was 'a pretty eye-opening poem' if I would 'give it a chance.'

When they're just down right cruel.

I had this ex who really devastated me. The anniversary of the breakup found me fragile and strong at the same time. He texted: “Happy anniversary”

When they can't take a hint.

My ex told me "no" when I asked for space cause she was used to talking to me and space was dumb.... She also texted me once every four to six months for the next two years asking to catch up. I was always extremely rude. Then she texted me out of the blue saying she’d thought about us hooking up again because the sex was great.

In all seriousness, it can be really hard to move on when an ex keeps getting in your way. Hopefully, seeing more about others' experiences may give you confidence that you're not alone. Some of these folks really put the "next" in "Thank u, Next!"

If you or a loved one is experiencing an abusive relationship, call the National Domestic Violence Hotline at 1-800-799-7233, or chat online 24/7.