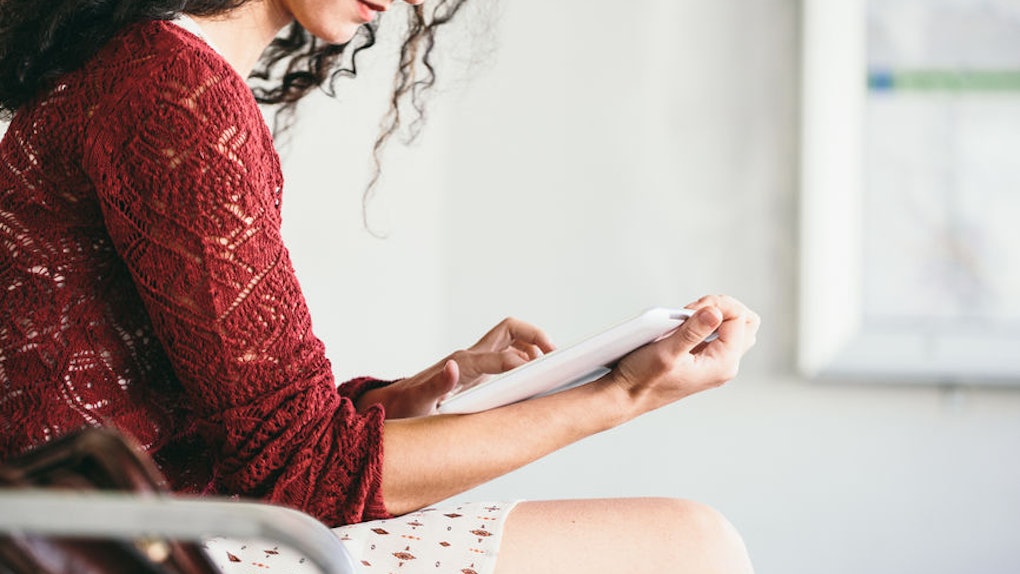 The Most Common Form Of Birth Control Is Pretty Surprising, But Here's Who's Actually Using It

Between recent recalls on packs of oral contraceptives and the plethora of new research on these medications, 2018 was a big year for birth control. Now, the stats are in from the Centers for Disease Control and Prevention’s (CDC) 2015-2017 National Survey of Family Growth, and the most common form of birth control has been announced. But get this: The most common form of birth control these days is — drum roll, please — not the pill. Evidently, taking BC by mouth came in at a close second in the CDC's survey, but female sterilization has slid into first place in the last few years — which might come as a surprise, until you take a closer look at the survey’s findings.

If your mind drew a blank when you glazed over the term "female sterilization," same. Though, you’ve probably heard of the procedure before; it just might have been referred to as "getting your tubes tied," or something along those lines. Basically, instead of popping a pill or getting an implant, female sterilization, or tubal ligation, is a surgical procedure that permanently prevents pregnancy. As per Planned Parenthood’s definition, tubal ligation is when the fallopian tubes are blocked, so that male sperm cannot get to, and therefore cannot fertilize, a woman’s egg. But there’s a reason why the term might come off kind of foreign to you: It’s not really something 20-year-olds are getting done.

As I mentioned earlier, unlike the pill, and other forms of birth control that are only so effective, tubal ligation is permanent, so if there’s any chance that you might want a child in the future, this procedure is not for you. Having said that, though, if you can say with 100 percent certainty that you do not want kids, then maybe tubal ligation is something to consider. Either way, it’s best to talk to your doctor to find out more information, if not for any reason other than being able to say with confidence that you're aware of all the options available to you.

Anyway, back to those survey results: According to the CDC’s report, 65 percent of 72.2 million women between the ages of 15 and 49 years old in the United States are currently using some form of birth control. Of that percentage, the most common birth control method appears to be tubal ligation, followed by oral contraception, long-acting reversible contraceptives (such as injections and implants), and male condoms. At first glance, it’s definitely surprising that tubal ligation has surpassed the pill, but as the CDC notes, the use of tubal ligation “increased with increasing age.” In other words, the older a woman gets, the more likely she probably is to go through with the procedure.

Keep in mind that, just because one form of birth control is the most commonly used, the most popular, or what’s considered “trendy” at the moment, that doesn’t necessarily mean it’s right for your body. Plus, birth control can be used for more than just contraceptive needs; according to the Center for Young Women's Health, birth control is often used to treat conditions like PMS, intense menstrual cramps, amenorrhea (aka when you stop getting a regular period), hormonal acne, polycystic ovarian syndrome, and endometriosis, among other health issues.

Like anything else concerning your health, it’s important to do your research when it comes to figuring out which birth control is right for you. Schedule a time when you’re able to sit down with your doctor for a few minutes, and have them lay out all the options you have to protect yourself from an unwanted pregnancy. Listen to their general overviews, but also come prepared with questions. Knowledge is power, especially when it comes to your body.