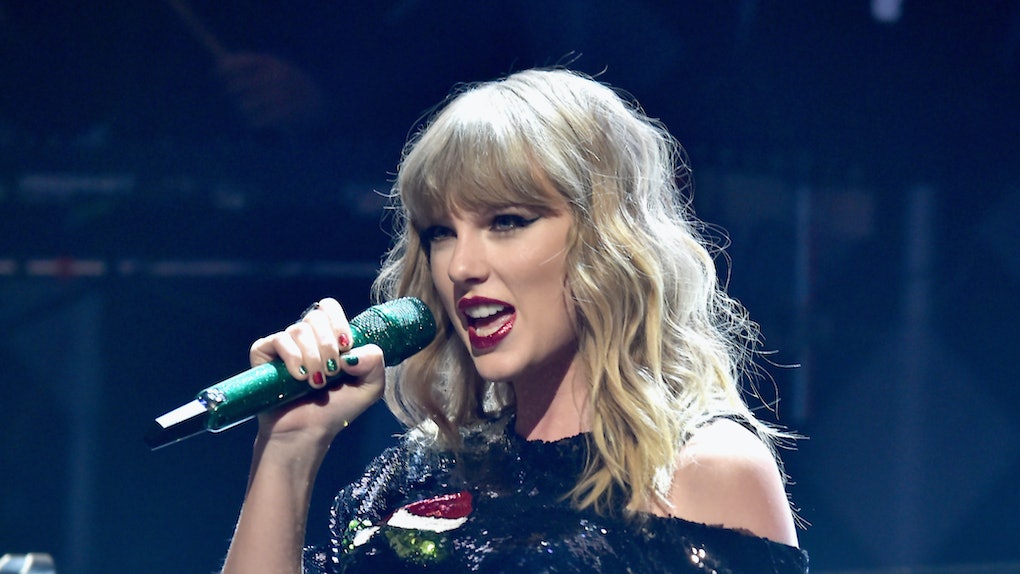 She's back from the dead. (GOOD ONE! Ugh.) Taylor Swift came out swinging in 2017 when she released her smash album, Reputation. Since then, we've been gifted music video after music video and they're all full of awesome easter eggs, references to Swift's life, and, well, her reputation. The meaning of Taylor Swifts "End Game" music video is actually really not as deep as we were expecting. It's all one big party and we really wish we were invited.

First thing's first – Anytime you add Ed Sheeran into the mix, you're setting yourself up for a great time. Swift teased the music video on Good Morning America Thursday morning, Jan. 11, and it pumped us up. The teaser was projected in New York City's Times Square and was full of epic shots of Swift and Sheeran hanging out like two really cool kids doing awesome stuff in big cities. (Deep down, I think we all picture ourselves dancing on the front of a giant yacht, right?)

Swift gave us a heads up about the video dropping at midnight, ensuring we all stayed up way past our bedtimes to watch her get down and dirty on a motorcycle and goof around with her bud.

The real music video was all of that and more. Take a look.

Based on what we see in the video, it seems like the video is about not taking yourself so seriously all the time, and letting loose and having fun with friends to get through those hard times when your "reputation" might precede you.

Initially, when fans heard Ed Sheeran was collaborating on the track, some of us jumped to the conclusion "End Game" might be a love ballad. Then, when we heard the lyrics, we were like, "Actually... wait a minute." More than anything, it seems like Swift and Sheeran are poking fun at the rumors surrounding their relationship, since the video just shows them hanging out as besties.

Big reputation, big reputation /Oooh, you and me we’d be a big conversation, ah /And I heard about you, oooh /You like the bad ones, too

Hm, sure sounds like a friendship tribute to me.