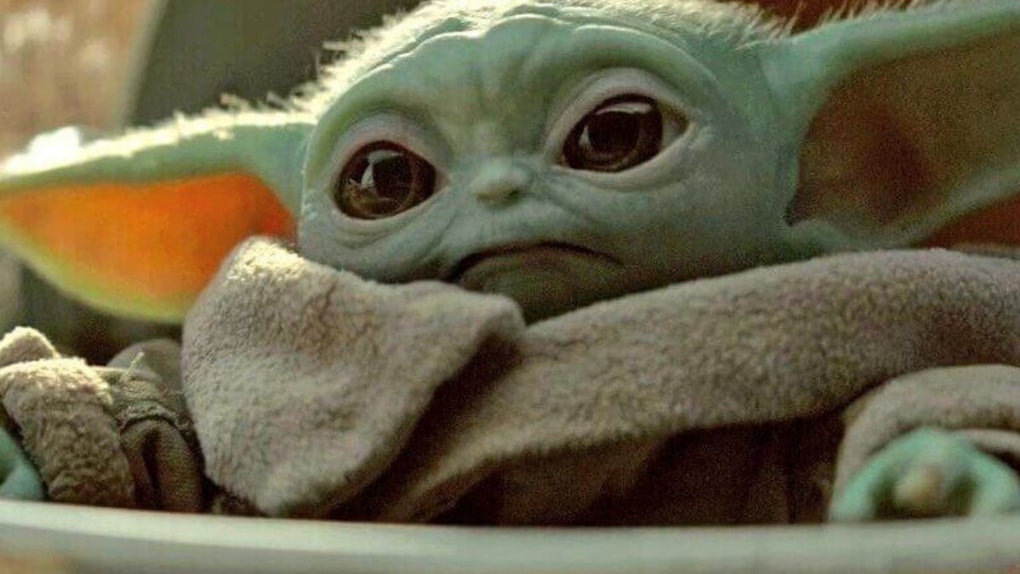 When Disney+ arrived in November of 2019, The Mandalorian came with it. The Star Wars series, which had none of the big screen films' baggage and all of the adorable Baby Yoda goodness, was an instant hit. Since the first season ended in December of 2019, fans have been super eager for the show's return. Luckily, Disney decided to put Season 2 in production before Disney+ launched, which meant the show finished filming before the coronavirus pandemic, which caused Hollywood shutdowns starting in March. Now, Disney+ has announced The Mandalorian's Season 2 premiere date will be just in time for Halloween 2020.

For those wondering about this announcement's timing, the Star Wars Celebration was originally scheduled to fall around the end of August this year in Anaheim. The original dates (which are now rescheduled to 2022) were the weekend of Aug. 27, and there almost certainly would have been a Mandalorian focused panel where this announcement would have gone.

As it is, there were a few virtual events, including the Star Wars Celebration store opening on Monday, Aug. 31, to all comers. It seems that, even without the fan gathering, Disney+ is still treating this week as one for Star Wars news.

Much like Season 1, Lucasfilm and Disney+ are working hard to keep details as under wraps as possible. No trailer came with the date announcement, either. It suggests that The Mandalorian will be treated by Disney the same way HBO treated Game of Thrones, with as little footage as possible given beforehand.

Considering the wild rumors about this forthcoming season, Disney and Lucasfilm's reticence to release details ahead of time is understandable. The biggest twist in The Mandalorian's first season seemed to be the existence of Baby Yoda, but that wasn't true. The *big* twist was when Moff Gideon pulled out the Darksaber, a weapon introduced in Star Wars: The Clone Wars. This weapon was a major factor in all the Star Wars animated series that had previously never been acknowledged by any live-action Star Wars story.

Between the introduction of the Darksaber and the final season of Star Wars: The Clone Wars aired on Disney+ this spring, it brought a raft of stories proclaiming this or that character would move to Lucasfilm's new live-action hit. Everyone from Ahsoka Tano to Darth Maul will supposedly show up in The Mandalorian Season 2 (or maybe Season 3).

The less footage The Mandalorian puts out between now and the premiere, the more fans can be surprised. Until then, everyone will be on pins and needles until the premiere.