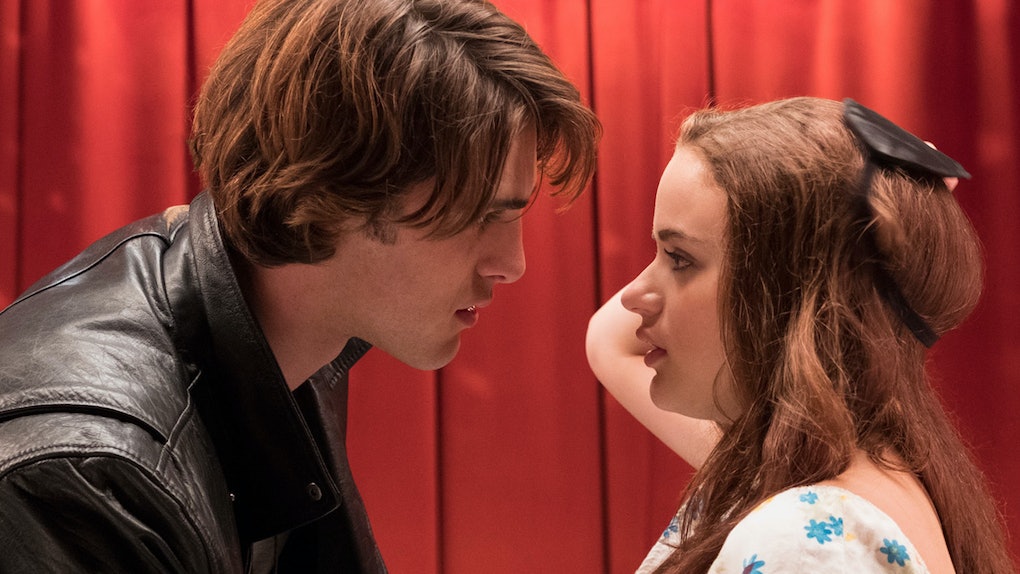 'The Kissing Booth 2' Is Officially Happening, So Get Excited For More Netflix Lovin'

Netflix is setting up its kissing booth one more time. Last summer, the streaming service's original movie The Kissing Booth became one of the big breakout romantic comedies of the year, and now it is back for round two. Fittingly, Netflix used Valentine's Day to announce that The Kissing Booth 2 is officially happening, so get ready for the next chapter of Elle and Noah's love story.

The Kissing Booth premiered on Netflix in May of 2018, and despite being met with overwhelmingly negative reviews from critics, it went on to reportedly be a major success for the streaming service. Netflix reported that The Kissing Booth was its most rewatched movie of 2018, and the company's CCO Ted Sarandos claimed that it was one of the most-watch movies in the country or even the world upon its release. With claims like that, it's no wonder Netflix is jumping back on board for a sequel.

The sequel pick-up also follows closely after Netflix confirmed a sequel for To All the Boys I've Loved Before, a fellow teen rom-com that premiered around the same time as The Kissing Booth and also became a breakout success. Both of these movies have been cited as being instrumental in the romantic comedy boom of 2018, which also included massively successful original rom-coms like Crazy Rich Asians, Set It Up, and Love, Simon. It just seems like people are hungry for romantic comedies right now, and so The Kissing Booth 2 is on its way to give fans more love stories.

The Kissing Booth's stars Joey King and Joel Courtney announced the sequel pick-up in a jokey video that involved them setting up another kissing booth:

Joel Courtney also celebrated the announcement on his personal Instagram:

Notably, Netflix's announcement confirms that The Kissing Booth's three leads will all be back for the sequel — Joey King as Elle Evans, Joel Courtney as Lee Flynn, and Jacob Elordi as Noah Flynn.

The confirmation about Jacob Elordi reprising his role as Noah Flynn is definitely the most note-worthy part of the sequel announcement. Not only did the first movie end with Noah leaving Los Angeles to go off to Harvard, but off the set, Elordi began dating his co-star Joey King and many fans have suspected that the two recently broke up. Since Elordi and King's chemistry is so central to The Kissing Booth, some fans may be worried that a breakup between the two actors could have a negative impact on the new movie.

But at this point it is still unclear how much The Kissing Booth 2 will focus on Elle and Noah's relationship. Nothing is yet known about the direction the sequel may go in, and if Noah is still off on the east coast at college, then he may actually not be in this one as much as the first. Fans will just have to wait to see what happens. The Kissing Booth 2 does not have a release date yet, so keep an eye on your Netflix queue.

More like this
'He's All That': Premiere Date, Cast, Trailer, Filming News, & More
By Dylan Kickham
Is Netflix Making A 'To All The Boys' Spinoff Series About Kitty? Here's The Tea
By Rachel Varina
These Movies & TV Shows Starring 'Shadow And Bone' Actors Are Far From Ravka
By Ani Bundel
Stay up to date