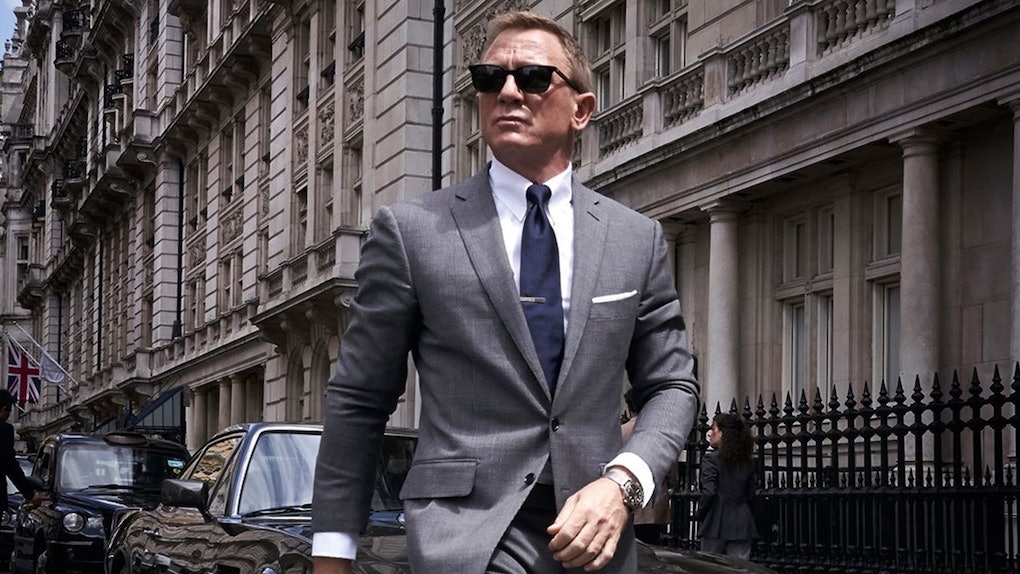 The 'James Bond' 25 Movie Title Promises 007 Will Be Busy

"Bond, James Bond," has been the introduction to one of the most famous spies in the entertainment business for over 50 years. Starting in 1962 with Sean Connery in Dr. No, the character has been played by six different actors on screen in two dozen movies produced by Eon Films. Now, 57 years on, the next film in the series is in production, filming under the title James Bond 25. After months of speculation, the James Bond 25 movie title finally arrived, and it looks like Mr. Bond has No Time To Die.

Like many a James Bond film, this latest one has had its share of behind-the-scenes drama. Initially, the script was supposed to be written by Neal Purvis and Robert Wade, who had worked on the last Bond film, Spectre. But they were cast aside when director Danny Boyle was hired, who planned to write the screenplay with his long-time collaborator John Hodge.

Unfortunately, Boyle didn't last, leaving over "creative differences" and was replaced with Cary Joji Fukunaga, of True Detective fame. New writers came and went, with the final punch ups going to Phoebe Waller-Bridge of Fleabag, supposedly at the request of the franchise's star, Daniel Craig. Craig has also been part of the setbacks though, as an ankle injury on set kept him out of filming action for weeks.

Even with so much upheaval, the movie has stayed relatively on track. The planned premiere is scheduled for April 3 in the U.K. and April 8, 2020, in the U.S.

According to Deadline, the synopsis for No Time To Die is as follows:

Craig stars as Bond, who is relaxing in Jamaica when his old friend Felix Leiter (Jeffrey Wright) from the CIA turns up asking for help. The mission to rescue a kidnapped scientist turns out to be far more treacherous than expected, leading Bond onto the trail of a mysterious villain (Rami Malek) armed with dangerous new technology.

Along with Craig and Wright, other Bond regulars are expected to return, such as Ben Whishaw as Q, Ralph Fiennes as M, Naomie Harris as Moneypenny, Lea Seydoux as Dr. Madeleine Swann, and Christoph Waltz as Blofeld. The new cast includes Ana de Armas, Billy Magnussen, David Dencik and Dali Benssalah in undisclosed roles. Lashana Lynch, it has been reported, will also star as the new "007," as at the start of the film, Bond has technically retired from his position in MI-6.

No Time To Die is expected to be Daniel Craig's last outing with the franchise as the titular Bond. This gaping hole in the U.K. franchise has already led to massive speculation as to who might step into Bond's sleek tux next. But while the rumor mill will churn with possibilities, chances are, no one will let slip the next replacement ahead of No Time To Die's release next April.