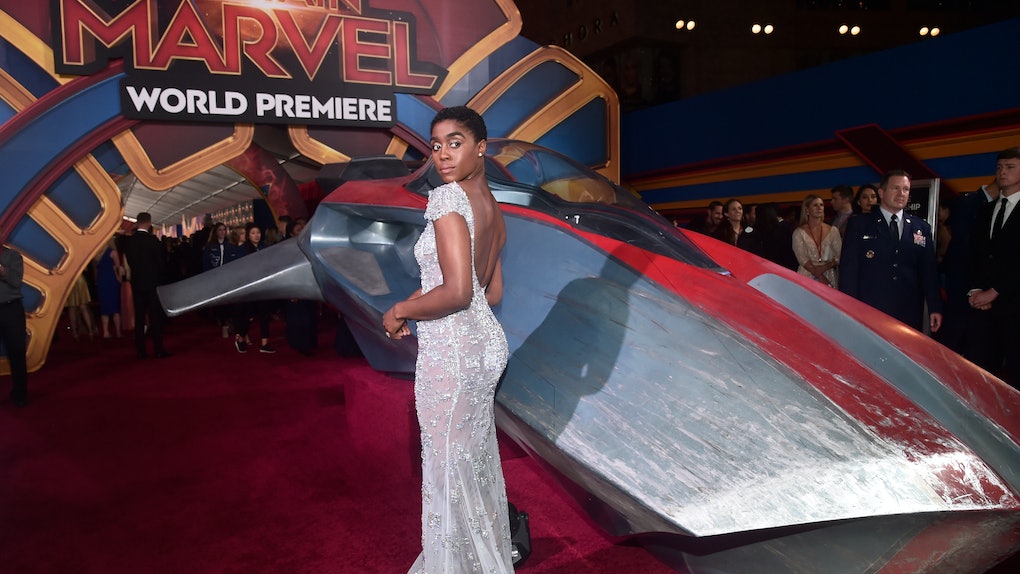 Move over, Daniel Craig. After decades of James Bond as Agent 007, changes are afoot at Britain's top spy department. It's been years since M became a woman, shaking the all-white-male franchise up when Judi Dench took the role. Now, as the 50+-year-old series rolls into its 25th film since 1962's Dr. No, finally fans will start to see some real diversity on screen, as reports claim that 007 is not only a woman but one of color, played by Lashana Lynch. But who is Lashana Lynch, and where have fans seen her before? Turns out, she's jumping from the MCU to the MI-6.

Before going further, let me be clear about the role Lynch is reportedly taken on. Most people will read "007 is a woman of color" and automatically assume this means Bond has been recast, and Lynch is now the face of the franchise. That's not correct. As those who have watched the films faithfully know, an Agent's assignment number is not permanent. For instance, Bond once worked with 006, Alec Trevelyan, played by Sean Bean. But then Trevelyan left the MI-6, meaning his 006 number was assigned to another agent.

At the end of the last Bond film, 2015's Spectre, Bond was disillusioned with his place in the MI-6, and drove off with Dr. Madeleine Swann, in hopes of retiring and having a successful relationship. In doing so, he gave up his 007 status, ready to find a different life, at least until the next adventure came along.

Though he is clearly back in the new film, Bond's number's been reassigned out from under him. The new 007, who is listed in the current IMDb cast list as "Nomi," is played by Lynch.

The production, for the record, has not confirmed this casting, but it hasn't denied it either. Moreover, the idea that the new as-yet-untitled Bond 25 has a prominent woman of color in a spy role makes a lot of sense. Phoebe Waller-Bridge, who created Killing Eve starring Sandra Oh as an MI-6 spy, recently confirmed she was brought in to "punch up" the script. If the writers were adding a woman of color to the spy game, they couldn't find a more experienced writer to make sure her lines, and the reactions of those around her, are not problematic.

Casting the UK-born Lynch, who was last seen as Maria Rambeau in Captain Marvel, as the next 007 is a stroke of genius. Since the series cast Daniel Craig as the current Bond in 2005, there have been rumbles that the next actor to take the role should be either a woman or a person of color, with many suggesting Idris Elba would be perfect in that regard.

But the franchise is clearly wary of such a move, especially since the character of Bond, with his privileged attitude, would have to fundamentally change. Having the Agent number 0007 taken over by a woman of color, and yet having her not be Bond, is a perfect compromise. It threads the needle in such a manner that fans can feel satisfied, even if (mostly like when) the franchise announces another white male Bond will succeed the role after Craig.