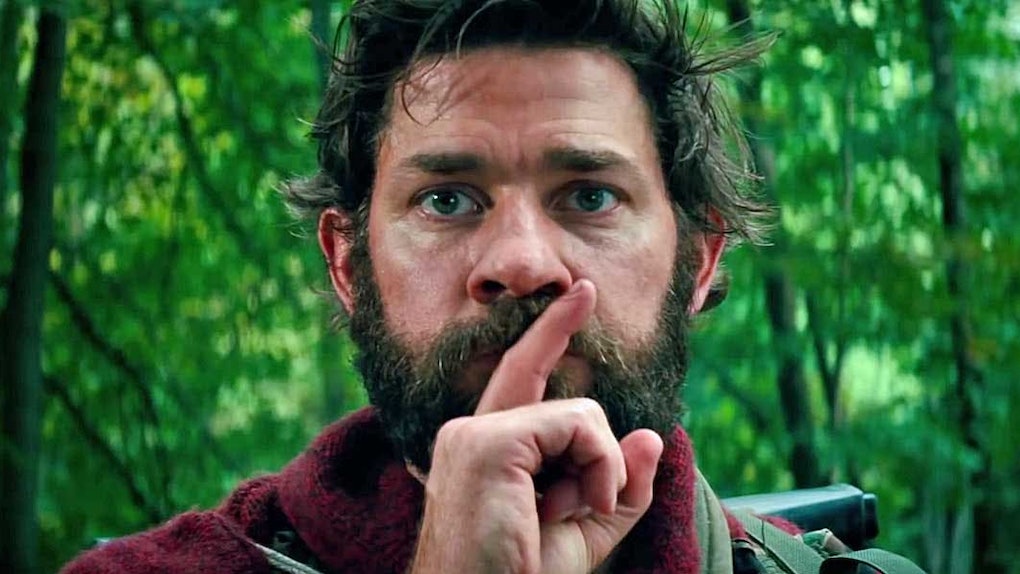 The Horror Film You Should Watch This Halloween, According To Your Zodiac Sign

As soon as October begins working its magic through you, it's definitely time to start marathoning horror movies. What better way to celebrate the spookiest time of year is there? As for me, I can't get enough of them. Even though I definitely have an overactive imagination and I spend the aftermath of the movie wondering if I'll end up getting any sleep that night, the adrenaline rush that you feel while watching a terrifying flick is beyond satisfying. A good horror film taps into some primal fear for your life, and although it's not without stressful consequences, there's something about it that can make you feel... alive. If you want a quick guide for what movies you should add to your list, look no further than the horror film you should watch this Halloween, according to your zodiac sign.

While some of you may be total scaredy cats who abstain from horror films altogether, others feel comforted by terrifying concepts. I know, it's hard to imagine, right? How can those blood-curdling screams, demonic entities, and vicious murders actually soothe someone's soul? Well, I don't have all the answers. I just know that when it's Halloween, making a solid horror movie your lullaby before bed is the right way to honor the most haunting holiday of all.

An Aries is naturally in tune with their inner child. Watching Pennywise, "The Dancing Clown," prey on a small town's young children by manifesting their darkest nightmares will make this zodiac sign feel completely terrified. If anything, it's his creepy, playful smile that'll continue to haunt them.

A Taurus is all about keeping their home life safe, secure, and stable. Watching a young teenage girl try to protect her family while simultaneously being hunted by a deadly demon will have this zodiac sign's hairs standing on end. The worst part? Supposedly, this movie is based on a true story.

Communicative and conversational Gemini would be frightened down to their bones by the thought of a world in which you couldn't utter a sound. If speaking their mind summoned a man-eating alien with a mission to wipe out all of humanity, a Gemini would be absolutely screwed.

Family is everything to a Cancer. However, family is not always what it seems, and when confronted with the thought that your mother's family may be harboring evil and diabolical secrets, a Cancer is chilled to their very core. If you can't even trust your family, what else is there?

A Leo loves being the star of the show. However, being the "chosen one" isn't always all it's cracked up to be. Thinking that, perhaps, being special could also wind up being a curse would make a Leo rethink everything. Sometimes being the center of attention has horrific consequences.

Organized, thorough, and strategic Virgo is always prepared for any situation, even the apocalypse. They probably think they'd be the only ones to survive. However, survival has its own consequences, and sometimes, the people you need to rely on for help wind up being your greatest enemy.

Partnership-oriented and lusty Libra is always intrigued by a romantic prospect. However, no matter how attractive your recent fling may be, it's undeniable that it's difficult to know what their true intentions are. When sex can turn into a lifetime of pure terror, a Libra is completely horrified.

Always fascinated by the dark side of the universe, a Scorpio is both terrified and intrigued by unseen forces, especially when it takes place during the creepy colonial era. Because horror is inevitably their thing, the fact that there's a fascinating twist involved leaves them totally gripped.

Adventurous and multi-faceted Sagittarius can relate to the idea that there are many different people living inside of them. However, their deepest fear is being unable to control those various people, and watching someone with multiple personalities become a full-blown monster is terrifying.

Career-driven and wealth-oriented Capricorn has probably daydreamed about stealing all the money in the world for themselves. However, the dire consequences that could result from actually acting on such an impulse keeps them in check. If they'd like to see those consequences, look no further.

An Aquarius is always terrified by the political unrest that lurks within the fabric of society. Aware of all the bigots out there who aim to hurt others, the idea of such an elaborate scheme of oppression truly sends chills down their spine. Nothing is worse than something that seems like it could be real.

A Pisces naturally has an overactive imagination and the unknown is inherently scary to this dreamy zodiac sign. The thought of an evil that lurks within your home is enough to make them rethink anything out of the ordinary. Especially when it's about surviving during the apocalypse.

This article was originally published on Sep. 28, 2018