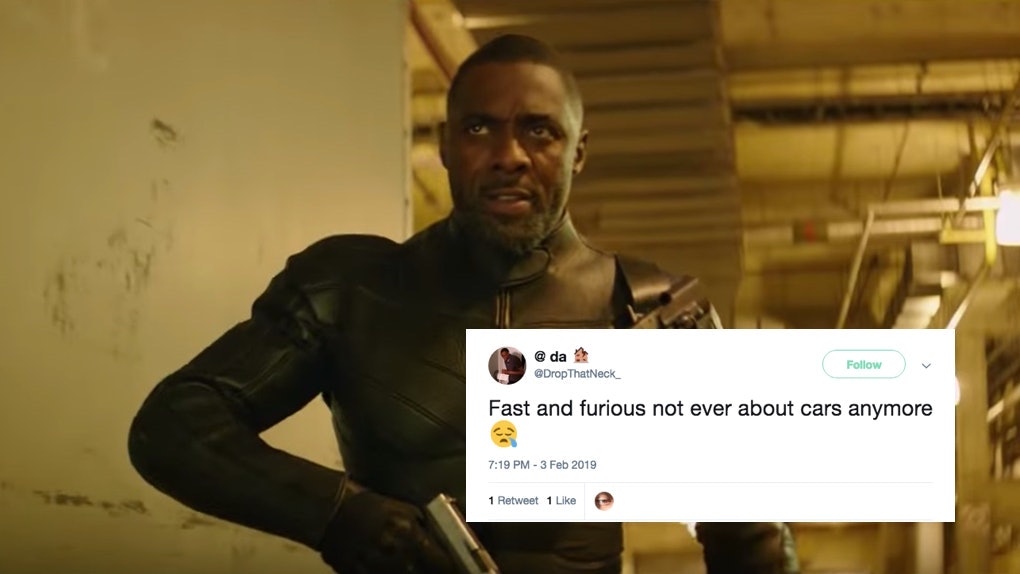 There's a question that's kept me up at night for longer than I may be willing to admit: Exactly how many Fast & Furious movies are there? Seriously, does anyone know? Even the actors in the actual movies? Surely at least one person has lost count, too, right? I'm not knocking the movies at all, BTW. Honestly, based on the Fast & Furious Presents: Hobbs and Shaw Super Bowl trailer alone, I'm looking forward to seeing the next film in the series.

Here's the thing about Hobbs and Shaw, though: It's actually not technically part of the original Fast & Furious series. It's a spinoff from the franchise, named for the series' characters Luke Hobbs (played by Dwayne "The Rock" Johnson) and Deckard Shaw (played by Jason Statham). So, in that sense, I guess if I were trying to round up how many Fast & Furious movies there are altogether, Hobbs and Shaw wouldn't exactly fall into the same group as the others in the original franchise. Or maybe it would? This will probably still keep me up at night.

ANYWAY, the Hobbs and Shaw trailer really did catch my eye among the sea of Super Bowl commercials this evening, and fans on Twitter had quite a lot to say about it as well.

For one thing, it seemed abundantly clear to everyone, based on the new movie's trailer at least, that Hobbs and Shaw won't exactly have a huge focus on cars, which, you know, really shows how far the Fast & Furious franchise has come over the years, wouldn't you say?

And some people are kind of just wondering why Hollywood has decided the world definitely needs another Fast & Furious movie, even one that's technically a spinoff of the original series.

Maybe you didn't believe me when I said the Hobbs and Shaw trailer caught my eye during the Super Bowl, but I mean it, y'all, and it was all because of one person: Idris Elba. Elba's new to the Fast & Furious movie scene, and according to Variety, he'll make his debut in the franchise as the main villain in Hobbs and Shaw. Basically, the plot of the film will have special agent Hobbs (Johnson) and "criminal mastermind" Shaw (Statham) set aside their own apparent hatred for one another so they can try to defeat Elba's character. Cute storyline, right? Just two muscular dudes who live crime and stuff, getting past their differences so they can ~fight against evil~ and ~save the world.~ I'm still a bit fuzzy on where/how/if cars, race-car driving, etc. come into the whole thing, but I guess that's just TBD? I'll let you know.

For now, it definitely seems like the storyline in Hobbs and Shaw has more of a superhero vibe to it than anything else.

Some fans on Twitter seem like they're intrigued by this new direction in the franchise, while others seem to feel like the series has maybe jumped the shark a little bit.

Personally, I will gladly keep watching Dwayne "The Rock" Johnson on the big screen for as long as he wants to keep doing these movies. I mean, come on — he's an endearing guy, and he genuinely seems excited about the new Hobbs and Shaw film. On Friday, Feb. 1, Johnson tweeted, "Get your popcorn & tequila ready for our official WORLDWIDE @HobbsAndShaw trailer! We have the baddest bad guy & biggest showdown the #FastFurious franchise has ever seen. And my pasty partner is a real a**hole. #HobbsAndShaw#Besties."