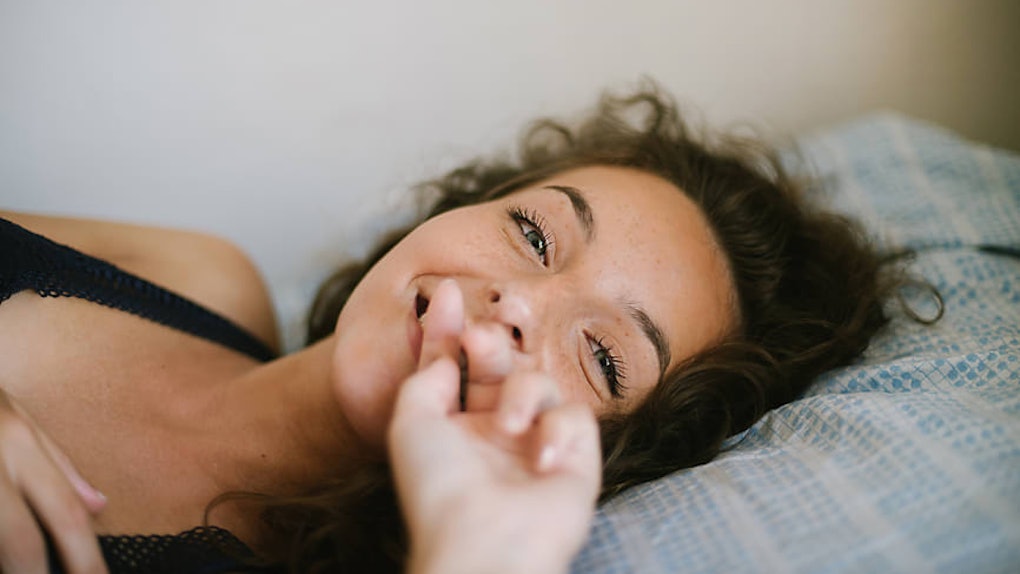 Have you ever slept for only like, four hours, and yet you felt bizarrely on top of things the next day? Days like that can kind of make you wonder if the best amount of your sleep for your body isn't actually as much as experts say. I know I've definitely had these days myself, so I've had my doubts. However, new research confirms what you've probably heard over and over, but perhaps refuse to accept, or at least put into practice on a regular basis: Sleeping for six to eight hours a night is the way to go in terms of taking care of your health. More specifically, the new research says this "sweet spot" is crucial for maintaining a healthy heart.

In fact, the research, which was recently presented at the 2018 European Society of Cardiology (ESC) Congress in Germany, showed that consistently getting less or more sleep than that six-to-eight-hour range can be detrimental to your heart health. According to an ESC press release, the goal of research was to look into the link between heart disease and sleep duration, and in order to do this, the researchers did something called a "meta-analysis," meaning they looked at the results of several previous studies on the same subject in order to reach their conclusions. Study author Dr. Epameinondas Fountas said in a statement,

We spend one-third of our lives sleeping yet we know little about the impact of this biological need on the cardiovascular system.

So, in order to learn more about the relationship between these two things, the researchers analyzed the results of 11 different studies, all of which have been published within the last five years, and in total, included over 1 million healthy adults (i.e. who didn't have any instances of heart disease), according to the ESC press release. For their research, Fountas and his team divided all of these participants into three groups: those with "short" sleep duration (which the researchers deemed to be less than six hours), those with "long" sleep duration (over eight hours a night on average), and the rest of the subjects, who reported sleeping about six to eight hours a night, were considered to be the study's "reference group."

Before you freak out about your own sleep schedule, though, it's important to note, as Fountas pointed out in the study's press release, that more research is still needed to confirm these findings:

Our findings suggest that too much or too little sleep may be bad for the heart. More research is needed to clarify exactly why, but we do know that sleep influences biological processes like glucose metabolism, blood pressure, and inflammation — all of which have an impact on cardiovascular disease.

Having the odd short night or lie-in is unlikely to be detrimental to health, but evidence is accumulating that prolonged nightly sleep deprivation or excessive sleeping should be avoided.

So, there's probably no need to worry about your health if you sometimes stay out late on the weekend and sleep in until 2 p.m. the next day, and the same goes for the occasional sleepless night — it happens to everyone, you know?

But if you're starting to think that maybe your sleep schedule isn't as consistent or as healthy as it should be, there are definitely ways to get your bedtime back on track. According to lifestyle counselor and nutritionist Sara Siskind, it's all about routine and practicing sleep hygiene. "Our body’s internal clock becomes stabilized when you habitually get up at the same time daily," she tells Elite Daily over email.

Along with creating a nighttime ritual that helps you feel relaxed in the evening, Siskind recommends challenging yourself to go to bed and wake up at the same times each day, for at least 21 days straight (weekends included), and see how you feel after the fact. Once you get committed to really doing the same thing each morning and night, you might just be surprised by how much better you feel overall.