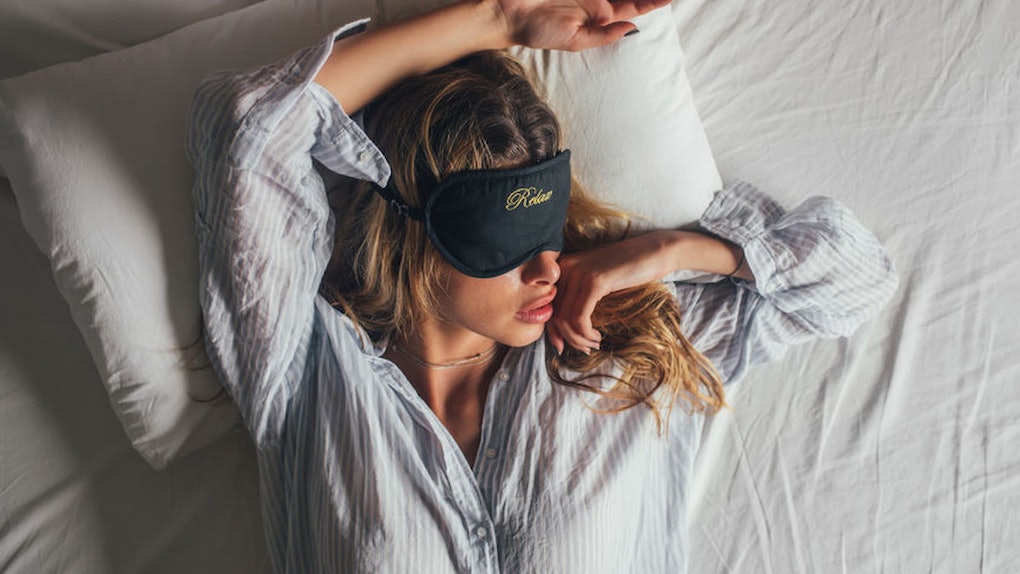 How Many Hours Of Sleep Is Enough? Science Says Quantity Isn’t As Important As This One Thing

While I definitely consider myself to be a morning person, one of my favorite things about the weekend is the opportunity for a few extra hours of shut-eye. But all too often, I wake up from these Saturday snooze-athons feeling more exhausted than I ever do during the week. So how many hours of sleep is enough? According to a new research review of 74 different studies on the subject, that might be a less important question than asking how consistent your sleep schedule is.

According to the analysis, which has been published in the Journal of the American Heart Association, getting either less than or more than the recommended seven to eight hours of sleep each night could lead to some pretty scary side effects. Business Insider reports that the research review carries potentially bad news for those of us who love spending as much time as possible sleeping, because getting 10 hours of shut-eye per night, the research showed, was associated with a 30 percent increased risk of dying, a 56 percent increased risk of stroke, and a 49 percent increased risk of cardiovascular disease. But if that wasn't terrible enough, the report also found that, besides the risks of hanging out on either end of the sleep-time extremes, it's also potentially harmful to vary your sleep routine too much. According to the study authors, "the greater the divergence from the recommended durations of sleep, the greater the association for cardiovascular harm and mortality."

In other words, aiming for those seven to eight hours of rest each night is your best bet, but more importantly, sticking to a consistent sleep schedule is what will make your body happiest in the long run.

Now, if all of those negative side effects sound a bit extreme, keep in mind that the research review, as Business Insider pointed out, does have some limitations. For instance, several of the responses related to how long participants slept and how well they slept were self-reported, which means their answers may have been a bit biased and not totally objective.

But here's the thing: According to Chris Brantner, a certified sleep science coach and and founder of SleepZoo, too much snoozing really can be just as bad for you as pulling all-nighters on a regular basis. "While too little [sleep] is obviously not good for you, getting too much sleep is associated with many of the same negative effects of short sleep," he tells Elite Daily over email.

But, as Brantner explains and as the research shows, perhaps more important than ensuring you get exactly seven hours of sleep per night, is making sure you stick to a consistent sleep schedule. Your body may need a little more or a little less sleep than that seven-hour mark, but getting about the same amount each night is what's most important. And keep in mind, according to the Better Sleep Council, you can’t ever completely make up for sleep you’ve lost, or bank sleep for the future, so 10 hours of blissful snoozing on Sunday isn't going to balance out the five hours you snuck in on Saturday night.

So how do you stay consistent with your sleep schedule? According to Brantner, it's all about training your body to get into that rhythm. Making the decision to follow a set schedule, while seemingly obvious, will eventually become second nature. "If you set a bedtime of 10:30 p.m. and a wake time of 6:30 a.m. and stick to the general range, barring a medical condition or bad sleep hygiene," he tells Elite Daily, "odds are your body will adjust and not want to sleep in." And if you're suspicious of your willpower to stick to a strict sleep schedule, don't worry: Brantner says your body is smarter than you think it is, and before you know it, you'll subconsciously begin to anticipate your regular bedtime and naturally wind down at the appropriate time — even on weekends.

And yes, if you really do care about your sleep health, Brantner says you should definitely try to maintain that consistency in your bedtime on weekends, in addition to weekdays. Of course, if you're anything like me, forcing yourself to wake up at the same time you do for work or school on a Saturday sounds a little like torture, but Brantner says your body genuinely craves this routine, whether you feel that consciously or not, and with a little time, you will adjust.

In fact, even your case of the Mondays could be traced back to unhealthy sleep habits, according to Brantner. He tells Elite Daily, "I hold a theory that the main reason people hate Mondays is because of their poor sleep schedules. They wake up early all week, but then stay up late and sleep in on the weekends." Because your body is constantly trying to adjust to a new schedule, Brantner explains, you're never quite feeling like your best, most energetic self.

Hopefully your best self is ready to start waking up early, even on your precious Saturdays. If nothing else, do it for your future Monday self.