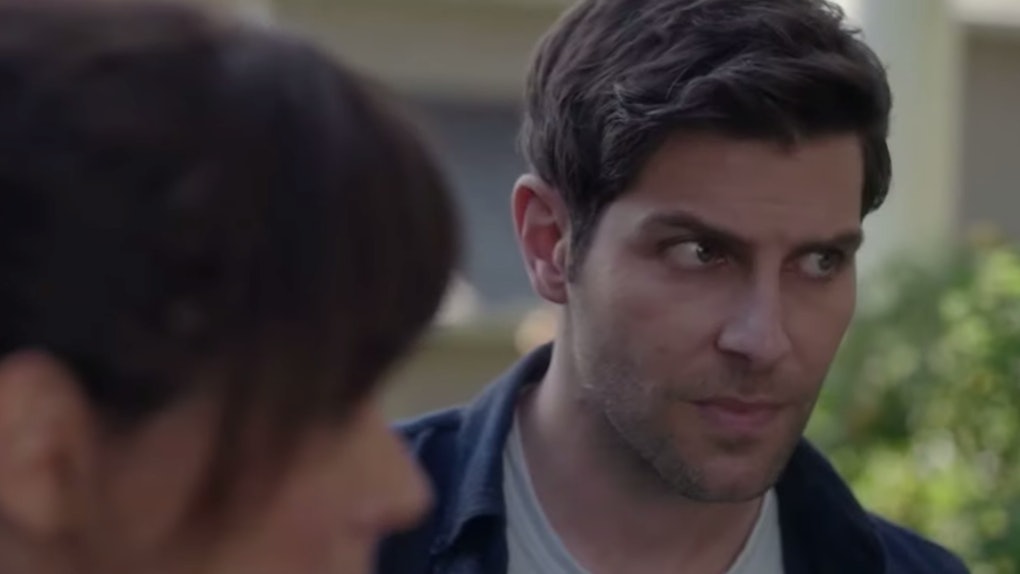 The 'A Million Little Things' Season 2, Episode 7 Promo Is SO Intense

I don't know if Lizzo exists in the A Million Little Things universe, but I do know these characters are very familiar with the concept of "truth hurts." Most of the conflicts in this ABC drama center around lies and secrets, and according to A Million Little Things' Season 2, Episode 7 promo a lot of the cold, hard facts are finally going to be brought to light. Truly, the tension in the new video is so palpable, you're going to be 100% nervous about the upcoming drama.

Warning: Spoilers for Season 2, Episode 6 of A Million Little Things follow. In all seriousness, things are getting really real for Eddie, Gary, Rome, and company. In Episode 6, Rome revealed to Regina that he suspects Jon could be PJ's real father, which complicates things since PJ and Sophie (who is definitely Jon's offspring) met and had something of a spark. Of course, they're not going to want to tell Sophie that PJ might be her half-brother until they know for sure, so that's going to be a secret weighing heavily on them as they try to keep the teens from growing closer.

Then there's Gary, who recently found out that he may have to give up Colin, since it was revealed that the dog's original owners have been looking for him ever since Gary picked him up off the street. At the end of Episode 6, it seemed like Gary was going to pretend he never learned the truth about Colin's former owners, but being the good guy he is, he'll likely revisit that decision.

But perhaps the biggest reckoning with the truth will come from the twisted triangle that is Eddie, Katherine, and Delilah. In Episode 6, Katherine dropped a bomb on Delilah, telling her she wants to let the kids in on the secret about who Charlie's real father is. In the upcoming episode, it looks like Eddie will be brought into that conversation as well.

Here's the full description of the episode:

The gang gathers for Theo’s 10th birthday, which is also a significant milestone for Eddie. Meanwhile, Delilah, Eddie and Katherine are at an impasse about revealing the truth about Charlie; Rome and Regina try to keep Sophie from getting too close to PJ, and Maggie helps Gary make a difficult decision about his dog, Colin, on a new episode of “A Million Little Things,” airing Thursday, November 7th, on ABC.

As the synopsis mentions, the episode — which is titled "Ten Years" — will take place during Theo's 10th birthday, which also signifies Eddie's 10-year sobriety anniversary. Since Jon played a big role in Eddie's choice to quit alcohol, fans might want to brace themselves for an emotional period of reminiscing — and maybe queue up some Lizzo to dance away the pain afterward.

A Million Little Things continues at 9 p.m. ET on Thursday, Nov. 7, on ABC.

More like this
The 'A Million Little Things' Season 3, Episode 12 Promo Brings In Gary's Dad
By Umber Bhatti
This 'The Handmaid’s Tale' Season 4, Episode 5 Promo Shows June In Chicago
By Ani Bundel
The 'Mare Of Easttown' Season 1, Episode 4 Promo Is Full Of Suspense
By Ani Bundel
Stay up to date