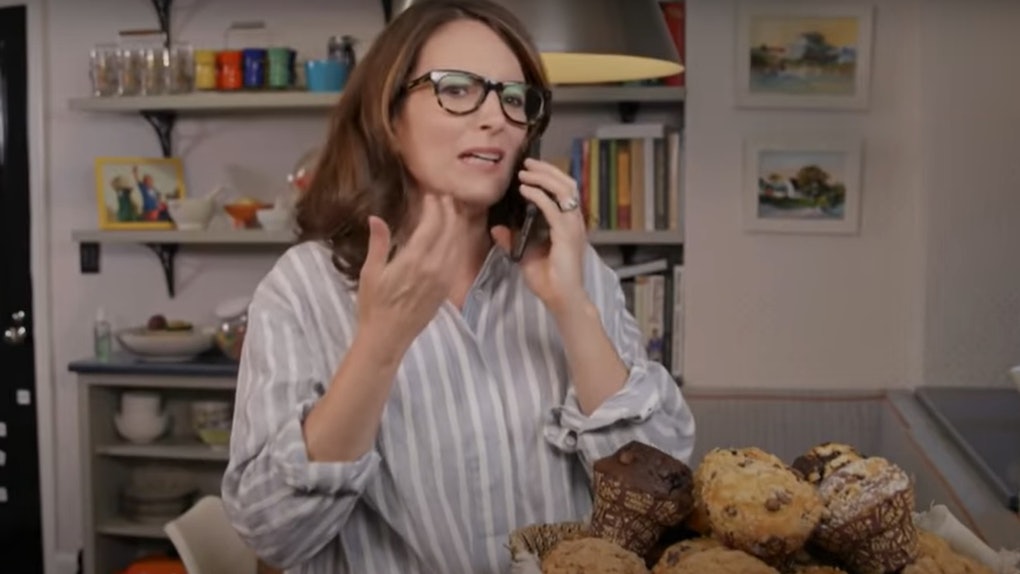 The 30 Rock reunion is coming so soon, and NBC released a trailer to get fans even more excited. The popular show's reunion brings back Tina Fey, Alec Baldwin, Tracy Morgan, Jane Krakowski, and Jack McBrayer for a special one-night event. The 30 Rock reunion special trailer shows how Liz Lemon is handling quarantine, and it's hilariously relatable.

The trailer, uploaded to NBC's official YouTube channel on Friday, July 10, runs for a mere 40-seconds, flashing through the original cast members and promising the same attitude viewers knew and loved about Fey's character Liz Lemon. The one-hour special was announced by NBC on June 16, 2020. "We're all happy to have this excuse to (remotely) work together again for NBC," said 30 Rock creators Fey and Robert Carlock in the press release. "To quote Kenneth the Page, there are only two things we love in this world, television and everyone."

The special is set to air on Thursday, July 16 at 8 p.m. on NBC and will be ad-free. If you miss the official air date, it will air again on USA, Bravo, E!, Oxygen, Syfy, and CNBC on Friday, July 17 at 9 p.m. It will also be available to stream on NBC's new streaming service, Peacock. The cast and crew produced the show remotely due to the coronavirus pandemic.

The trailer shows Liz Lemon walking down a street in NYC with a mask on, which features a graphic print of a nose and open mouth. As she's walking, she stops and notices a man who is not wearing a face mask. "No mask, hotshot?" she says. She leans closer to him and asks, "Scared of the virus now?" The man, getting nervous, says, "I already had corona. I was on my way to donate plasma," before darting away from her.

“Boom! Another successful interaction with a man," she shouts.

After flashing through some shots of the other cast members, the trailer shows Liz, talking on her cell phone. "How did you slap me?" she asks, touching her face before the shot moves to Jack Donaghy, Baldwin's character. "I have the iPhone 40," he says.

You can watch the full trailer above.

During its successful run on NBC from 2006-2013, 30 Rock won a total of 16 Emmys, seven Golden Globes, and cemented its status as a fan-favorite sitcom. As of 2020, NBC says the series holds the record for the most Emmy nominations in a single season for any comedy series.

Don't forget to tune in to NBC at 8 p.m. on Thursday, July 16, to catch the 30 Rock reunion special to see what antics Liz Lemon gets up to.