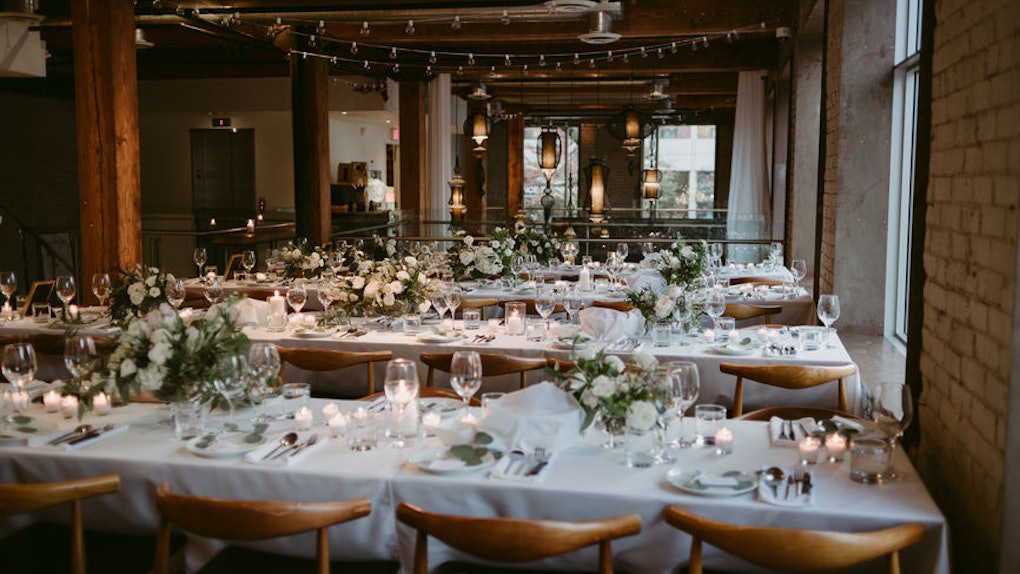 If you are currently in the midst of planning a wedding, then I don't need to tell you how stressful it can be. Honestly, I thought about eloping probably a dozen times while planning my own wedding, and there's a reason I'm not alone in that feeling. It's hard! You have to stick to your guns while also following a budget and keeping in mind that there are plenty of people just waiting to tell you how you should plan your wedding. When you put together your guest list, for instance, there will probably be people who won't make the cut, and you might worry that they'll feel hurt. That's why telling relatives they’re not invited to your wedding is so tricky, because emotions are involved, and it can be difficult to know what to say.

First of all, it's important to remember that "it’s totally fine to skip some relatives," Susan Trombetti, CEO of Exclusive Matchmaking tells Elite Daily. "For example, you might tell them no children under the age of 12. Maybe you don’t invite distant cousins, or just invite the ones you are close to because it’s not a family reunion after all." But, if you don't invite them, you'll likely have to explain why at some point — right?

So, how do you explain that? Should you just straight-up tell your second cousin's husband that he didn't make the cut? Well, Trombetti says that it's important to be honest, but kind.

Trombetti maintains that it's not crucial to reach out to someone who wasn't invited unless they just ask you and demand an answer in some way. "I don’t really think you have to do anything," she says. "It’s your day. If put on the spot, just explain that you hope they understand it was a matter of finances." It's really as simple as that. Most people understand that weddings are expensive, and that sometimes couples need to cut back on the total number of guest in order to save some money. If someone pushes back too much, then remember that it's your wedding, and you don't have to deal with it.

For instance, "If it’s a matter of bad behavior such as they drink too much and create a scene, you don’t need to explain and engage," Trombetti says. As far as wedding planning goes, you absolutely do not have to explain your decisions to everyone. "Leave it to someone else to tell them you don’t want your wedding ruined and they should clean up their act." It can be rough, but it's also not your job to coddle anyone's feelings.

As fun as weddings are, they can also be extremely stressful, and it can be difficult to discern what's your responsibility as the one getting married. "Remember, it’s your day but it’s one of many in your married life," Trombetti says. "Is this one day worth the lifetime of hurt feelings that will live on past that one day?" It's ultimately up to you — you deserved to get married on your terms, with your dream guest list.