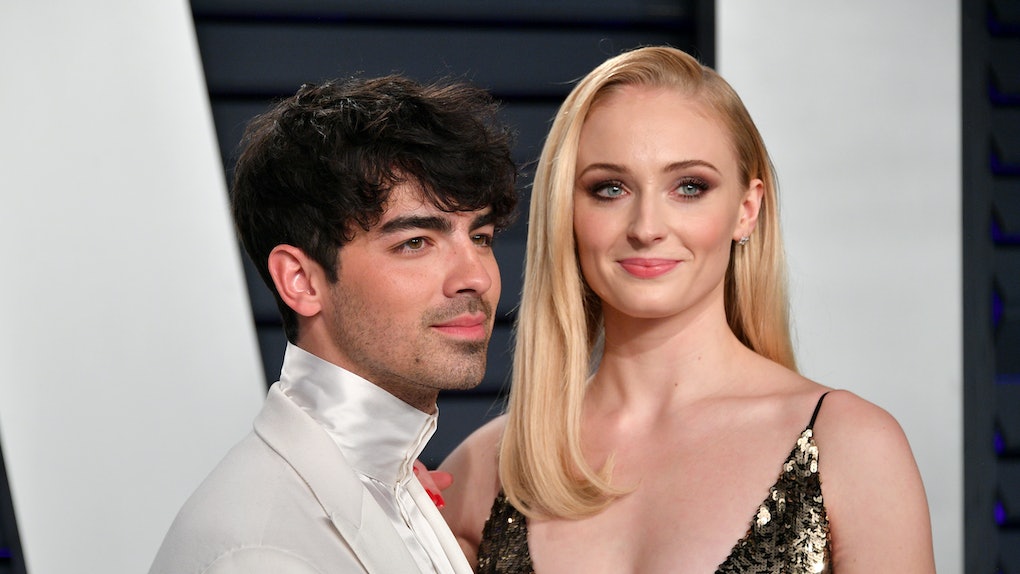 Just when I was getting used to the idea that all of the Jonas Brothers have tied the knot, I learned that two of the Jo Bros are now in their 30s, and wow, do I feel old. Though Sophie Turner's Instagram for Joe Jonas' 30th birthday came as a bit of a shock (seriously, how can he already be 30?), the utter adorableness of her post did help soften the blow. In her Instagram story, she posted a very sexy pic of the middle Jo Bro against a gorgeous sunset backdrop along with the caption, "Happy 30th to my love and the best thing that's ever happen to me @jonjonas I love you." Yes, that sound you just heard was me happy-squealing.

Turner doesn't tend to get overly-sentimental when it comes to her Instagram posts. Pics of her and Jonas are usually just captioned with a simple heart emoji or a short phrase, so seeing her gush is pretty uncharacteristic, and I'm here for it. The big 3-0 is a major milestone of a birthday, after all — if there's ever a time to say how you feel on Instagram, it's when your new husband enters a new decade of life.

Though she doesn't often use the social media platform to say just how much she cares about her partner, Turner doesn't hold back when it comes to interviews. During an appearance on Dr. Phil's podcast, Phil in the Blanks, back in April, Turner opened up about her struggle with depression, telling Dr. Phil just how supportive her then-fiancé was when it came to her depression. "When someone tells you they love you every day it makes you love yourself," she said of Jonas.

Turner later added that it was Jonas' ability to remind her of her best qualities that helped her learn to love herself again. "I love myself now, or more than I used to," she said. "I'm now with someone that makes me realize, you know, that I do have some redeeming qualities, I suppose, and when someone tells you they love you every day, it makes you realize why that is, and I think it makes you love yourself a bit more." What more could you want from a partner than someone who doesn't just love you, but reminds you why you should love yourself?

Following their dreamy wedding in France, Jonas and Turner have had a tough couple of months together. The newlyweds lost their second dog, Waldo, at the end of July when he was struck by a car during a walk in New York City. The couple mourned together by getting matching tattoos to commemorate their sweet pup, and they also reportedly started seeing a therapist together to cope with the unexpected loss. These two are definitely already putting the "for better or for worse" part of their vows to work, and if they can make it through this, then I have a feeling that they can make it through other challenges that may come their way.

I may not be ready to accept that you're officially in your 30s, Joe, but I wish you the happiest of birthdays regardless. Sophie may claim that you're the best thing that's ever happened to her, but I suspect that the feeling is mutual.