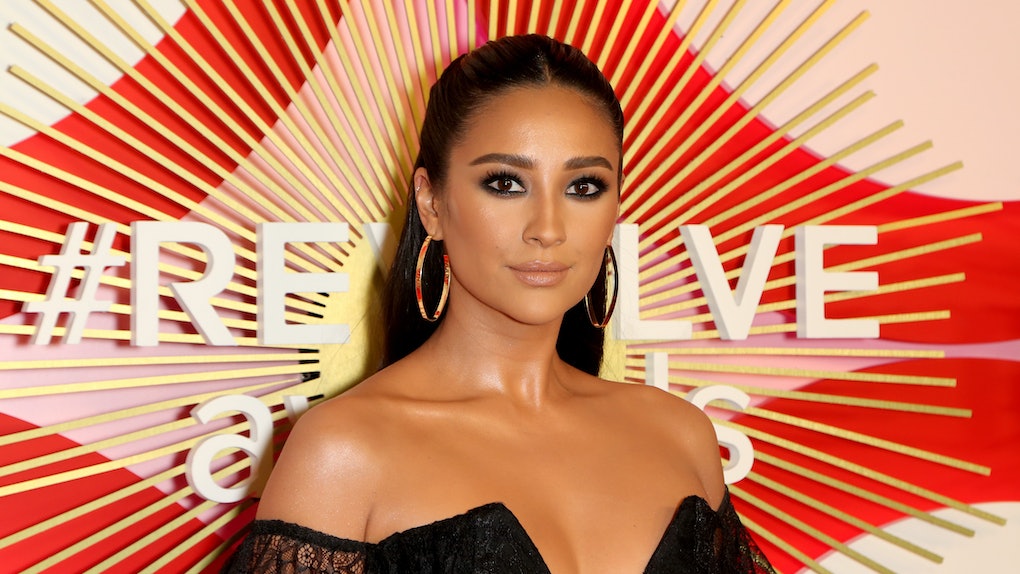 In the hours leading up to midnight on Jan. 1, 2019, Instagram was flooded with stories collaging user highlights from the past year. I’m sure I don’t have to remind you that social media is, more or less, one giant highlight reel throughout the planet’s entire 365-day rotation around the sun, and that you’ll rarely see the struggles friends and family are going through depicted across their profile. Recognizing this, Shay Mitchell opened up about her miscarriage on Instagram as her way of saying goodbye to 2018, and shedding some light on her own experiences throughout the year, both good and bad. The actress’ story might bring you to tears, but the message she hopes to spread by sharing this experience is something I think we all can learn from.

According to the American Pregnancy Association, an estimated 10 to 25 percent of all “clinically recognized pregnancies” end in miscarriages. Furthermore, per the association’s statistics, miscarriages typically happen during the first 13 weeks of pregnancy — i.e. sometime during the first trimester — and some women may not even realize they’ve conceived if the child is lost early on/around menstruation.

Though the The Possession of Hannah Grace star didn’t say when exactly her miscarriage happened in 2018, the specifics of her experience don’t really matter. What’s important is that Mitchell is healing with grace, that she is gentle with herself and her body, and the fact that the 31-year-old actress feels comfortable sharing her story with fans, which, on its own, speaks volumes.

After sharing a few of her favorite memories from 2018, Mitchell admitted to her followers that, as amazing as the past year was for the actress, the year did not pass by without hardship. The next slide revealed a photograph of a sonogram captioned with a single broken heart emoji, and I think it’s safe to say that anyone who follows Mitchell on social media felt their heart break for her in that moment.

From there, Mitchell continued to send a message to her followers that, although social media has, essentially, become a digital showcase for the good things in life, you and I, and even celebrities, experience hardships and challenges. Your social feed might not always be an accurate depiction of other people's real lives, but everyone is human, and with the good, comes the bad.

To shed light on her own shadows, the former Pretty Little Liar explained to fans that, amidst the Shaycations, the movie scripts, and the accessory lines, 2018 also held one of her "darkest days." She wrote in her Instagram Story,

Having so many people follow me on Instagram and read my posts is both incredibly humbling and hugely uplifting. The support and affection that so many of you show me lifts me up during even my darkest days, one of which happened last year after I miscarried and lost the child of my hopes and dreams.

As per the statistics from the American Pregnancy Association, miscarriage is relatively common. However, it’s not often discussed or publicized, particularly because it’s a very emotional, as well as physically challenging experience for the person who endures it. I can only hope that, in sharing her story, Mitchell feels a sense of comfort, support, and that fans have reached out to let her know she isn’t alone. But, as moving as it is to have a celebrity like Mitchell come forward and be so open about her loss, it’s the way in which she's turned this negative into a positive, into a message of hope, that truly speaks to her courage, strength, and character.

To conclude her story, the BUXOM cosmetics ambassador shared that, going into 2019, she hopes that everyone will remember that, despite what you see on social media, you never really know what someone is going through behind the scenes of that boomerang, once they've stopped smiling for the camera — which is why, on that note, Mitchell is asking of you, of her fans, to "be a little more compassionate, empathetic, patient, and thoughtful with each other," she wrote. Something, I think, we all are capable of.

Becoming a more compassionate person as a whole is, I think, a fantastic New Year’s resolution we could all benefit from setting. But in this particular instance, it’s even more important that if you, or someone you know, has, or is currently experiencing, the emotions that come with miscarriage, that you put that compassion and genuine kindness into practice. You may not understand what the other person is going through, but offering your support or a shoulder to cry on to a loved one going through it is always appreciated.

Dr. Narges Farahi, a family medicine physician at University of North Carolina, Chapel Hill and fellow with Physicians for Reproductive Health, tells Elite Daily that, oftentimes, a miscarriage can bring up a mix of emotions, such as "sadness, grief, guilt, [and/or] relief." For some, she adds, miscarriage can also "worsen underlying depression or anxiety."

Unfortunately, says Dr. Ellen Joyce, a New Hampshire-based OB/GYN and fellow with Physicians for Reproductive Health, there's also a strong stigma surrounding pregnancy loss, and as a result, she explains, many women tend to feel shame and blame themselves for a miscarriage, even though "these are circumstances beyond anyone's control," Dr. Joyce tells Elite Daily.

Overall, during times like this, having a good support system is crucial, according to both Dr. Joyce and Dr. Farahi. Every scenario is different, of course, so your coping mechanisms might look different from those of your sister or best friend.

If you're experiencing a miscarriage, Dr. Joyce suggests taking as much time off as you need to process the news, and to be gentle on your body along the way. On the other hand, if you know someone mourning this kind of loss, Dr. Robyn Schickler, an OB/GYN based in California and a fellow with Physicians for Reproductive Health, tells Elite Daily the best thing you can do is to simply be there for the person. Sometimes, the greatest comfort is just knowing that you aren't alone in your suffering, and that you are unconditionally loved through it all.