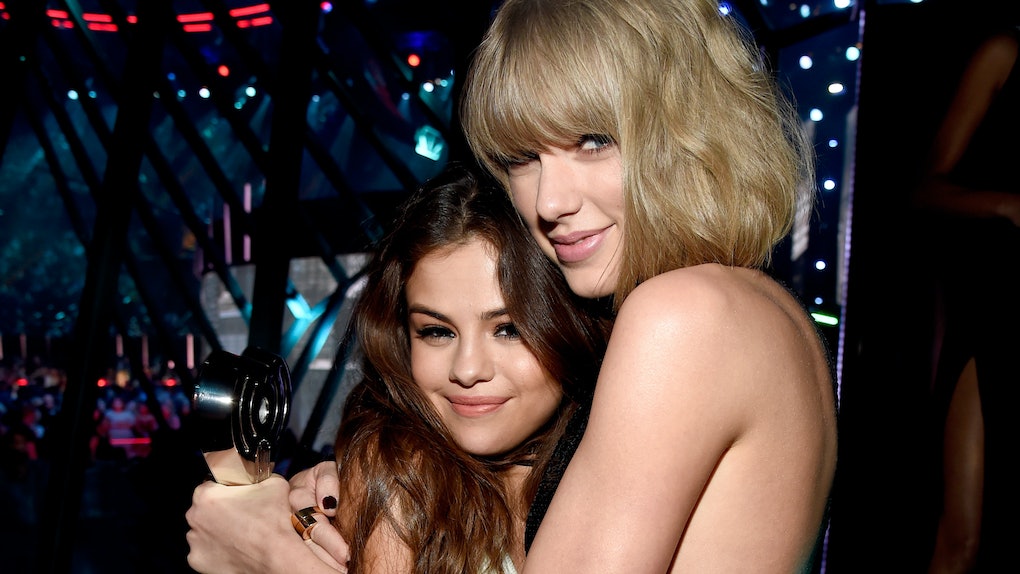 Selena Gomez's Reaction To Taylor Swift's 2019 AMAs Performance Was Everything

Ladies and gentlemen, find yourselves a friend like Selena Gomez. She's the epitome of what a bestie should be – she's supportive, thoughtful, and the ultimate champion for her friends' successes. So, when Taylor Swift hit the stage at the 2019 American Music Awards to accept her Artist of the Decade award and deliver an epic performance, Gomez was in the crowd cheering her on. Selena Gomez's reaction to Taylor Swift's AMAs performance has "friendship goals" written all over it.

It's a big deal for Swift to get the Artist of the Decade award at just 29-years-old, but whether it was the AMAs stage, or a much smaller accolade, Gomez would have championed her on regardless. Gomez and Swift have a long-standing history of supporting each other when it matters most, after all.

Just recently, Gomez stood up for Swift in her ongoing feud with Scooter Braun, calling her "the most dedicated, fearless, feisty, strongest woman" she's ever known, adding that she hopes there is a "change of heart over this unfortunate situation." And several weeks before that, when Sel dropped her most recent single, "Lose You To Love Me," Swift showed her support on her Instagram Story.

Now, the video clip of Gomez cheering Tay on during her big AMAs moment is just one more example of how these two show up for each other during every monumental career milestone.

It was a prime example of queens supporting queens.

Earlier in the night, Swift did the same for her pal when Gomez hit the stage for a performance of her own. When the AMAs cameras cut to Swift, she was quite literally jumping up and down and screaming. Shout out to Tay and Sel for serving up friendship goals all night long.