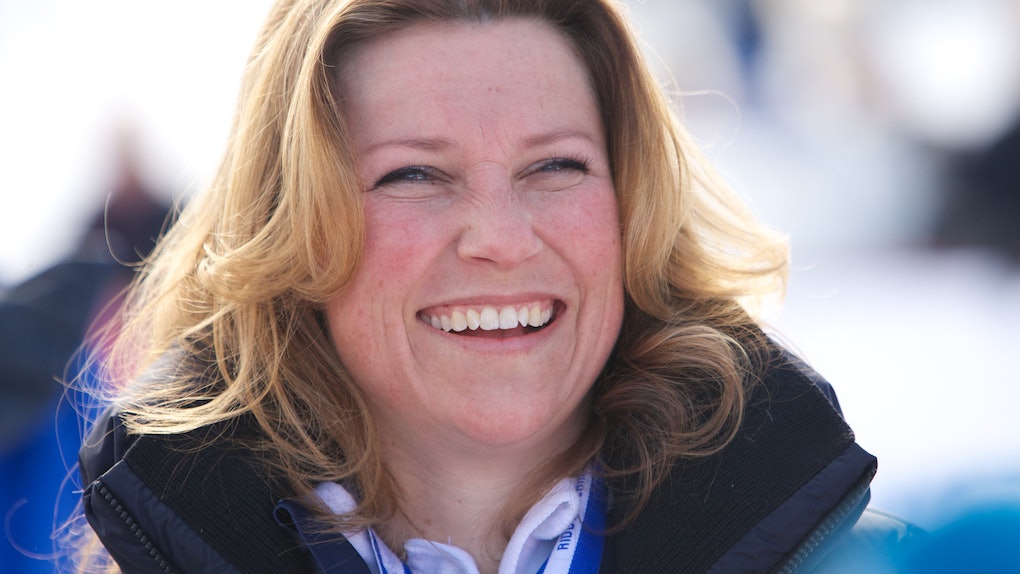 If you thought the British royal family was the only one still making headlines, I have news for you: They aren't. Apparently, Norway also has a royal family, complete with its very own princess. This past Sunday, the royal herself took to Instagram to put her new love on blast, and it's the sweetest thing ever. The stunning photos of Princess Martha Louise of Norway and Shaman Durek are so gorgeous, it's almost too much.

To give you a little backstory, the princess divorced her first husband, Ari Behn, roughly three years ago after a 14-year marriage. According to a statement made by the Royal House of Norway at the time, their split was totally amicable. Fast forward three years, and it looks like the royal has moved on to a new love. She posted a heartwarming Instagram post featuring several photos of her and her new beau, plus, a caption that will melt your heart.

“When you meet your twin flame, you know,” she wrote. “I have been lucky enough to have met mine @shamandurek has changed my life, like he does with so many. He has made me realize that unconditional love actually exists here on this planet. He embraces all of me without question or fear. He makes me laugh more than anyone, has the most profound wisdom to share and all the bits in between from the diversity of his being.”

The princess continued to pour her heart out, and it's so clear that she's absolutely head over heels in love. “I feel so happy and blessed that he is my boyfriend," wrote the royal. "Thank you my love, for including me so generously into your family. I love you from this eternity to the next.”

As someone who's also been in relationships with people outside of my ethnic group, unfortunately, I can say with certainty that racism and discrimination are all too common. That's why it's so amazing that the princess decided to use the latter half of her post as an opportunity to shut down any and all potential haters. "And to those of you who feel the need to criticize: Hold your horses," added the princess. "It is not up to you to choose for me or to judge me. I don’t choose my man to satisfy any of you or the norms or boxes you have chosen in your mind for me to be in. I don’t thrive there, nor do I exist in your illusion about me. I choose from love. And that’s it. Shaman Durek is merely a man I love spending my time with and who fulfills me. So thank you for respecting my actions and my choice of partner. All I know at this moment is that we love each other and I am super happy."

Well, if that's not a mic-drop moment, I don't know what is. The American-born Durek also used Mother's Day as an opportunity to publicly serenade the princess with his own heartfelt message on Instagram. Welp, love is a beautiful thing and I legit need a box of tissues to mop up my tears.