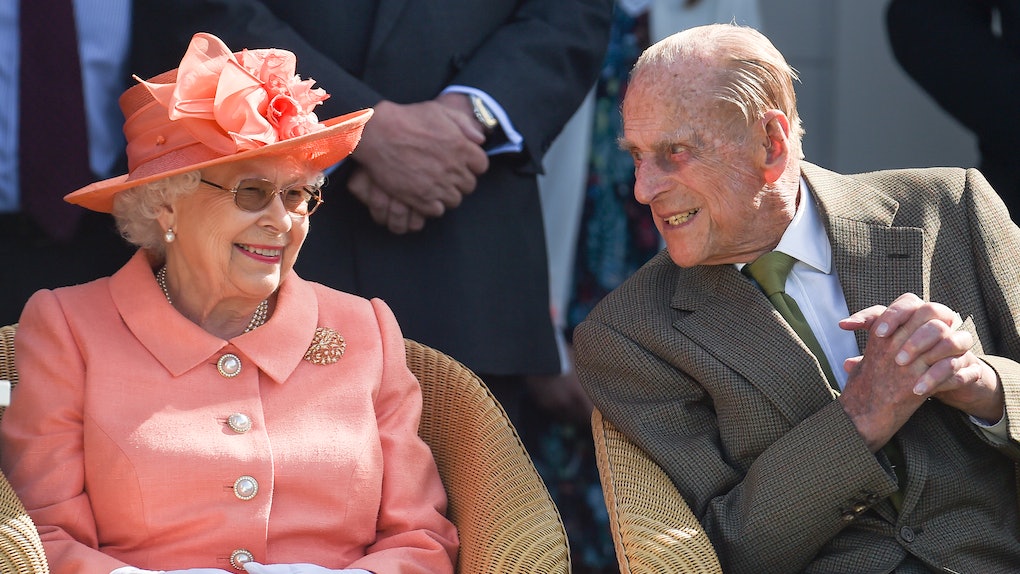 Prince Philip and Queen Elizabeth have been married for 72 years. In that time, they’ve raised four children, traveled the world, navigated countless royal engagements, and served as the head couple of the British monarchy since Elizabeth was crowned in 1953. In other words, they’ve experienced more than most people could imagine — and they’ve stayed by each other’s sides through it all. Prince Philip’s quotes about Queen Elizabeth prove that their relationship hasn’t always been easy, but they know the keys to making it work.

The Queen’s husband is known for his sharp wit and sense of humor, but Prince Philip has a softer side as well — namely when it comes to loving and supporting his wife. "He is someone who doesn’t take easily to compliments, but he has, quite simply, been my strength and stay all these years,” Queen Elizabeth said during a 1997 speech to celebrate their 50th wedding anniversary. “I, and his whole family, and this and many other countries, owe him a debt greater than he would ever claim, or we shall ever know.”

For his part, Prince Philip has said some pretty cute things about the Queen, as well. Here are some of his most memorable moments.

Back in the old days, Prince Philip and Queen Elizabeth used to correspond via pen and paper. And it turns out, the Prince has quite a way with words.

1. “There is always a small voice that keeps saying 'nothing ventured, nothing gained’ — well did I venture and I gained a wonderful time.” — in a 1946 letter after visiting then-Princess Elizabeth at the palace, according to Philip Eade in his book Young Prince Philip: His Turbulent Early Life

2. "To have been spared in the war and seen victory, to have been given the chance to rest and to re-adjust myself, to have fallen in love completely and unreservedly, makes all one's personal and even the world's troubles seem small and petty." — in a 1946 letter, according to Eade

3. “I am afraid I am not capable of putting all this into the right words and I am certainly incapable of showing you the gratitude that I feel.” — in a letter during their courtship

4. "Lilibet is the only thing in this world which is absolutely real to me and my ambition is to wield the two of us into a new combined existence.” — in a 1947 letter to the Queen's mother

Prince Philip has spoken about his marriage in a number of speeches over the years, where he's revealed details about their love story.

5. "I think the main lesson that we have learned is that tolerance is the one essential ingredient of any happy marriage ... It may not be quite so important when things are going well, but it is absolutely vital when the going gets difficult. You can take it from me that the Queen has the quality of tolerance in abundance." — in a 1997 toast during the couple's 50th wedding anniversary

7. “I Philip, Duke of Edinburgh, do become your liege man of life and limb and of earthly worship….” — during the Queen's coronation in 1953

8. “There were plenty of people telling me what not to do... I had to try to support the Queen as best I could without getting in the way. The difficulty was to find things that might be useful.” — talking about the Queen's early years after crowning, according to Eade

9. "You were so shy. I could not get a word out of you." — to the Queen, recalling their first meeting, according to Queen Alexandra of Yugoslavia

This power couple has wisdom in spades, and it's easy to see why they work so well together. If you (like me) can't get enough of them, feel free to spend the next few days marathon-watching The Crown. It's for educational purposes... obv.