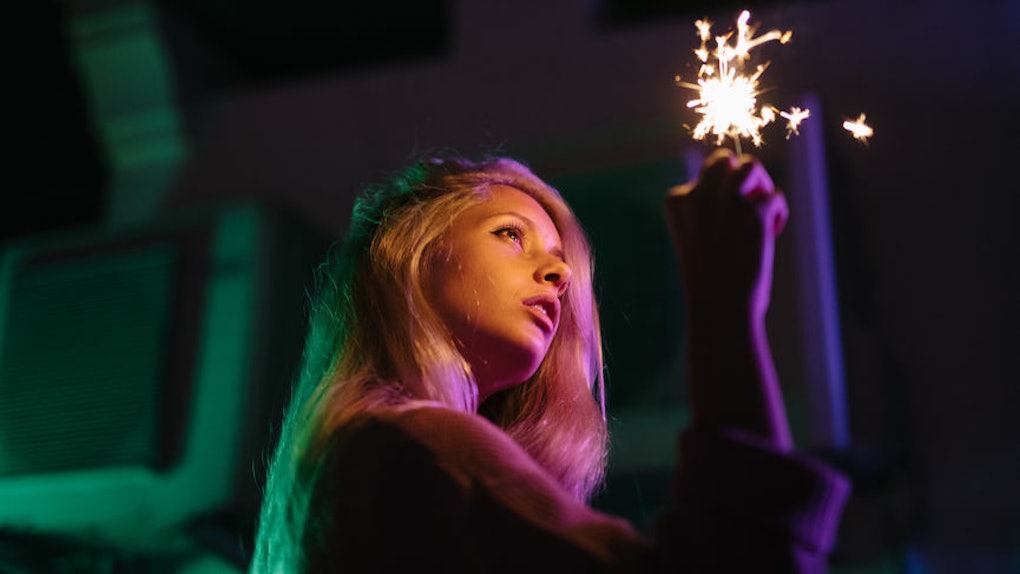 Getting to know Pluto is to get to know the shadow side of reality. In astrology, Pluto rules over everything that lies on the other side. It harbors secrets, contains mysteries, and lives in a darkness that many of us are too afraid to reckon with. In other words, Pluto knows the truth — the real truth, and as you already know, the truth usually isn't pretty. The thought of Pluto retrograde 2019 is probably more enough to stoke your fear. But even though this transit may seem menacing, it's far more beautiful than you might think.

On Apr. 24, Pluto will enter retrograde and remain there until Oct. 3. Pluto is a slow-moving outer planet that spends around 21 years in each zodiac sign, meaning that Pluto's transits tends to unfold over a long chapter of your life. This is unlike planets such as Mercury, Venus, and Mars, which shift zodiac signs far more quickly and affect your day-to-day life in more noticeable ways. Luckily, this means that Pluto retrograde won't be as inhibiting and frustrating as other retrogrades. However, this doesn't mean it won't have a deep and profound affect on you.

Pluto is currently raging through Capricorn, a cardinal earth sign that is associated with authority, tradition, reputation, rules, and career goals. Expect this retrograde to reveal deeper truths about the way these themes resonate in your life.

When Pluto is moving direct through its orbit, this planet is constantly questioning everything. It's searching for the blood and guts; the part of the story that everyone tries to hide. In other words, Pluto spills some piping hot tea. However, during Pluto retrograde, that energy will be turned inwards. Instead, you're being pushed to face your own truth — the truth you may have a hard time accepting.

This cold, hard truth has a known name: Your shadow self. As you can imagine, your shadow self represents the aspects of your character that you may not proud of. It encompasses your regrets, your negative tendencies, and shameful thoughts. Pluto rules over the underworld in Greek mythology, and when retrograde, Pluto reveals the underworld that exists within you.

Understand Your Desires On A Much Deeper Level

You may think that you should avoid your shadow self. After all, if you had a dollar for every time you heard someone say "Positive vibes only!", you'd probably be pretty rich right now. There's a tendency to want to avoid the ugly truth and swallow back your venom. While trying to stay positive in times of strife can certainly help, it doesn't always work. After a while, pretending everything is fine when it really isn't can weight you down to the point that you don't understand your truth.

Without light, there can be no shadow. Without shadow, there can be no light. In order for you to truly understand what you want out of life, you have to recognize every part of you, including the parts of you that are difficult to stomach. Pluto never said that accepting your darkness would be easy, but this retrograde is the time to do it.

Transform Through The Process Of Creation And Destruction

All this talk of introspection and self-reflection may bring some strange things to light. As Pluto retrograde begins its spiritual excavation, you may realize that some things need to change in your life. Have you ever wondered why Pluto is known as the planet of transformation? It's because Pluto starts at the bottom, where it's dark. Pluto can be likened to beetles and bugs that crawl beneath rocks or the part of the ocean that's so deep, the sunlight cannot reach it. If you change the foundation something, you inevitably change it all.

While transformation sounds pretty, remember that both destruction and creation are forms of transformation. Rarely, if ever, is transformation beautiful from start to finish. The road to renewal is grim and turbulent. Trust that it will all amount to something.

More like this
What Planets Are Retrograde April 2021? Here's What You Need To Worry About
By Roya Backlund
The Spiritual Meaning Of The April 2021 New Moon Is About Pushing Your Limits
By Roya Backlund
TXT's Zodiac Signs Prove That Opposites Really Do Attract
By Chelsea Jackson
Stay up to date