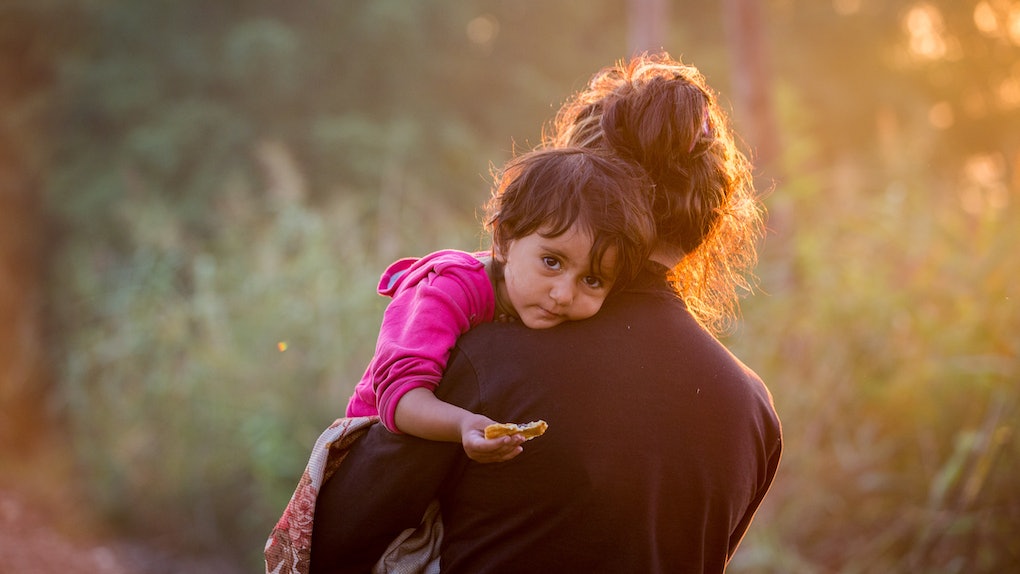 On Mother's Day, Family Separations Aren't Over — Even Without "Zero Tolerance"

On Sunday, May 12, families all over the world are celebrating Mother's Day. However, not every parent or child will be able to take part in festivities this year. Although Trump's infamous zero tolerance immigration policy supposedly ended in 2018, family separations aren't over. But that doesn't mean there's nothing you can do to help.

In May 2018, the Trump administration and Department of Justice (DOJ) implemented their infamous "zero tolerance" policy towards immigrants attempting to cross the border into the United States. Under the policy, thousands of children were separated from their parents at the southern border and held in the Office of Refugee Resettlement (ORR)'s custody through 17 detention centers in the United States, igniting controversy across the nation. On Jan. 19, 2019, The New York Times reported that nearly 3,000 children had been separated from their parents at the southern border under the policy, more than originally reported. On March 19, 2019, The Times reported that 2,700 children have been reunited with their families since the Trump administration ended their "zero tolerance" policy in June 2018. However, the Times reported that there could be "thousands" of children that still have not been accounted for. In a statement, the ORR said that reports that children were unaccounted for were "false," and that "HHS can determine the location and status of any child in ORR care at any time by accessing the case management records for the child in the ORR online portal."

Currently, the number of children still separated from their families is still "unknown," per the Times, and more than 200 children have reportedly been separated from their families at the southern border despite the "zero-tolerance" policy rollback. On April 30, acting Secretary of the Department of Homeland Security (DHS), Kevin McAleenan, told Congress that family separations at the border were happening under "rare circumstances" at a rate of less than two per day. The Department of Homeland Security (DHS), which was responsible for enforcing the family separations, did not respond to Elite Daily's request for comment.

Even though the administration's "zero tolerance" policy has been over since June 2018, it's still been under the microscope. On May 2, 2019, Slate reported that the DHS and the DOJ didn't initially have any plan to track or reunite separated families. This contradicts former Homeland Security Secretary Kirstjen Nielsen's claims that the DHS was keeping track of separations.

The Trump administration's controversial "zero tolerance" policy received immense criticism from the public and activist organizations. To fight against the impact this policy had on migrant families, organizations Phenomenal Woman Action Campaign and Families Belong Together teamed up to launch the Phenomenal Mother movement on Mother's Day 2019 in an attempt to stand in solidarity of the families that have been separated under the Trump administration's policy and show that this is an ongoing crisis. Proceeds from sales of the Phenomenal Mother shirt will go to Families Belong Together as a way to give direct aid and services at the border. The shirts are intended to help raise awareness of the children still separated from their mothers, and vice versa, on Mother's Day.

You're not going to see these moms in Hallmark ads.

"There are thousands of families, many of them led by women and mothers, that are not going to be able to enjoy Mother's Day like most of us are," Meena Harris, founder of the Phenomenal Woman Action Campaign, tells Elite Daily in an interview. "It's an opportunity to draw attention to the ongoing crisis and renew that conversation."

The campaign follows the anniversary of the Trump administration's "zero tolerance" policy, which was announced by former Attorney General Jeff Sessions on April 6, 2018. By launching this campaign, Harris hopes to highlight the role women have played in fighting against the policy and raise awareness that this is an ongoing crisis that has left many families unable to celebrate Mother's Day — whether because they have been forcefully separated from their children or because they may have had to leave them behind.

Some mothers may need extra help to see their families again — mothers like Emiliana, a Guatemalan migrant who fled to the United States from an unsafe home and was photographed for the campaign in Tijuana ahead of Mother's Day 2019. According to Phenomenal Woman, the Immigrant Defenders Law Center is currently working to help her apply for asylum.

Supporting the Phenomenal Woman Campaign isn't the only way people can get involved. Harris says that calling representatives and speaking out against family separation is another way individuals can stand in solidarity. In addition, you can voice your support for the 2017 Dignity For Detained Immigrants Act, which would provide protections for detained immigrants. Here's a quick and easy guide to getting in touch with your legislator to help you out if you want to go that route. If you can't stand the phone, you can also donate to groups working to help migrant families, or even volunteer.

"Each of us in our own individual way can contribute to this, no matter how small," Harris says. "That starts with talking about it, speaking out, showing up consistently, committing to it, and really engaging with an issue and making sure you know that issue inside out."

The fight against family separation is still happening. Want to get involved? Here's how.

More like this
The More Contagious B-117 COVID Variant Is Now The Most Common Strain In The U.S.
By Rhyma Castillo
These Tweets & Memes About Matt Gaetz's Venmo All Make The Same Joke
By Cianna Garrison
Mother's Sparkling Mythical Creature Cookies With Unicorn Shapes Are Majestic AF
By Cianna Garrison
Stay up to date