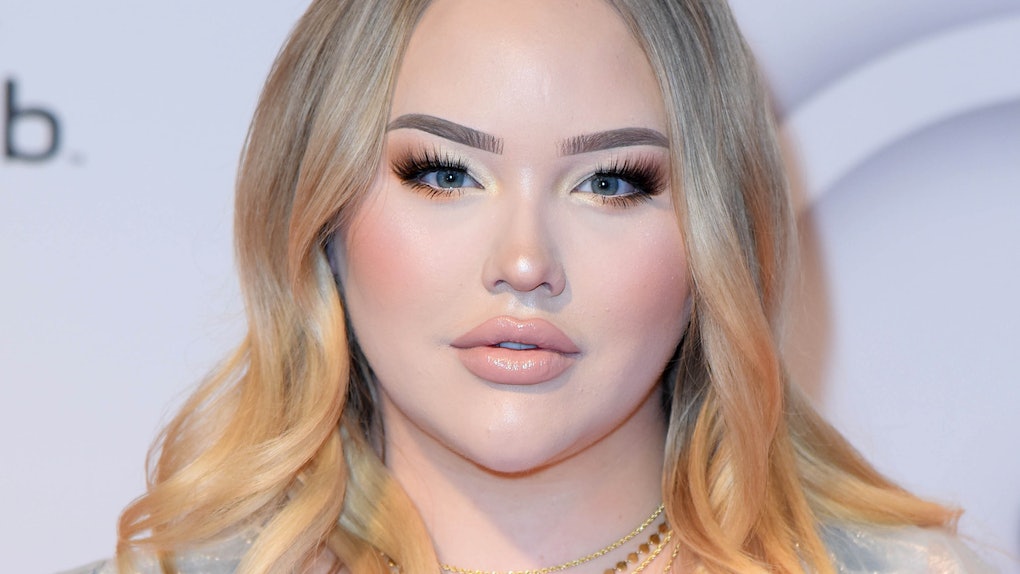 While lots of beauty lovers delight in the art of impulse shopping, the wisest among us are careful about what they spend their coin on, and make sure every purchase is ~worth it~ well before placing an order. Watching reviews from trusted beauty influencers is a great way to find out more about the products that pique your interest, and according to the YouTuber herself, NikkieTutorials' Tati Beauty review was a highly-requested video for her to film. She disclosed that she received the palette as a PR gift from Tati Westbrook, the brand owner and a fellow YouTuber, and that she hadn't planned on a review until fans started asking for her thoughts. "That's a lot of trust. That means a lot to me," Nikkie thanked her viewers, ensuring she'd give them her honest thoughts.

Unlike most eyeshadow palettes, which feature a variety of shades and their corresponding names, Textured Neutrals Vol. I ($48, Tati Beauty) is divided into five color families, each of which is offered in four different finishes: matte, metallic, sequin, glitter. Noting that the sequin finish, a matte with small flecks of loose glitter, appeals to her the most, Nikkie primes her lids with P. Louise Base in .5 ($13, P.Louise) and dives in.

To begin, Nikkie uses matte Soothe as a transition shade, followed by a combo of Soothe and Aura to blend it out. She immediately says how soft and buildable the matte formula is, noting hardly any fallout. She goes in a grungier direction when she reaches for seqin Memory, a jet black with subtle sparkle, for the inner and outer thirds of her lids.

Much to her dismay, Nikkie admits to being unimpressed with the sequin formula, noting lots of fallout and that the sparkles disappear as she blends. Still, she remains mostly optimistic, noting, "This color might give me a little bit of stress right now, but I know it's gonna be so worth it in the end, because nothing is sexier than a deep black smoky eye."

Next, Nikkie places metallic Memory on the center of her lid, but finds the shade is severely lacking in pigment. "I thought the metallic shade was gonna be, like, beaming from the eyeballs...but it's not really laying down," she says. To make it work, she presses the shade on using an old-school eyeshadow sponge applicator, and it does the trick.

Finally, she finishes the look with glitter Aura on the center of the lid and a few mattes on her lower lashline. After this, she gives viewers her final thoughts, which critiques aside, are fairly positive. "Overall, it's a very, very fun palette" she says. "I think some of the metallic shades need a little bit of work, and with the sequin shades there tends to be a lot of fallout." Her favorite shades are undoubtedly the mattes, which she describes as "soft but vicious." She congratulates Westbrook on a successful first launch, and encourages her followers to shop it: "Should the metallic prevent you from buying this palette? Absolutely not, because this is a banger," she insists. If Nikkie's word is enough to convince you, feel free to add the palette to your cart when it comes back in stock.

More like this
How To Get A Trendmood Box, AKA The Next Big Thing In Beauty Box Subscriptions
By Bella Gerard and Theresa Massony
When Does Tati Beauty's Second Product Launch? Something New Is Coming
By Bella Gerard and Theresa Massony
The Home Edit x Day Designer Collection Is Full Of Products To Keep You Organized
By Rachel Chapman
Stay up to date