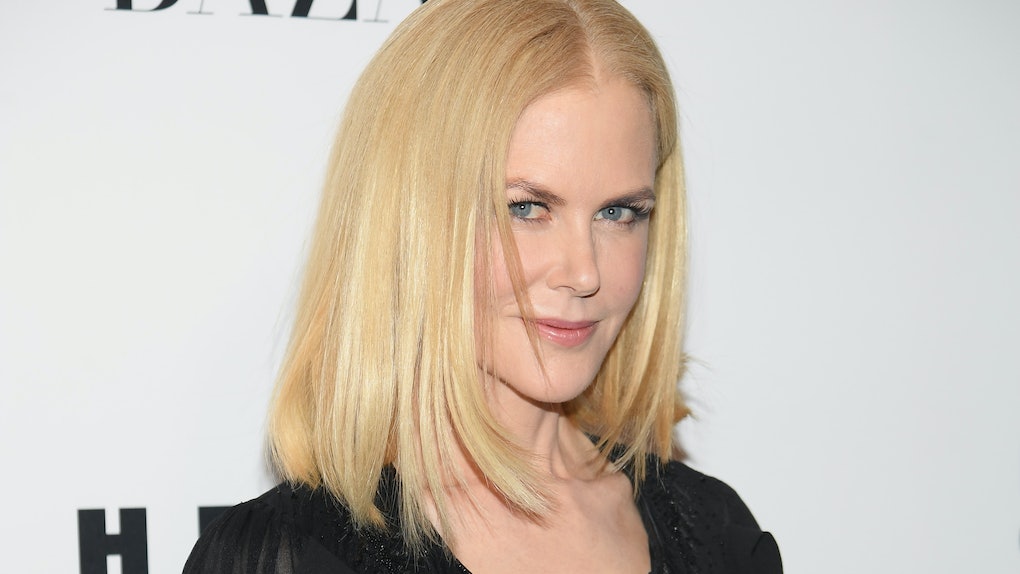 The Golden Globes kicked off awards show season on Jan. 7. Perhaps even more important, the awards show is (affectionately) referred to as the stepping-stone to the Oscars. An extremely tough category this year was for best actress in a limited series — mostly because there were so many good miniseries this year. From The Sinner to Big Little Lies, all the usual suspects were nominated. In fact, the lineup of actresses could have been its own awards show. Unfortunately, only one could win. The winner of best actress in a limited series at the Golden Globes is Nicole Kidman, and Kidman's Golden Globes acceptance speech was something special.

Kidman's speech was extremely gracious, and she was sure to include all her female co-stars by saying, "This is ours to share. Wow, the power of women."

Kidman continued on by thanking her mother for being an activist for women's rights and said, "this is what you fought so hard for." I WAS LITERALLY IN TEARS. Kidman recognized that Big Little Lies and her character's story of abuse is very topical to Time's Up and everything surrounding it.

She encouraged the entire room (and everyone at home), saying, "I do believe and I hope we can elicit change through the stories we tell and how we tell them. Let's keep the conversation going."

Like I said, the competition was fierce. Three shows were represented in the category — The Sinner, Big Little Lies, and Feud: Bette & Joan. The nominees were:

Nicole Kidman has been the sweetheart of awards show season. After winning for best actress at the Emmys, she gave a stunning speech that people are literally still talking about. On Big Little Lies, Kidman plays Celeste, a woman who is quietly being abused by her husband Perry (Alexander Skarsgård).

The real-life mom wanted to send a message to her daughters about bringing a bigger message to the forefront no matter what position you're in. She said,

Since getting so much attention for her role as Celeste, Kidman has opened up about what it's like to depict the graphic abuse scenes. She told W Magazine,

Big Little Lies is an amazing show that has caused a big splash. If the Golden Globes are any indicator, the show is still shining bright.

More like this
These Songs About Friendship Between Women Are Empowering AF
By Sydney N. Sweeney
Courtney Stodden's Response To Chrissy Teigen's Apology For Bullying Expressed Doubt
By Brandy Robidoux
Janet Jackson's Brothers' Reactions To Justin Timberlake's Apology Are More Accepting Than Fans
By Brandy Robidoux
Stay up to date