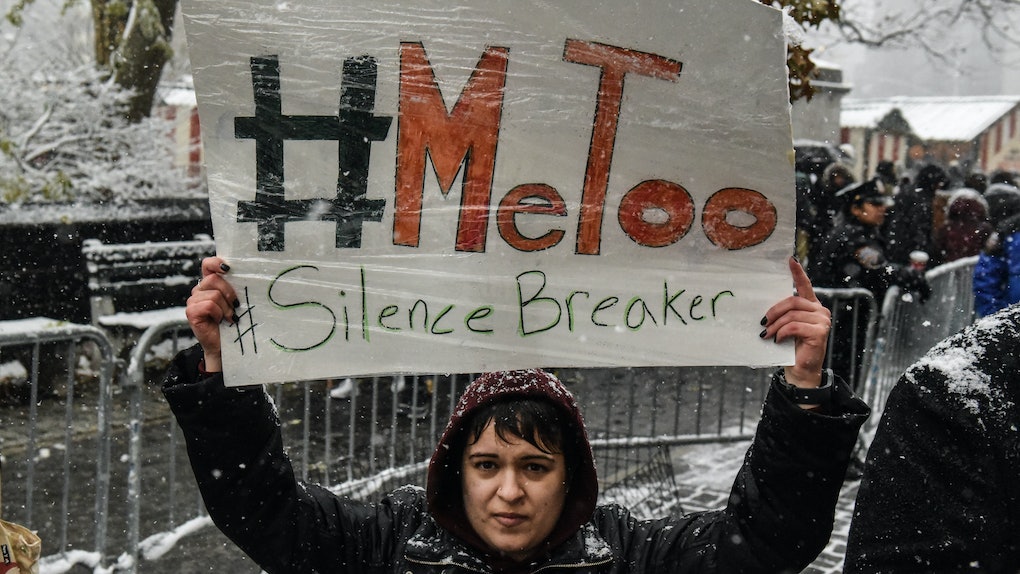 What Is “Time’s Up”? Hollywood’s 2018 Anti-Harassment Initiative Could Change Things For Everyone

If there's anything we know about what will come of 2018, it's that women leaders are just getting started with combating sexual harassment in their industries. As a symbol of continuity and momentum from 2017, over 300 women from Hollywood signed "Time's Up," an 2018 anti-harassment initiative that launched Jan. 1, 2018. Lead by attorney Anita Hill, the initiative includes legal defense funding and an open letter detailing their plan of action.

While the #MeToo movement paved the way significantly for the conversation of sexual harassment, critics of the movement believe that only high-profile men were experiencing consequences and a smeared reputation. As a resolve, this new initiative aims to help working-class women with funding and support for workplace harassment outside of the typical circles of power and influence. Now that we've chipped away at the top of the industries, it's time to trickle down.

The letter says, "We particularly want to lift up the voices, power, and strength of women working in low-wage industries where the lack of financial stability makes them vulnerable to high rates of gender-based violence and exploitation."

Considering most of the members are A-list actresses in the industry, the letter addressed an awareness for the advantage their power gives them. The letter read, "We also recognize our privilege and the fact that we have access to enormous platforms to amplify our voices."

Shonda Rhimes, executive producer of the television shows Grey's Anatomy, Scandal, and How To Get Away With Murder told the New York Times, “If this group of women can’t fight for a model for other women who don’t have as much power and privilege, then who can?”

To support the diversity of women, "Time's Up" is made of many working class groups, including the Commission on Sexual Harassment and Advancing Equality in the Workplace, led by attorney Anita Hill. In a statement released Dec. 15, the commission promised to "lead the entertainment industry toward alignment in achieving safer, fairer, more equitable and accountable workplaces, particularly for women and marginalized people."

Other groups in the initiative include a group of women fighting for LGBTQ representation, a group creating legislation for the silencing of victims through nondisclosure agreements, a team leading the defense fund, and a team fighting for gender parity in the entertainment industry, according to the New York Times. The legal defense fund has received $13 million in donations, all aimed to help women in blue-collar and lower-waged workplaces in their sexual harassment lawsuits.

The last aspect of the initiative has to do with the upcoming Golden Globe awards on Jan. 7. The women of "Time's Up" are requesting to wear black for the award show as a symbol of solidarity and awareness. Actress Eva Longoria, one of the members, told the New York Times, “This is a moment of solidarity, not a fashion moment. This time the industry can’t expect us to go up and twirl around. That’s not what this moment is about.”

January 2018 marks one year since the historic women's marches across the country. The beginning of 2017 signified solidarity and momentum for women in the United States as a response to the election of President Trump, and Jan. 7, 2018 will mark a new wave of progress, strength, and unity represented by the most powerful women in Hollywood. If women in show business are swapping out glitzy gowns for all black at the Golden Globes, there's no telling what the rest of 2018 will hold.