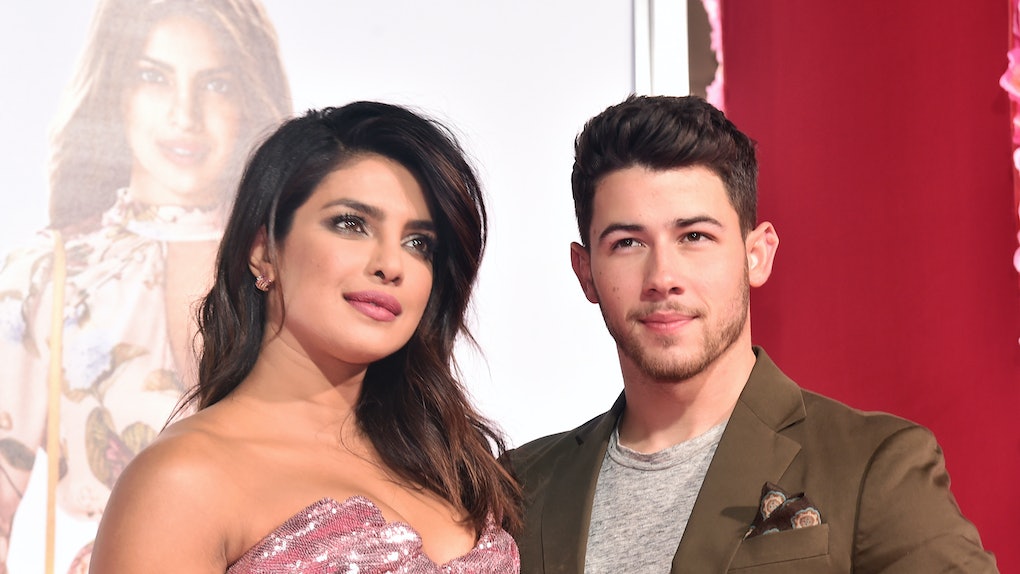 There are few things I get more enjoyment out of than gushing about the world's most perfect couple: Nick Jonas and Priyanka Chopra. Everything about these two is unbelievably adorable. So, it's no surprise that Nick Jonas’ comments about attending the 2019 Met Gala with Chopra are about to be the cutest thing you've read all day. For anyone who forgot, the two newlyweds were first rumored to have been dating when they attended the 2017 Met Gala together. However, at the time, Chopra dismissed the speculation that anything romantic was going on. Well, time tells all folks. Safe to say, things between the couple have changed.

ICYMI, the dynamic duo tied the knot last December in one of the most decadent weddings ever. Although I sadly wasn't there, the pictures were stunning. And a special shoutout to the eight amazing wedding looks Chopra donned over the course of the pre-wedding events, two ceremonies, and receptions. With that track record, I can't even imagine what the ultra stylish couple have planned for one of the most fashionable nights of the year. During an interview at the red carpet premiere of his new animated film UglyDolls, Jonas opened up about how "full circle" this year's gala will be for the couple.

It turns out, Jonas and Chopra won't just be attending as guests. The iconic baes have been asked to be co-chairs of the entire event. "It's pretty cool," Jonas told Entertainment Tonight. "I hope I get a clipboard with all the names to make sure everybody's on the list." Aw, even Jonas' jokes are cute. The star went on to say that his exact duties weren't clear, so it remains to be seen what his specific role in the event will be. "I don't actually know what my responsibilities are, but I'm really thrilled they asked us to do that," said Jonas.

Naturally, I'm sure we're all overcome with curiosity about what look Jonas and Chopra will be rocking at such an epic event. Unfortunately, the singer wasn't giving too much away. He did assure us, however, that whatever he and his bae have planned has long been in the works. "It's coming together," said Jonas. "To be honest, I'm very excited, I love the Met Gala, it's always a fun night, but Priyanka will set the tone, and I'm just going to be there to support her." Like the truest of baes, Jonas knows that his wife is an absolute queen, and I'm so here for it. Seriously, it's so awesome to see how supportive he is. So much so, that he gushed further about giving Chopra the spotlight. "So I plan to keep it simple and let her shine," he added.

The 2019 Met Gala will be held on May 6, and I'm sure it's going to be a night to remember. Especially for Jonas and Chopra, considering how much their relationship has evolved over the past two years. It really will be a full-circle moment for them, and I can't wait to see what they have in store!