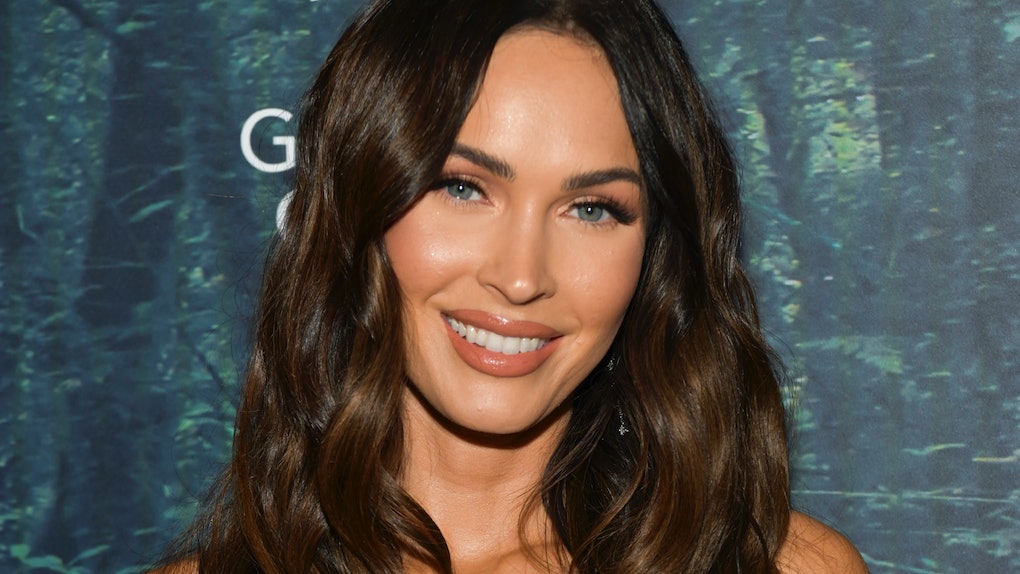 Megan Fox and Machine Gun Kelly are officially an item, you guys, and TBH, I did not see this coming. The couple reportedly met on the set of Midnight in the Switchgrass back in March 2020, and it wasn't long after the Transformers actor separated from her husband, Brian Austin Green, that the two started engaging in major PDA. It makes sense — Megan Fox and Machine Gun Kelly's astrological compatibility is a dream come true, even though they share the same sign. Dating someone with the same zodiac sign can be kind of infuriating (I'm looking at you, Aries and Leo), but in this case, the fact that Fox and Machine Gun Kelly have close birthdays works in their favor.

Fox was born on May 16, making her a Taurus. MGK's birthday falls on April 22, which means he's also a Taurus. When two Taurus partners come together, they instinctively bond over their shared values and interests. The rams of the zodiac love chilling, cuddling, and getting it on, so these two will rarely have an argument about how to spend date night. Taureans may be stubborn, but there's no reason to fight when their SO is always on the same page.

A Taurus' favorite activities? Relaxing at home and having passionate sex. Back in 2008, Fox confessed to For Him Magazine that she has "the libido of a 15-year-old boy." She added, "My sex drive is so high. I'd rather have sex with Brian [Austin Green] all the time than leave the house." Spoken like a true Taurus. As the most sensual sign in the zodiac, rams live for cozy clothes, comfort food, and lots of pampering, so Netflix and chilling is always preferable to having a wild night out on the town.

Taureans may like flirting and socializing, but they're solitary people at heart who appreciate having some space. "I've never been a social butterfly," Fox told Cosmopolitan in Aug. 2014. "I don't feel lonely or isolated. I have one really great friend and that's all I need." Like most Taureans, Fox has always felt she's wise beyond her years, which is why she doesn't always share the interests of people her age. As she told MTV during a March 2012 interview, "I hate going out and being in crowds or being in clubs," later adding, "I'm a Taurus. We're boring."

Though Taureans are deeply empathetic individuals, they do have a tendency to be a bit self-involved. Because they love treating themselves and doing their own thing, "sharing" isn't exactly in their vocabulary. "I've never been comfortable with sharing anything. I was a single child," Machine Gun Kelly confessed during a Dec. 2011 appearance on RapFix Live. And while some people may call rams stubborn, I like to think of them as resolute. "Anything I'm involved in is something that I would die for," the rapper told Billboard in Feb. 2016. "I can't support things that don't feel genuine." Taureans aren't followers, y'all.

During a July 22 joint appearance on Lala Kent and Randall Emmett's podcast, Give Them Lala ... With Randall, Fox referred to MGK as a "twin flame." As she explained, "Instead of a soul mate, a twin flame is actually where a soul has ascended into a high enough level that it can be split into two different bodies at the same time. So we're actually two halves of the same soul, I think." Taurus-Taurus relationships are pretty magical, and that def seems to be the case for these two.