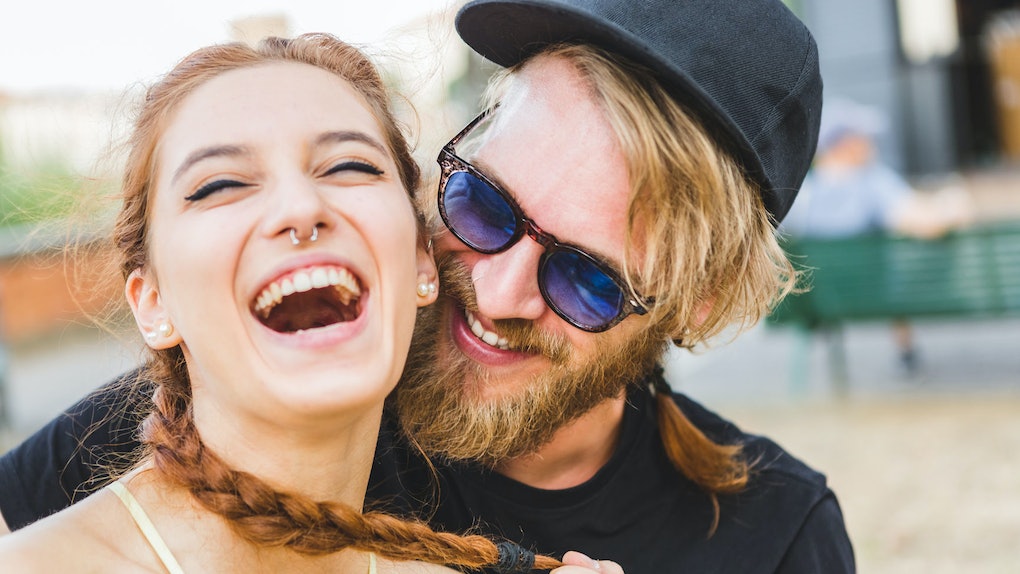 Matchmakers Reveal How Long It Takes To Know If There's Chemistry, So Don't Rush

After you go on a first date, you already know your BFFs are going to be patiently waiting for the deets, the most important one being whether or not there was any ~chemistry~. Time and time again, we use this word to describe what many people hail to be the most important thing when it comes to evaluating a potential love match. If you've never wondered how long it takes to know if there's chemistry, then welcome to the club — because so many people assume that chemistry is something that is either there from the first moment or not. Surprisingly, most matchmakers agree that it's not that simple.

For those of you who, like me, always thought chemistry was essentially just magic, let's take a second to define what chemistry means from a matchmaker's perspective.

"What we usually mean when we say we have chemistry with someone is a romantic buzz, a natural flow and an intangible way to describe what happens between two individuals when there's a mutual connection," spiritual matchmaker Heather Kristian Strang tells Elite Daily.

The sweaty palms, the racing heartbeat, the feeling that you can't help but agree with everything they say and the way they say it — we've all felt it. However, according to Stefanie Safran, matchmaker and founder of Stef And The City, chemistry isn't always as mystical as it feels.

"Chemistry is really about shared values, interests and excitement about spending time together. It isn't something that usually happens 'instantly' but grows over time," Safran tells Elite Daily.

But, hold the phone. How can chemistry not be immediate? Have our whole dating lives been a lie? Well, probably not our whole lives, but Hollywood has done a pretty convincing job of making so many of us believe that if there aren't immediate fireworks between two people, then it's time to walk away. If instantaneous chemistry is an unrealistic expectation, then how long are you supposed to wait for the sparks to start flying? Well, according to Susan Trombetti, matchmaker and CEO of Exclusive Matchmaking, one date oftentimes isn't enough.

"No you don't know if you have chemistry on the first date, so be sure to have a second date," Trombetti tells Elite Daily. "I have heard people saying they know in five seconds. That's just lust or finding someone physically appealing, but it fades fast. Many people mistake chemistry for a feeling of familiarity."

With this in mind, it's kind of trippy to think about some of the first dates I went on that were good, but decided not to pursue because I didn't feel wowed by the "chemistry".

That's not to say that we should all settle for no chemistry and hope that it materializes at some point, but Trombetti encourages at least two dates before cutting someone lose in the name of chemistry.

"Realize chemistry takes time to develop," says Trombetti. "Don't mistake it. It's not an immediate rush. Always have at least two dates. So many people won't have more than one when they say there was no chemistry."

Going on two dates is a good general guideline, but Safran also points out that it's possible for chemistry to ignite at essentially any time.

"Chemistry can happen when you realize that this person is true to their word, or when they truly listen to you by showing that they care in ways that others haven't," she says. "Chemistry can happen when you see that they put efforts into looking a way you know will turn you on. There isn't one way to get 'chemistry' just the same way that there isn't always one way that someone gets turned off."

Also, we can't leave out the slow-burns. After all, what about the couples that were friends for years before realizing that they were perfect for each other? This might not be the norm either, but it is a testament to the fact that chemistry can definitely take some time to foster. Just remember: Every relationship is as unique as the people who are in it, so try not to get caught up in all of the things you "should" be feeling by any random milestone — be it the first date or the hundredth. Ultimately, if you've just met someone that you like but aren't feeling totally on fire about, it might be worth it to see how things develop over time.