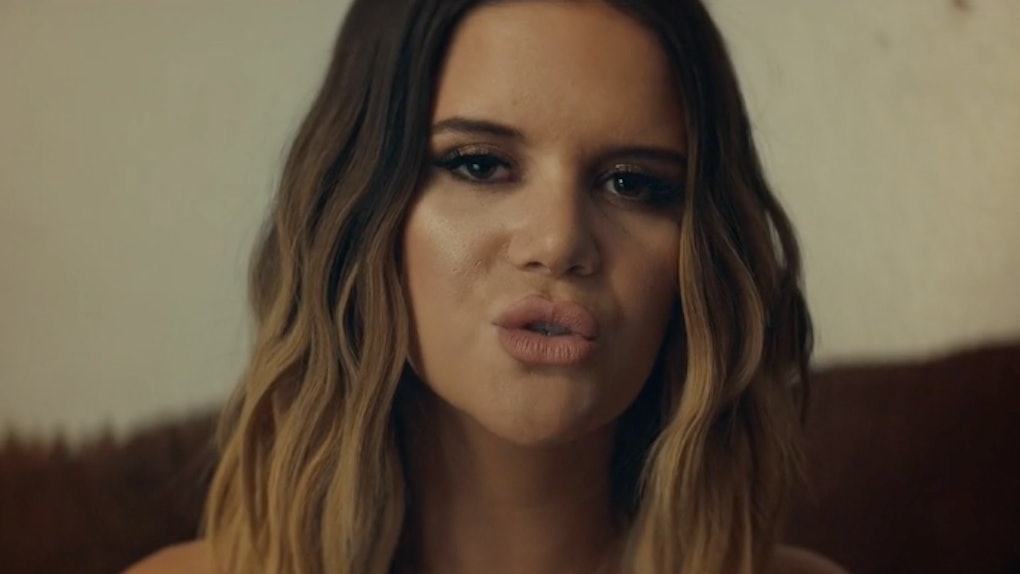 I am full on obsessed with Maren Morris' "GIRL" music video for so many reasons. First of all — Maren, thank you for this female power anthem. Second, thank you for including a diverse and gorgeous group of women in your casting. Third, I like that beat, babe! Morris dropped her latest single on Thursday, Jan. 24, and I have it on repeat playing in the background of my desktop.

At the risk of turning this into a feminist think piece, it's been historically tough to be a female. Like, always and everywhere. Objectively, the intense electoral campaign between Hillary Clinton and Donald Trump cracked open a new layer of tension when it comes to women's rights and quality of life in the workplace, home, societal, and political systems. While Morris doesn't outwardly talk about any of that, it's safe to say "GIRL" has joined the feminist dialogue zeitgeist.

This music video, directed by Dave Myers, is Stunning with a capital S. For the first three-fourths of the footage, a variety of women are filmed from behind. We never see their faces, but often catch glimpses of the people (sometimes men, sometimes women) they're interacting with. Thanks to the variety of lifestyles and circumstances portrayed, it's easy to find some part of this music video to relate to. Oh yes, there is also a talented ballerina twirling in a flurry of emotion. At the beginning of the video, Morris sets the tone by stating, "I think it just comes down to: we don't want more than anyone else. We want the same as everyone else."

As the video continues, slowly the women begin to reveal their faces and viewers get to see the individuals they have so far only been witnessing from a distance. My favorite part is that the first woman to turn around happens to be setting a guy's car on fire. It's powerful, moving, and can be interpreted tons of ways. Morris finishes the video with the quote, "One of the hard things about being a girl is having to, uh, always answer questions about why it's hard to be a girl."

Here are a few of the song's lyrics:

[Verse:] Man, this shit's unflattering / All up in my head again / I don’t feel myself right now / Maybe I should just lay down / If vanity’s my vitamin / But I don’t feel the difference / I don’t like myself right now / Gotta find a way out / What you feel is natural / But I don’t wanna feel this anymore / Pick yourself up off the kitchen floor / Whatchu waitin' for?

[Verse 2:] Drawing your comparisons / Trying to find who’s lesser than / I don’t wanna wear your crown / There’s enough to go around / What you feel is natural / You don’t gotta put up with this anymore / Pick yourself up off the kitchen floor / Tell me what you're waiting for

Morris exclusively told Elite Daily, "Dave Myers is just so poetic and he’s very creative, so the treatment for this video has changed many times in the last few months. Even in the last week, it’s changed. It’s very spur of the moment but it’s very thought out. You see the magnitude of the sets and the cast and the meaning behind each vignette that he’s shot, so it just feels like a really visceral video."