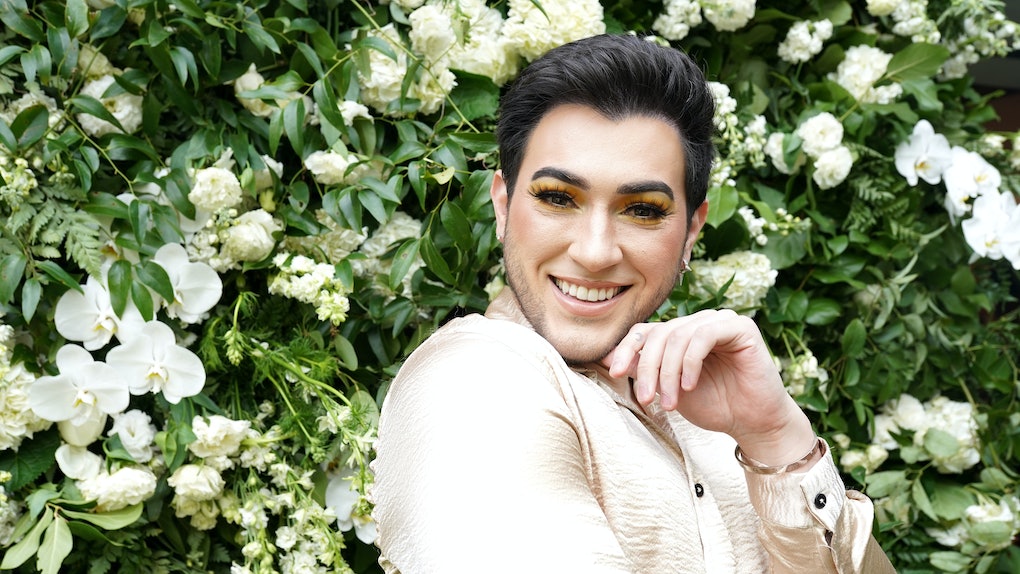 Manny Gutierrez (better known as Manny MUA) isn't just a BeauTuber — he's a fiercely focused entrepreneur. The Lunar Beauty owner puts his all into his products and his brand, and it's because he's so passionate about what he does. Manny MUA's zodiac sign is Aries, after all, which means he was born to achieve. Those born between March 21 and April 19 tend to pursue relationships with the same intensity with which they pursue new opportunities, and Manny's zodiac sign likely makes him a passionate and persistent partner.

Though Manny is currently single (he told Dazed Digital in May 2020 that he's looking forward to "going on dates" after the coronavirus pandemic is brought under control), he's made it clear he has no time for people who don't have a positive influence on his life. As he explained to Insider in Feb. 2020, "If you're not adding to my life you're taking away." The rams of the zodiac hate wasting their time, so if their busy schedule actually allows for dating, they only pursue relationships that seem worthwhile. Aries have a reputation as warm, giving individuals, but if their generosity isn't reciprocated, they have no qualms about bidding someone adieu.

Most competitive zodiac sign? It's got to be Aries. If rams aren't in competition with someone else, they're competing against themselves, and it's because they recognize all their potential. As a public figure, Manny takes his platform and his influence very seriously. "I've always been me, but I feel like now the audience that I have, I feel like a sense of responsibility to them," he told COOLS in June 2019. "I want to be the best version of myself that I possibly can." Similarly, Aries strive to be the best partners possible, which can be just a tad overbearing, though their efforts are always well-intentioned.

What you see is what you get with an Aries. Because they're exceptionally trusting, rams see no reason for pretense, so relationships with an Aries are always authentic and transparent. As Manny explained to COOLS, "I've never really put on this façade. How I'm acting online is how I'm acting in real life, it's the same person. I just really, really love being out there." Though an Aries' honesty may border on tactless at times, they can't help themselves — they say what they mean, and they mean what they say. "The more confident you become in yourself — which will happen — you'll start to care less and less about what people think," Manny told Glamour in May 2018, which is an Aries AF attitude.

The most important thing to remember when you date an Aries: They're wildly ambitious, so you better not stand in their way. Even with all his success, Manny constantly strives to improve himself and grow his brand. "For me, I want to grow as a creator — I want to take some acting classes, I want to do things that scare me a little bit more than being complacent, because I feel like, if you're not growing, you're dying in a way," he told Dazed Digital. As long as you can keep up with an energetic Aries, they'll instill you with all the confidence they have in themselves (and shower you with lots of love along the way). Thanks for always keeping it real, Aries.

More like this
Ben Barnes’ Zodiac Sign Makes Him A Faithful Partner
By Rachel Shatto
May 13, 2021 Will Be The Best Day This Month For Virgo In Terms Of Relationships
By Chelsea Jackson
4 Zodiac Signs Most Compatible With Sebastian Stan, A Loving Leo
By Rachel Shatto
Stay up to date