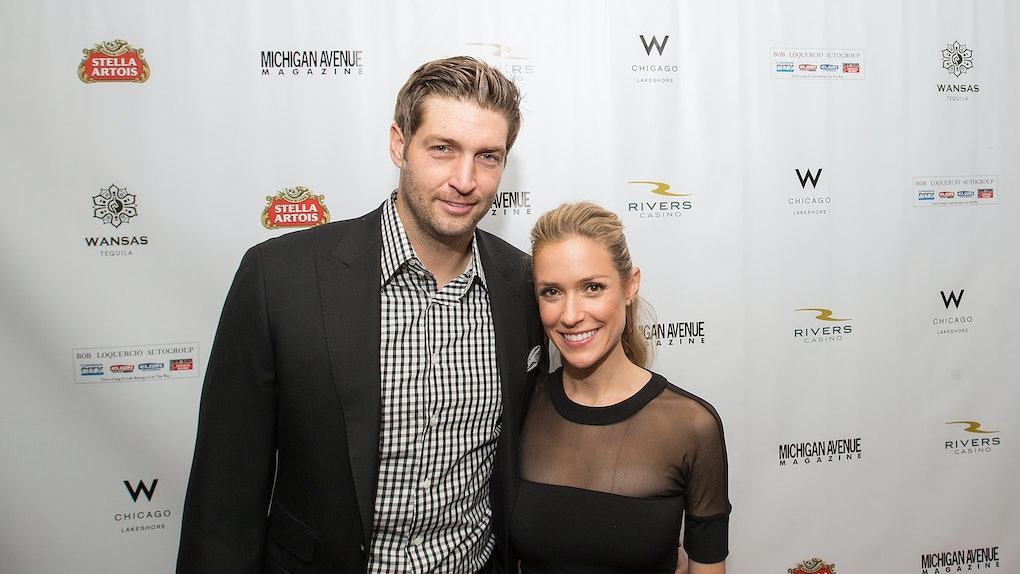 After staying pretty much silent on the matter since announcing the news in April, Kristin Cavallari is opening up about her divorce from Jay Cutler. Apparently, their marital situation was struggling long before fans caught any wind of trouble in paradise. "It didn't happen overnight," the reality star told People, during a Sept. 23 interview, of their decision to part ways. "We tried really, really hard for years and years. It was the hardest decision I've ever made."

She made similar comments during an Entertainment Tonight interview that will air on Sept. 28. "It was something that I truly thought about every single day for over two years," she said.

While their reality show Very Cavallari might have left a lot of fans feeling like they really knew them as a couple, Cavallari revealed they intentionally kept a lot of their issues out of the public eye. "I always thought it was interesting when people would refer to us as 'couple goals,'" she shared. "I was like, 'If you guys only knew.'"

Yes, they were filming a reality show that focused heavily on the trials and tribulations of their marriage. But Cavallari said they still managed to keep "a lot of stuff private" with the help of their producers. She explained, "producers saw stuff, but they didn't put it in the show — which is good, because I don't want my kids to ever [see that]."

Cavallari and Cutler announced they were splitting on April 26. Despite the promises of having "nothing but love and respect for one another," the divorce reportedly grew ugly fast with rumors of custody battles and infidelity dominating tabloid headlines in the months that followed.

That said, Cavallari maintains that nowadays, she and Cutler are good. "I still care so much about him and talk to him almost every day," said. "We have three kids together. He's going to be in my life forever."

She shared her decision to end Very Cavallari was partly made in order to prioritize her family's wellbeing. "My kids are the most important thing to me," she shared. "What's best for them? Probably not doing a reality show, having to talk about divorcing their dad."

With no show or marriage weighing her down, Cavallari is trying to take some time to focus on herself. "A year ago I felt like I was drowning," she shared. "That's not to say I don't have really hard days, but for the past however many years, I've been putting everybody else first. I'm going to focus on me for a minute, look inward and figure out what I ultimately want out of life."

All things concerned, it seems as though Cavallari is in a good place. "I'm proud for making this decision," she said of her decision to leave Cutler. "It wore at me every single day for years. I feel like my whole world is opening up now because of it, and I'm just feeling the best I've felt in a really long time. I'm really excited about the future all around."

And I'm excited for her!