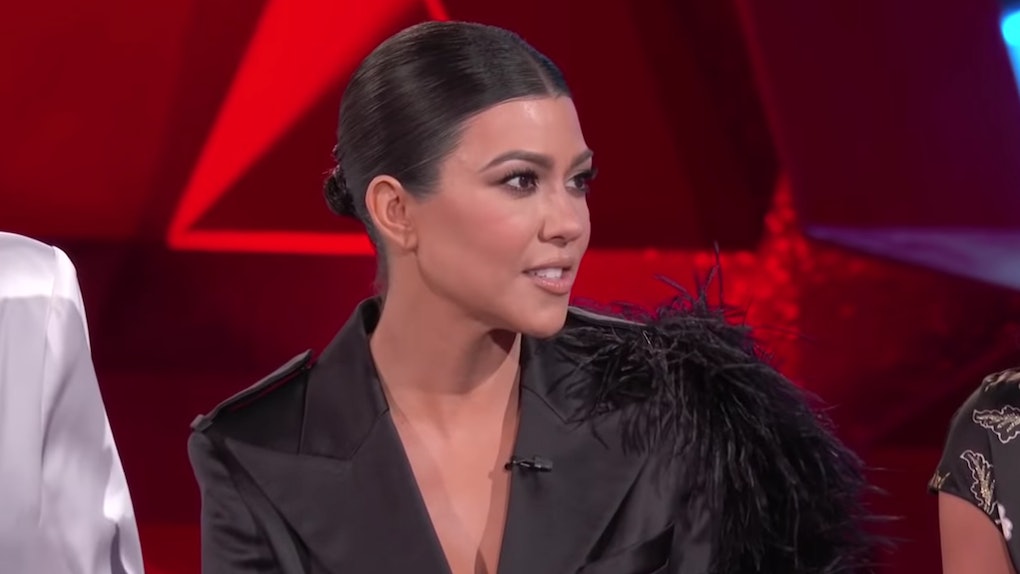 It's always fascinating when you find out new information about the Kardashians, despite having watched their entire lives play out on TV for a decade. The fact that fans are able to follow them on social media, in the news, and on cable often makes it feel like they are living the Kardashians' lives with them, moment-to-moment. So, when they reveal insider info or new details about their lives behind the scenes, it all feels noteworthy. For example, Kourtney Kardashian's original name for Reign seems so out of left field! She and her sisters Kim and Khloé recently popped by Jimmy Kimmel Live! where she revealed an alternative moniker she and Scott Disick were floating around for their youngest child. To hear it today just feels so funny. Are you ready for this? Reign Disick was almost named Preston Disick.

I know. I can't picture it either.

Thanks to Kim Kardashian West's fourth child on the way, KUWTK fans have babies on the brain. Kimmel spoke with Kim about what she was thinking about naming her fourth kid, a boy, and she revealed she was actually toying with her brother's name, Rob. Kim went on to explain she often waits a few days after her children are born to see what their personalities are really like before picking their name.

Kourtney said she did the same thing with her three children. In fact, Kourt said Reign went an entire week nameless. She told Kimmel, "I did a week the last time. I would try out a different name on different days. The whole day." She continued, "One day, Reign — his name was Preston for one full day."

Kourtney explained that she and Scott Disick, who co-parent their children Mason, 9, Penelope, 6, and Reign, 4, initially disagreed on what to call their youngest.

Let's be real. Kourtney and Scott make beautiful babies. Penelope is basically my entire mood for 2019. Arguably, the most fun parts about keeping up with the Kardashians are watching them make biker shorts and orthopedic shoes fashionable and learning what they name their children.

As for Kim considering "Rob" as the name for her baby boy, I know in my soul (just like Kourtney) they'll probably go with something else. If they're going to name their son after anyone it's gotta be the GOAT, Kanye West, right? Kim explained,

I was Googling Armenian boys’ names last night, and I couldn’t really find anything... I was truthfully thinking about just naming him Rob, after my brother, Rob. But, then it’s kind of like North, Saint, Chicago, Rob. It doesn’t really go, but I was really feeling that. And my brother approved it, so that’s like our one kind of name.

Uh-hu, sure. And my name is Kris Jenner.

Catch the entire name discussion around the 3-minute marker in the video below (and check out those feathers on Kourtney)!