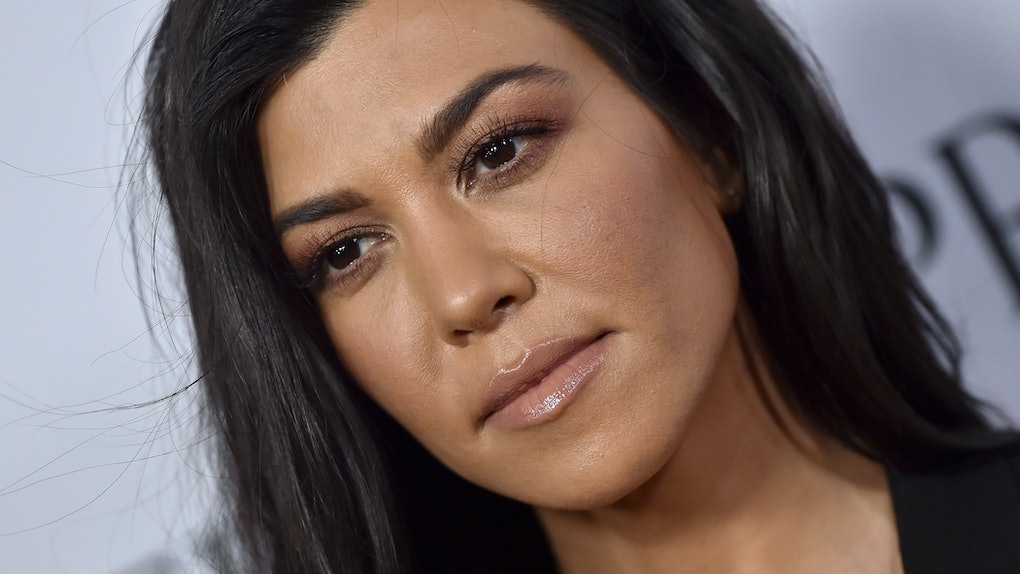 Kourtney Kardashian and Addison Rae Easterling's friendship hasn't garnered positive reactions from everyone. Due to their 22-year age gap, some people question why they're hanging out. Critics aren't shy about letting the stars know their true feelings on Instagram whenever they post a picture together. The Poosh founder usually ignores any negativity, but Kourtney Kardashian's comment about her Friendship with Addison Rae shows she's not letting those judgmental messages fly anymore.

It all started on Saturday, Sept. 19, when Kardashian shared a photo of the pair chilling in the pool at her house. "Two more days of summer," the reality star captioned her post. "A dream," Easterling wrote in response.

Just one look at Kardashian's comments section will tell you how some of her followers feel about the stars' friendship. "This friendship is so confusing," "What’s my girl doing with someone half her age tho," and "She do be a good babysitter," were just some of the things people wrote.

"This friendship still weirds me tf out," someone else commented, leading another user to respond, "41 and hanging around 19 year olds in swimming pools." This message caught Kardashian's attention, and her reply shut the haters down. "Do you suggest a better place," she wrote. "I'm looking for ideas..."

See it all go down in the comments section below.

"We surprised Mason because Mason liked my videos on TikTok," Easterling said while appearing on the Tom Ward Show on July 21. "I kind of just stuck around and [Kardashian and I] got really close. We started working out together. We did a video on her YouTube of us doing a butt workout and stuff, so that was fun."

Since then, Kardashian and Easterling have become best friends. They're constantly sharing selfies on IG and going out to dinner. Easterling has even filmed more TikToks with Mason.

Of course, the Easterling is also aware some people don't like her spending time with Kardashian, but she doesn't care. "If you have things in common, it just makes sense. I don't think that's anything to really judge people on. I feel like friendships can range from any age and I feel like everyone can relate to people in different ways," Easterling explained in a Sept. 2 interview with ET.

Clearly, the pair isn't letting any hateful messages get to them.