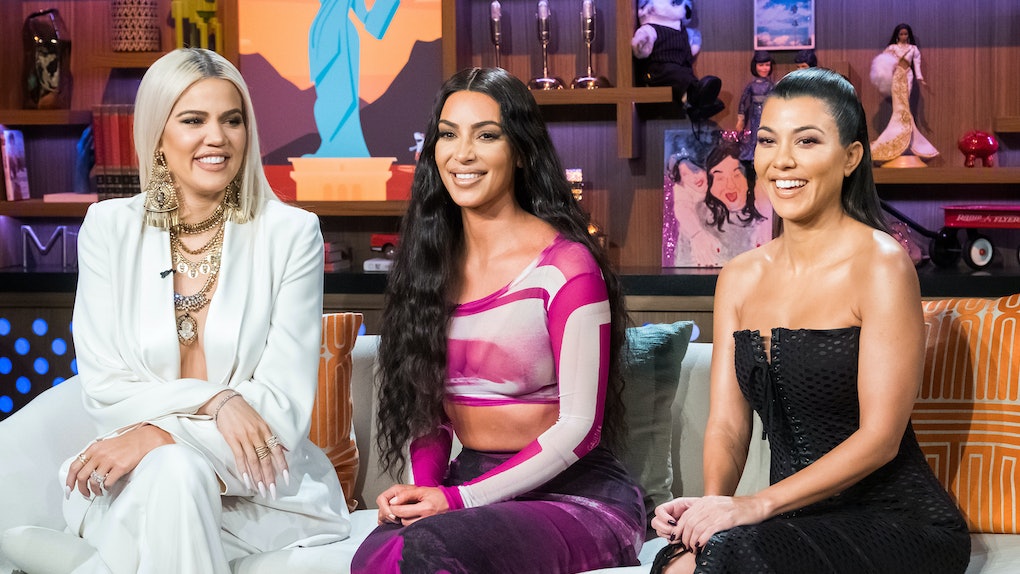 In case you're wondering what the big deal is, I'll catch you up. Earlier this year, Kourtney and Kim went head-to-head over Kourt's request to serve healthier treats and gluten-free sweets at North and Penelope's joint Candy Land-themed party. The whole debacle played out on an episode of KUWTK in July.

"There are candies that are not disgusting and filled with chemicals," Kourtney told Kim, adding candy is the "biggest No. 1 cause of aging," (something kids don't really care about).

Kim simply was not having it, and made her feelings clear. "It's a Candy Land-themed party!" Kim yelled. "That's like what the party is about ... It's not gluten-free land over here!"

So when the time came for Kourtney's Poosh party on Dec. 9, where she laid out an entire table full of candy, Kim and Khloé couldn't help but troll her for it.

"Is this candy sugar-free and gluten-free?" Kim yelled out to Kourt in an Instagram Story. "I bet it's not, but it's gorgeous anyway."

"I found out it's not," Kim captioned a snap, with the hashtag, "#hypocrite."

Khloé also prompted Kim to call Kourtney out by taking a video of her snagging treats from the candy table. "I said, 'How ironic that she has a candy bar here,'" Kim told Khloé. "And it's not sugar-free and gluten-free. I don't know what to do here, I don't know how to handle this."

Kim and Khloé did praise Kourtney for having reusable treat bags for the candy instead of plastic, however, another cause Kourt is outspoken about.

Kim added: "But, you know what, it's plastic-free. So, at least we are somewhere."

Kim, Khloé, and Kourtney may have their disagreements — even about things as silly as candy — but at the end of the day, they always show up to support each other.