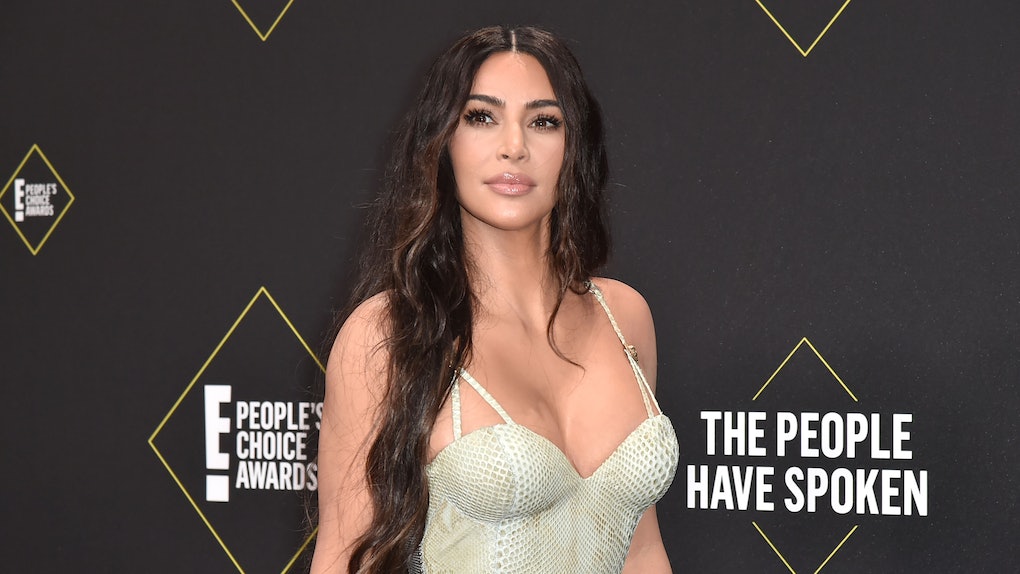 Kim Kardashian knows firsthand what it's like to live under a microscope. While she may not be British royalty, she's reality TV royalty, and can totally empathize with the royals' struggles to protect their loved ones from the pressure of public scrutiny. Kim Kardashian's quote about Meghan and Harry's press drama says it all.

In October 2019, Prince Harry released a personal statement on the harsh criticism he and Meghan Markle received from British tabloids while addressing his fear that "relentless propaganda" will cost him his wife, like it cost him his mother Princess Diana in 1997. Later that month, ITV News shared a clip of an emotional Markle talking about handling all the pressure while pregnant.

Kardashian, who is often followed by paparazzi and has her every move dissected by millions of people who follow her online, is no stranger to negative press. When asked if she felt any sympathy for Meghan and Harry in a Nov. 24 interview with The Sunday Project, the Keeping Up With The Kardashians star noted each celebrity's experience with the media is different.

“I think everyone has their own journey. I think their journey is extremely personal, with — you know — what [Prince Harry's] mother experienced and how her life was so affected by the spotlight and by paparazzi. I don’t think anyone can really understand what that’s like except for them," Kardashian said.

Although, as a mother of four, Kardashian said she could relate. "But I think as I’m older and as I have kids, what I would want for them is just the safest place," she said. "I can definitely empathize with their need for having a secure, safe place and taking time for themselves and having privacy when they need it."

Kardashian has previously talked about the ways in which she and her husband, Kanye West, keep her household safe. In a Nov. 5 interview on The Real, Kardashian revealed the household rules West put in place to ensure a healthy and safe environment for their children's development.

"[Kanye's] had this epiphany of being ... a little bit more strict as a dad and being very forceful on the imagery that's in the household and what they see. I actually agree with it," she said. Those rules include no TVs in their children's rooms.

While the Kardashian-West family is very different from the royals, one thing is for certain — both put protecting their families first.