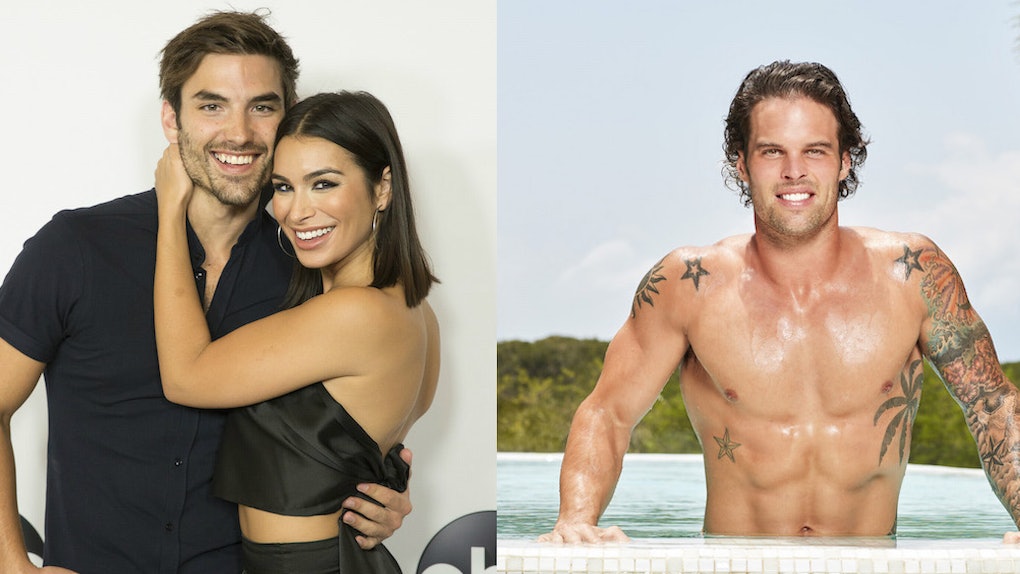 One woman's Paradise is another man's heartache. Just ask Kevin Wendt. On Monday's episode of Bachelor in Paradise, it looks like audiences will finally get to see what they've been waiting for: Jared's popping the question to Ashley! But there's one cast member who doesn't exactly have reason to celebrate. Kevin's reaction to Ashley and Jared's proposal is hard to watch. Who wants to be present for their ex's engagement? Talk about stirring up old feelings.

In a sneak peek for the upcoming episode of BiP, alums of the show Ashley Iaconetti and Jared Haibon are shown in post-proposal bliss. Ashley's got happy tears in her eyes this time and she's warning viewers not to settle for "anything less than butterflies." Fair enough. Kevin, on the other hand, seems conflicted about watching his former flame embark on milestone moment in her life, especially since their relationship isn't that far behind him. He explains to Astrid, his current Paradise ladylove, his thoughts on witnessing Ashley's happily-ever-after go down. Kevin confesses,

It's kind of annoying because I haven't thought about her in a while and I've had a good couple of days and like, I know I'm not the mayor of Paradise but I'm still here doing my own thing and you come here and do it right in front of me... That's kinda... Maybe it's just me.

Even with Astrid comfort and support, Kevin still questions Ashley's intentions now that she's prepping to walk down the aisle so soon. He also has his own regrets.

"I wish I would have left the relationship way earlier than I did. And then she's all of a sudden with a guy right after me and now they're engaged it's like, was I just a pawn in her kind of scheme?" Kevin also admits to Astrid.

Despite their connection, Astrid can't help but have concerns on the effect Kevin's dating history and this Ashley/Jared development will have moving forward.

Ashley and Kevin struck up romance on Bachelor Winter Games earlier this year, won the show, and stayed together until this past March. In May, Ashley revealed she and longtime friend and BiP crush Jared were officially an item, and the pair announced their engagement in June.

Kevin touched on the situation briefly in the first episode of Bachelor in Paradise Season 5, saying,

When Ashley and I left Winter Games, I knew I wanted to marry her one day and then Jared flips the switch and now he wants to be with her. I did try to make it work but if you kiss another guy while you're dating someone else, that's cheating in my book. That really hurt me. I heard through the Bachelor grapevine that Ashley and Jared are dating now, so it's time to move on.

Ashley responded to Kevin's remarks on her Ben and Ashley I. Almost Famous Podcast, clarifying that Jared declared his feelings for her while she was dating Kevin and did indeed kiss her during that time, but nothing else transpired until she and Kev called it quits. Ashley explained,

I admitted that I was dating Kevin when Jared kissed me and that is true whether you call that cheating, that is up to you. By most definitions that is true. It was just one of those moments of passion… He pulled me in and I kissed him back, yes, but I never kissed him again until Kevin and I broke up until the day after my birthday.

Despite some hiccups, Astrid and Kevin have been one of the realest and strongest couples on BiP this season. Even if she's dealing with doubt, it's nice to know Kevin has someone like Astrid by his side through all of the emotional ups-and-downs that can come with being a part of the Bachelor alumni's small world.