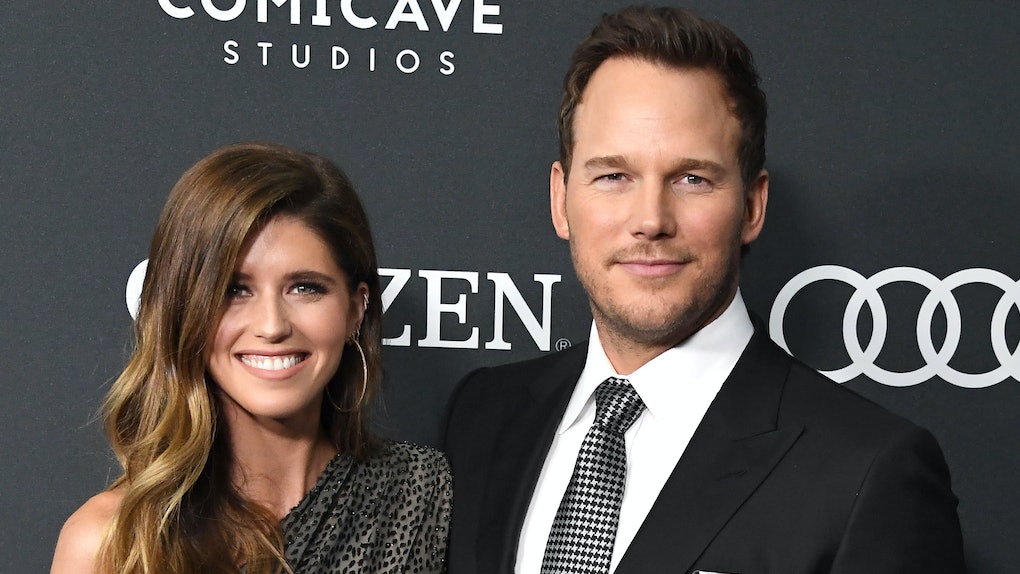 How many A-list Chrises is too many? IMO, the limit does not exist — but apparently, not everyone agrees. On Oct. 17, TV writer Amy Berg took to Twitter to share pics of Hollywood's most popular Chrises — Chris Hemsworth, Chris Pratt, Chris Pine, and Chris Evans — with the caption, "One has to go." Twitter users had plenty of opinions, but many deemed the Parks and Recreation alum "Hollywood's worst Chris." Apparently, Pratt's wife wasn't pleased with the verdict, and when E! News posed the same question on IG two days later, Katherine Schwarzenegger defended Chris Pratt in the classiest way.

"Is this really what we need?" she commented in response to the post. "There's so much going on in the world and people struggling in so many ways. Being mean is so yesterday. There's enough room to love all these guys. Love is what we all need not meanness and bullying. Let's try that."

Though Schwarzenegger didn't explicitly mention her husband, other people weren't quite as subtle. Many of those who decided to vote Pratt off Chris Island cited their reasons, which largely had to do with Pratt's affiliation with a controversial church and his rumored right-wing political beliefs.

Pratt first sparked controversy in February 2019, when he defended his church, Hillsong, after actor Ellen Page called it out for being "infamously anti-LGBTQ." Five months later, Pratt raised eyebrows again when he stepped out wearing a questionable T-shirt showing the Revolutionary War-era "Don't Tread on Me" flag, which is a symbol that has white supremacist ties and is often used by far-right organizations, such as the Tea Party movement. Most recently, Pratt received backlash for failing to participate in an Avengers fundraiser for Joe Biden, as well as for making a poorly-received joke about voting on Instagram.

On Oct. 2, Pratt posted a promotional pic from his latest animated movie, Onward, along with the caption proclaiming, "The upcoming 2020 People's Choice Awards is the most consequential vote in the history of mankind times a million infinity." To say his quip didn't impress people would be an understatement.

Some fans may have mixed feelings about Pratt at the moment, but it seems as though his wife (and many of his fellow Avengers) will always have his back.