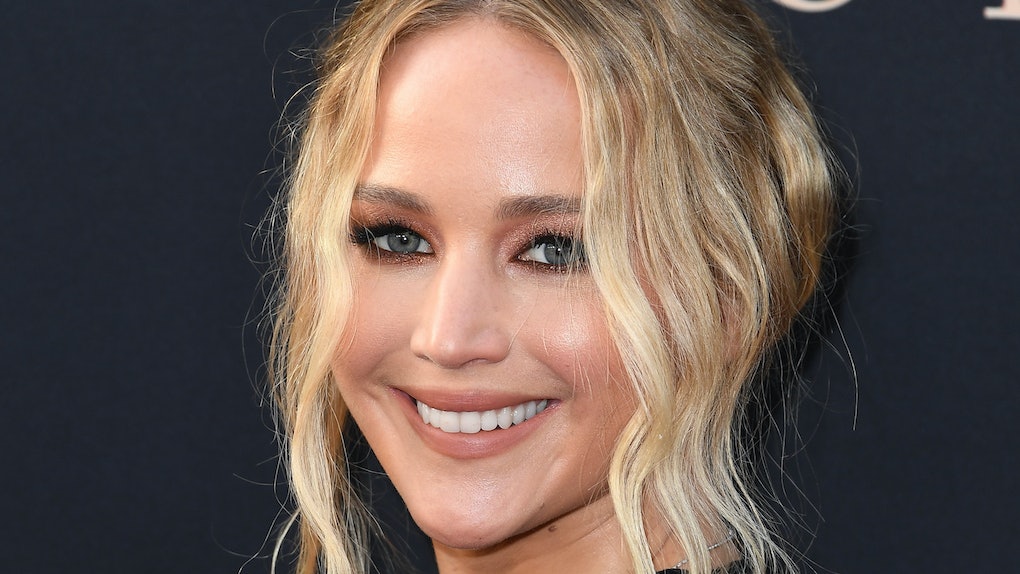 Jennifer Lawrence made a rare social media appearance following Joe Biden's victory in the 2020 presidential election. The Hunger Games star rarely uses any social media, but she made a special exception to share a video of herself celebrating the historic occasion. Here are the details of Jennifer Lawrence's video reaction to Joe Biden's election.

Lawrence shared a Twitter video on Saturday, Nov. 7 shortly after Biden was projected to win the 2020 election, captioning the post, "Had no choice but to throw a party for 1 #comeonbostonletsparty." The video features Lawrence wearing a leopard-print mask and pajama pants, running up and down a residential sidewalk in Boston. At one point she can hardly contain her excitement, leading her to stop and dance while whipping her hair back and forth. There are even a few cheers for Lawrence as she celebrated the big news on the street.

Lawrence is a newbie on Twitter, having only made a public account back in June to speak out against social injustice. She uses the account to support the anti-corruption initiative, RepresentUS, of which she is a cultural council member, as well as the Black Lives Matter movement.

Lawrence also took to Twitter to clear the air on her political stance, after admitting that she had grown up a Republican on Dear Media's Absolutely Not podcast in October. In a Twitter statement on Oct. 27, Lawrence shared: "I would like to clarify my voting record, which is the subject of many circulating headlines. I grew up in a republican family and voted for John McCain in 2008, but through Obama's presidency, and growing up to realize I was voting against my own rights, I am proud to say I am a Democrat."

Lawrence had previously claimed she would never join the social media platform. In November 2014, she explained on BBC 1 Radio that Twitter wasn't her thing. “I cannot really keep up with emails so the idea of Twitter is so unthinkable to me,” she said. ”If you ever see a Facebook, Instagram, or Twitter that says it’s me, it most certainly is not.”

Thankfully for fans, it looks like Lawrence changed her mind about Twitter, and will hopefully be making more social media appearances in the future.