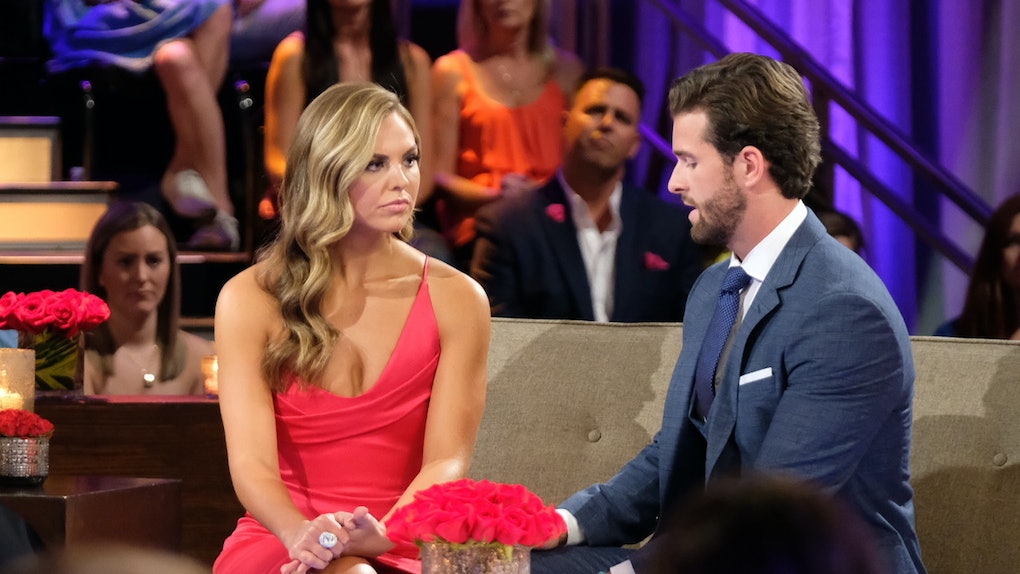 As dramatic as Season 15 of The Bachelorette was, the real drama happened after the cameras stopped rolling. After Hannah Brown ended her engagement to Jed Wyatt because he had a girlfriend back home while the show was filming, Hannah asked out her runner-up, Tyler Cameron. All seemed promising, until Tyler started dating Gigi Hadid, leaving Hannah in a bit of a lurch. The drama has been hard to keep up with, but Jed recently spoke up about everything that went down. TBH, Jed Wyatt’s quotes about Tyler Cameron, Gigi Hadid, & Hannah Brown might surprise you.

Jed's interview with People at the iHeartRadio’s Miller Lite SoCal Country event on Saturday, Sept. 7 is pretty telling. When asked about his thoughts regarding the whole Hannah-Tyler-Gigi love triangle, Jed simply responded, "I had heard about it. Ultimately I want everyone to be happy, whatever that means. I will continue to support [them] though I haven’t paid too much attention to it. If everyone’s happy, then that’s what’s good."

Jed's comments feel like solid support after all the negativity that went down, so it's nice to see all he really wants is for everyone to be happy. He's remained pretty silent following his breakup with Hannah on national television. Of course, fans weren't too happy with his behavior on and off the show, but Jed didn't try too hard to defend himself. Honestly, that would be pretty hard to do when your ex-girlfriend who you were still with when you went on The Bachelorette has all the receipts!

Just like Chris Harrison promised, Hannah's season The Bachelorette was one of the most dramatic seasons ever. There were fights, there were tears when fan favorites got sent home (looking at you, Mike Johnson!), plenty of men were accused of not being there for the right reasons. Jed's ex Haley Stevens' interview with People (you know, the one where she came forward about still being in a relationship with Jed when he went on the show only to be essentially ghosted by him after filming) was the icing on the cake of an already super-intense season.

Ever since the "After The Final Rose" special, Jed has laid low for the most part, and doesn't seem all that bothered by the news cycle. However, as chill as he is now, when Hannah first asked out Tyler, he opened up about how he could tell there was a spark between them. “I couldn’t really put a finger on it when I was there that day," he told Good Morning America host Michael Strahan, about filming "ATFR." "I know there was a lot of nerves and a lot of tension, but you know, her happiness is my best interest. I want her to be happy, and Tyler’s one of my friends, he’s a great guy, and, you know, if that’s what it’s supposed to be, then I support that."

Now, as Tyler and Hadid continue to get more and more serious by the day (they were photographed at Hadid's grandmother's funeral in the Netherlands!), it seems as though Hannah/Tyler shippers might have to let that dream go. Here's hoping everyone gets their happily ever after.

More like this
Katie Thurston's Ex Joked About Her 'Bachelor' Entrance In His Stand-Up Act
By Corinne Sullivan
Did Zac Clark's Mom Unfollow Tayshia Adams? It's Not That Deep
By Lydia Wang
Are Clare Crawley & Dale Moss Engaged Again? This Update Has Fans Convinced
By Candice Jalili
Stay up to date