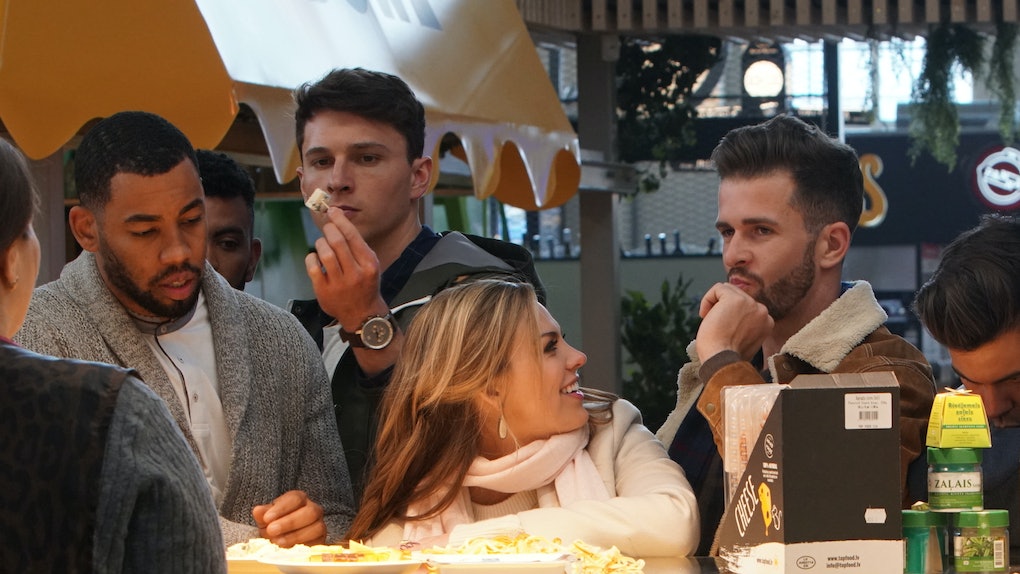 The drama on Hannah's season of The Bachelorette just keeps coming. Bachelor Nation is still recovering from all the fighting of the June 17 episode, which was so intense that it had Hannah questioning if she even wanted to continue on at all. She made the decision to keep going, but now new tensions are rising. Some reports are circulating that Jed from The Bachelorette allegedly had a girlfriend while filming the show, which could be a real game changer.

People magazine reports that Bachelorette contestant Jed Wyatt was in a four-month relationship with fellow Nashville-based musician Haley Stevens when he first began filming this season of the show. Stevens told People, "We spent the night together the night before he headed to L.A. He told me [the show] was just an obstacle and we’d be stronger on the other side because of it.”

According to People, the two allegedly had been dating for months and had just said 'I love you' to each other right before filming for Hannah's season began. Stevens said that Wyatt assured her he was only going on The Bachelorette in order to gain a bigger platform for his music.

"He told me [early on] that he had applied,” Stevens, said to People. “He said, ‘It’s probably not going to happen, but it’s a huge opportunity. I’m only doing this for my music.’ He only did it for his career.”

Earlier this season on The Bachelorette, Wyatt admitted to Hannah that he originally was not on the show for the right reasons. During their one-on-one date during the June 3 episode he said:

My first thought was this is like a huge platform, and I just want you to know the truth. So I came in with that mindset, but every moment that we’ve had has taken that away and shown me that now more than anything I want to be with you.

But, it turns out that Jed may have left out some key details of his experience before joining the show. According to Stevens, she spoke with Wyatt as recently as when he landed in Los Angeles to begin filming this season. He reportedly told her he loved her and assured her that whatever she'd see him do on TV was "not real. It's acting."

Stevens has been watching this season of The Bachelorette with the rest of Bachelor Nation, all the time waiting for him to return home to her. She told People:

I was terrified that he would fall in love with Hannah. In the beginning I felt bad [watching the show] because I thought he loved me and was faking dating her. But then I thought, my boyfriend could be engaged to someone else. Seeing him kissing her for the first time was the worst day.

As the season continued on and Stevens didn't hear from Wyatt, she realized that there was a good chance that he wasn't going to reunite with her. Recently, she ran into him in Nashville and was "baffled" that he didn't contact her when he returned home. Reportedly, Wyatt didn't know what to say to Stevens about ending their relationship and so he never reached out. Stevens said to People:

As it got closer to the end, I was preparing myself. I thought it probably wasn’t going to work out. But the hardest part is that he ghosted me. He loved me, but he didn’t have enough respect for me to have that tough conversation.

It's unclear how this alleged relationship will affect Hannah and her search for love, but only time will tell.