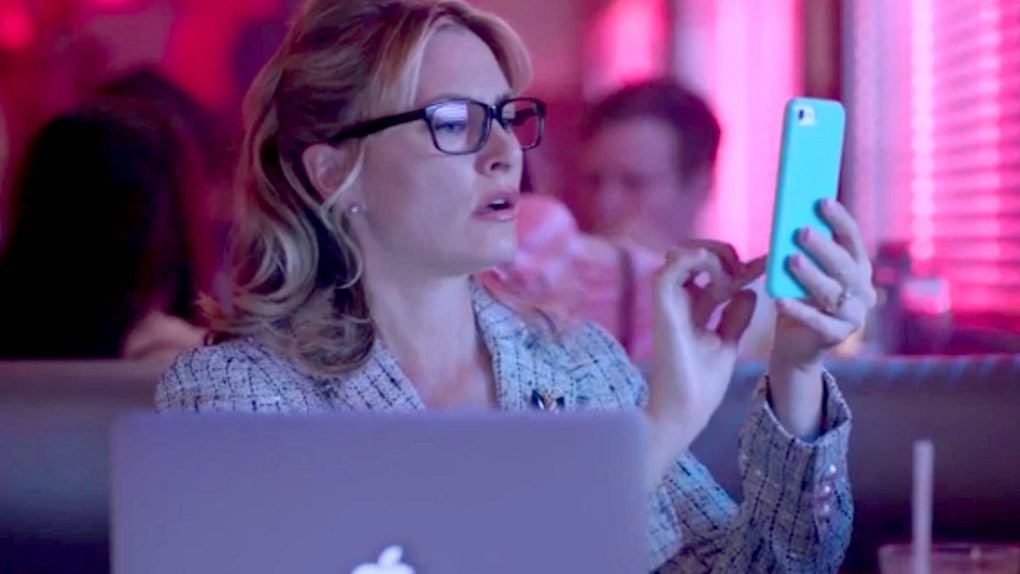 Is Mrs. Cooper The Killer On 'Riverdale'? This Fan Theory Makes Too Much Sense

The major mystery of Season 2 of Riverdale is causing everyone in the fandom to take a closer look at the characters. Could one of the townspeople that we've come to know actually be behind the recent killing spree? Well, according to one convincing fan theory, yes. Following the events of Episode 2, Season 2 of Riverdale, some viewers are starting to suspect Mrs. Cooper might be the mastermind behind the Black Hood killings. A theory making the rounds on Reddit makes a case for Alice Cooper going to lethal extremes in order to clean up the town.

This new theory is built off a popular theory that most fans have already adopted about the Black Hood killer: that he is targeting people he sees as sinners in the town. Take a look at all the victims so far — Fred Andrews committed adultery by hooking up with Hermione Lodge while both were married, Miss Grundy preyed on underage boys like Archie, and the latest casualties Midge and Moose were using illegal drugs. The self-righteous motivation seems to add up, and when you pause for a second to ponder which character seems most obsessed with the criminal element in Riverdale, the answer is clearly Alice Cooper.

Wednesday's new episode only made it even more clear how worried and angry Mrs. Cooper is about what she sees as the rise of deviancy in the town. While everyone else is enjoying the fundraiser night at Pop's Diner, Alice Cooper is obsessively taking photos of the Southside Serpents, drug deals going on outside, and monitoring Hiram and Hermione Lodge. She even goes off on Betty at the end of the night about the rising criminal element in Riverdale.

For even further proof, fans have pointed out that Alice Cooper is one of the only characters that knew about the sins of the four Black Hood victims: She was openly critical of Fred's affair with Hermione, she was the most enraged to find out about Miss Grundy's pedophilia and wanted to call the cops on her, and she was carefully watching the jingle jangle drug deals among the teenagers outside of Pop's. Honestly, it all seems to add up.

But obviously, that's not Alice Cooper under that black hood. The actual killer seems to be an older man, but that doesn't mean Mrs. Cooper is the brains of the operation. Some fans are assuming Alice's husband (Betty's dad) Hal Cooper is the actual killer, with his wife getting all the sinful receipts and telling him who to target. We've also learned that Alice has some sort of history with the Southside Serpents, so there's speculation over whether she's still close with some of them and is using a killer from the gang to carry out her plans to eliminate sinners. Check out the full theory below.

I mean, sure, the theory is a little crazy, but it really is convincing when you realize Mrs. Cooper was one of the only characters who knew about the indiscretions of all the murder victims so far. Even if she's not actually the Black Hood killer, there's definitely something going on with Alice Cooper. She's just so scarily intense — there's even a fan theory that she could be a witch! Hopefully we will figure out what Mrs. Cooper's deal is in this season of Riverdale.

Aside from the Mrs. Cooper theory, the other character that fans are discussing as being under that black hood is Veronica's seemingly sweet butler Smithers. It was definitely an eyebrow-raising moment when Hiram Lodge ominously told his daughter that Smithers had to go away for a while at the end of Wednesday's episode, and although he seems like a nice dude, Smithers does in fact work for criminal mastermind Hiram. Not to mention he also seems to physically match what we can see of the killer. Hmmmmm, who could it be!?