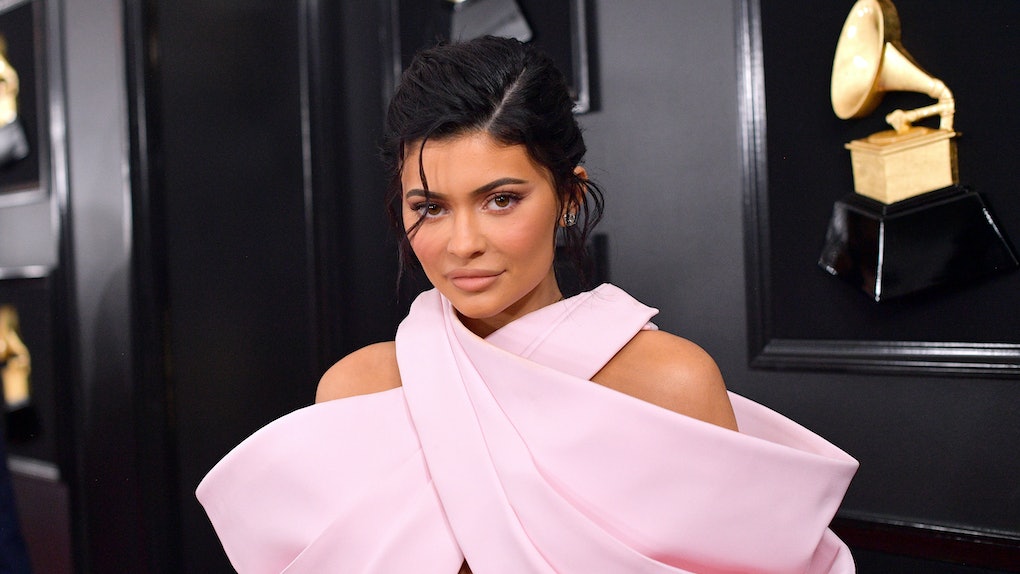 This is the first season during which I have my life together enough to actually watch Keeping Up With The Kardashians in real time, so it's safe to say I'm as invested in the family as ever. And while the show definitely gives a close look at their daily lives, it's their social media accounts that really let fans in — they're also the place where most launches and leaks are revealed, whether intentionally or not. I'm used to seeing Kylie Jenner and her sisters post about and support one another's brands, but a recent Instagram Story from Khloé Kardashian has pretty much everyone asking the same question: Is Kylie Cosmetics launching a skincare line? There have been rumors, hints, and even a few trademarks filed, but Khloé's story is the first concrete piece of evidence so far, so allow me to unpack what all this means.

Kylie Cosmetics is basically always launching something new, and after dropping a slew of products in baby pink packaging, from blushes, bronzers, and highlighters to glosses and setting powders, the brand decided to debut something a little different. Just a few days ago, the Kylie Cosmetics Instagram account posted a photo of a baby pink bottle with the words "Kylie Jenner Setting Spray," overshadowed by an all-caps "Kylie" in silver chrome.

According to the post, the Setting Spray drops on April 12, so the wait won't be long:

Whenever Kylie Cosmetics or KKW Beauty release something new, it's standard for all the Kar-Jen sisters to receive a package of goodies in the mail, to play with and post on their socials. As good sisters should, they always support one another and post about the products, but it was Khloé's well-intentioned praise recently that basically spilled the beans regarding the reported skincare launch.

"I am sooo excited," Khloé captioned one of her posts:

"I'm so excited for Kylie's skincare line you guys," she says in the video... and I'm sorry, come again?

"I'm so excited for Kylie's skincare line you guys." OK, but what skincare line, ma'am? Here I was, over the moon for a simple setting spray, and now there will reportedly be even more skin prep products in baby pink packaging coming soon?

Neither Jenner nor the brand have acknowledged Khloé's claims on an upcoming skincare line... yet:

However, evidence supporting the impending existence of a skincare line keeps growing. According to a blogger called Trademark Ninja, who pointed out that Jenner filed for trademarks, including "Kylie Skin by Kylie Jenner" and "Kylie Skin," per PopSugar. I didn't think this product was part of that separate entity, though, but now, Khloé has me thinking so.

Me, fully prepared to stan a skincare line that hasn't even been confirmed:

I do hope Jenner or the brand release a statement soon, mostly because I need to know if I should be saving up extra coin to buy an entire reported line of products. I'll do it, Kylie, just say the word!

More like this
How To Get A Trendmood Box, AKA The Next Big Thing In Beauty Box Subscriptions
By Bella Gerard and Theresa Massony
Is Sephora Closed Due To Coronavirus? Here's How The Brand Is Responding To The Pandemic
By Theresa Massony
Where To Get Farmacy's Sweet Apple Clean Makeup Meltaway Cleansing Balm, A New Take On The Classic
By Margaret Blatz and Theresa Massony
Stay up to date