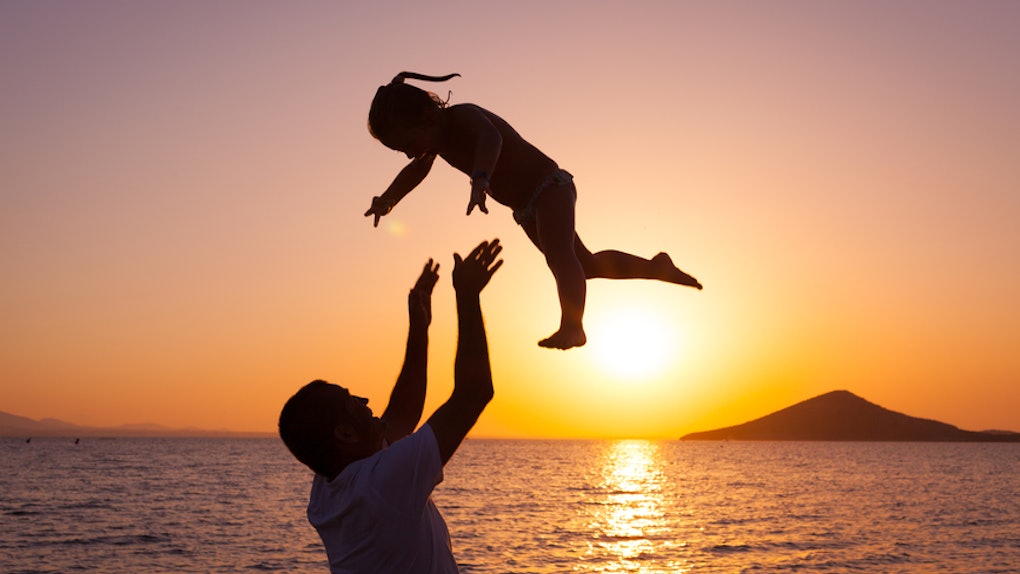 If You're Dating Someone Who Has A Child, Here Are 5 Important Pieces Of Advice

As a woman who doesn't want kids of her own, I've always been a little apprehensive about dating someone who has a child. It's not like I'm Meredith in The Parent Trap who was eager to ship her fiancé's twin girls off to boarding school. I like kids. I love babies. I just don't know if I'm cut out to be a mom. And even if I am, I don't have any real interest in being one, which is fine by me.

Truthfully, if I ever found myself genuinely interested in someone who happened to be a parent, I would be willing to give it a shot. Of course, they'd have to be OK with my views on parenthood, too, but I think it could work. For me, it would come down to how we define our relationship. My role, as of right now, would be that of a romantic partner, not a step-mom. I'm not ready for the responsibilities that come with the latter and I think it's better for everyone involved that I disclose that going in. In the same way, I'd expect my partner to have disclaimers of their own about how they lead their romantic lives and their family lives. It's only fair.

Understanding and respecting each other's needs in a relationship like this is one of the first steps to navigating a potentially-complicated situation. Here are five other tips from people who've been there before.

Honestly I would avoid meeting the kids until you two are more serious. Any attachment you feel to them is 10x stronger the other way. Mainly this is from seeing my sisters date while having kids, they’ll call them dad and then they’re gone.

Be Honest About Your Intentions

So, I'm going to answer this from the other side of the coin. As a single, bi, dad of two kids... be honest and don't just ghost. I'd rather hear 'hey, I'm not ready for kids yet' than just all of a sudden not hear from someone.

Getting 'us' time can be a challenge since he has custody. But it works out. As someone who was not ever interested in having kids before, it's kind of nice to have a little one running around.

Treat Their Kids With Respect

I got along fine with his 10 year old son. He and I weren't compatible for other reasons. There's nothing that says you have to like or want kids, either. If you relax and treat them like humans, you may get more comfortable later, but if someone decides to pressure you about it, you probably shouldn't date them long.

My last serious ex-gf with kids let me into their lives once we became exclusive and she was comfortable. I adopted the role of positive adult role model. She told me quick it was not my place to raise her children. I led by example in how I treated her and her kids. We broke up. I'm still cool with her but I miss the kids and pets way more then her as time passes.

Like it or not, your relationship isn't just about you and your partner in this situation. You should maintain an open dialogue with your partner about your feelings, thoughts, and concerns as they come up. Establish boundaries early on (like when you'll meet their kids, how involved you'll be in their lives, and how much communication you'll have with the other biological parent if at all) and review them as the relationship progresses.

While it's OK to have different priorities in your lives, it's important to acknowledge this is the case and to be OK with it for the sake of everyone involved. You may not have to be a parent but you do have to be a grown-up about this.

This article was originally published on May 3, 2018