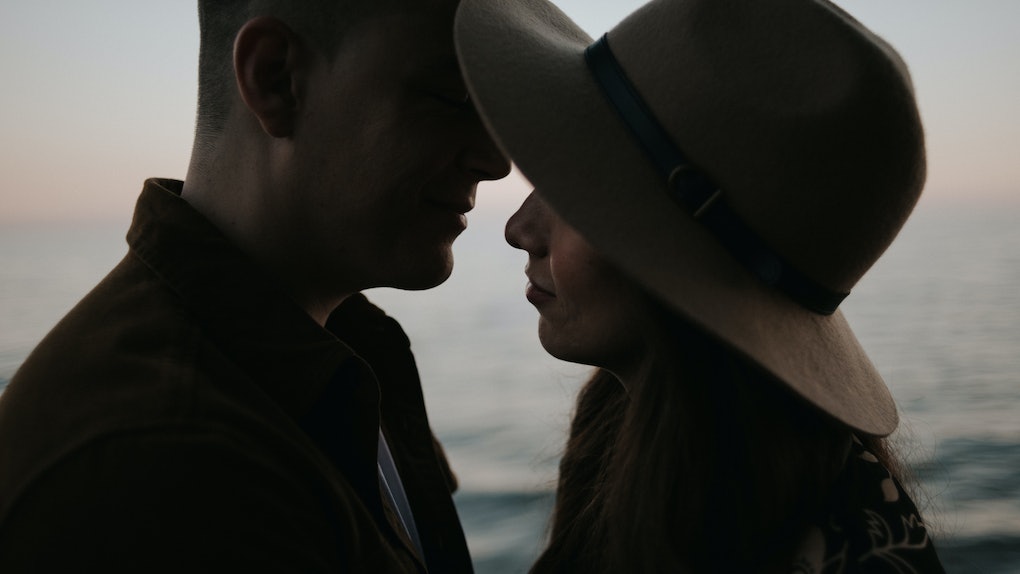 As someone who has been on dating apps for over three years and has slept with over 75 people, I consider myself somewhat of a casual sex expert. Whether it be one-night stands, phone sex, casual sex partners, or once-a-year sex pals, I’ve done it all. However, when it comes to keeping in touch, I’m the ghostest with the mostest. Unless someone is cool enough to text regularly, my previous plunders are left to enjoy my presence through social media (or not at all through the block button.)

While I see no reason to keep in contact, I do often ponder my journey as a slut. When I look back on the list of people I've banged (yes, there is a list), I wonder, "When did I really start getting good at sex?" and "I wonder if that one-night stand noticed that technique I tried?" Above all though, I would want to ask the people I've slept with how they would define our casual relationships. If were to I could go back and relive my sexcapades, I would definitely be scheduling sexit interviews to inquire how they perceived our time together. But since time machines don’t exist yet, I decided to make use of my contact lists to see what my old flames had to say.

I consider myself a confident person, but I would be lying if I said I wasn’t nervous when bringing up the conversation histories of my past partners in my phone. Luckily, my innate curiosity stepped in and I was able to put my insecurities to rest while hitting send. Here’s what happened next.

This guy referred to our time together as "good, sexy, casual fun."

Voice Note was a guy I slept with back in my OG dating app days who came into town twice, all the way from Toronto, to f*ck me. One time I was intoxicated and threw up on his dick as I was deep-throating him, so it’s actually an honor that he still has shown continued interest in me. Last we spoke, he was inquiring about my sex blog, wanting to pay for us to get a couples massage at an erotic parlor. He had never been featured on my blog, so he was eager to get a story of his own among my adventures. Nothing came of that idea, but when I texted him asking to define our sexual relationship earlier, he sent me his answers in voice notes.

The first note stated "Our? We’re not an us." I agree, so I clarified.

The second voice note said that he thought we had some good, sexy, casual fun together. And then he told me we should discuss it over coffee, which really meant coffee and sex. I’m glad to know I can still rope him back in if I need to.

Back in the summer of 2015, I matched with New York, who was visiting Toronto with a band he did visual effects for. He was eager to connect during his short visit, and drove down to see me in a messy car. We got to know each other and vibed beforehand, had stellar sex, and snuggled while he introduced me to videos of Pee Wee Herman (I was more of a Mr. Dressup gal myself). He messaged me when he was back in town a year later. Our once-a-year fling was perfect, now with added choking, name-calling and spanking. I hadn’t heard from him this past summer, but I was traveling in the States myself, so it didn’t bother me too much, but I was excited when he replied to my question this week.

His response was exactly as I hoped, and mutual to my experience. He even reminded me that last time we slept together it was my birthday! I quickly thanked him for answering (as seen via my spelling error) and asked him to keep in touch if he ended up in town. I liked his answer to that, too.

This guy also labeled me "fun" (three times, even).

Exactly what I thought he’d say, although I’ll admit the smirk emoji kinda threw me off.

Honestly, these two are the most wholesome people I know, and I’m very happy I decided to have sex with them. Her response echoed my thoughts on our experience together, and I’m glad that it was a pleasurable and explorative time for all of us.

This guy kept hitting on me.

There’s no eloquent way to put this, but I gave this guy a blowjob on a U.S flag-themed Bald Eagle pool floatie while visiting Los Angeles this past summer. We also had sex, but the pool floatie BJ was the more memorable part of the evening. The last time he texted me it was back in July needing advice on how to ask for nudes. I don’t normally give sex advice for free, so I didn’t respond until I needed him to answer my question. I told him that if the vibe was right he could tell his suitor "You’re sexy and I want to see you naked." And then he responded to my query.

I have the same sentiments about our relationship, but sorry Patriotic BJ, you can’t ask someone for sexting advice and then use that advice to ask them for nudes. Not happening, my dude.

My most recent friends with benefits relationship was with Northern Boy. We met at a dark bar for drinks one evening in the summer, and he charmed me instantly. I invited him home for ice cream, which was a quickly abandoned idea as he pulled me in for a deep kiss. I developed a deep crush on him as months went by, through cuddle sessions and talking after passionate orgasms. We had made plans to clone his penis this past October, which we were canceled when he got back together with his ex-girlfriend. I was saddened by the news, but since we developed a quick connection over the course of our casual relationship, we decided to remain friends. Compared to the other people I contacted, his reply was the only one I cared about.

Telling me he was taking his time with his answer had me hopeful for a more intricate response about our connection. The previous replies from the other conversations left me cocky; their answers filled with offers and unrequited compliments. Northern Boy had compliments too, but perhaps I wanted an answer that didn’t sound so much like the others.

Reconnecting with previous sexual partners is always a weird experience. No matter what previous partner you’re talking to, the conversation unearths old memories and feelings. Through this experience I learned that a good chunk of people I have in my Rolodex will still happily reply to me within a small timeframe; it felt empowering to see their texts quickly hit my notifications bar. Not all the sexit interview responses were what I was looking for but they were unionized in opinion, making me feel pretty great about myself as a casual sex partner.