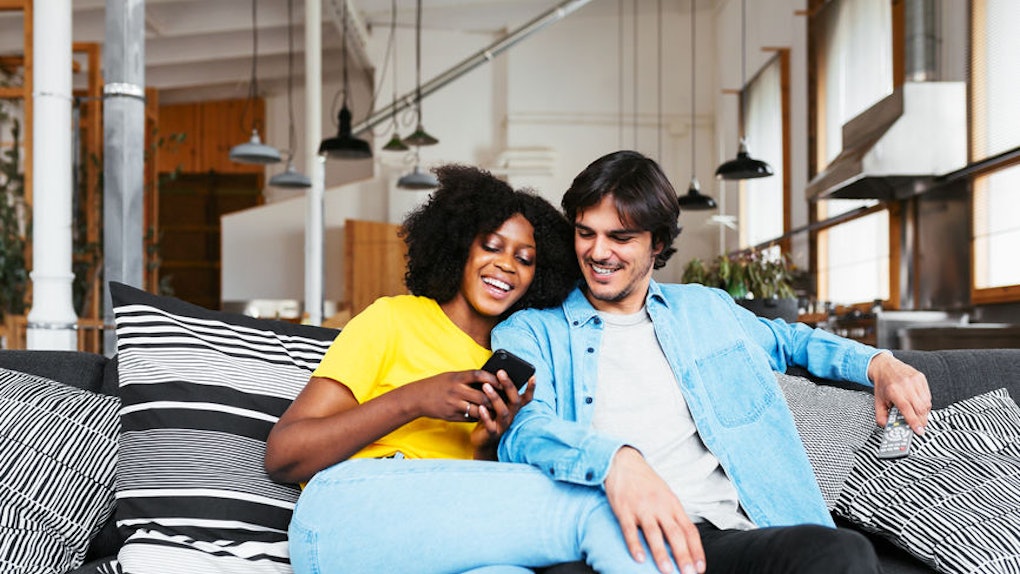 To post your SO or not to post: That is the question. It's possible your partner not posting you enough on IG (or vice versa) rarely worries you. You might not be big on Insta or social media in general. Or if you are, but you've made the conscious decision to keep your love life private. On the other hand, maybe a healthy social media presence, preferably featuring your partner, is everything to you. So naturally, a significant other who doesn't post pics of you on Instagram might really rub you the wrong way. And your feelings are perfectly valid! A recent study by review website FitRated found that roughly one in four people would consider breaking up with their partner for not posting them on social media.

For some, it may be easy for your imagination to get the better of you and make you feel some type of way. You might conclude that your partner has something or someone (chiefly: you) to hide. You might get extra salty that they kept pics of their ex up or that your partner still interacts with their ex on Instagram. Not getting posted might convey that your partner is ashamed of you or that you don't matter enough to be posted about. Whatever the case, here's some reassuring advice from nine people on how to deal with a partner that doesn't post you on Instagram.

I can’t remember my BF of two years ever posting about me on social media. He posts about his dogs, cooking, and going fishing. I tag him in our photos and check us in places, and he doesn’t untag himself. So, people see it.

The thing is: The people that matter know all about me and are happy for us. I don’t care if he doesn’t post about me for acquaintances to see. My BF treats me like I’m the best thing since sliced bread; he’s just a private person online, and that’s OK with me.

This was a huge issue in my past relationship. He refused to post about me on social media. And although it's not that big a deal, it made me feel as though he was hiding something and that he didn't want people to know about me (because I knew that he posted about past girlfriends).

It gave me such bad anxiety. He also wouldn't let me post about him. LOL turns out he was cheating on me in the end and now he posts all about his new girl. So that's a big red flag for me. You should want to show off your partner and make it known that you love them.

Made me feel like I wasn't worthy and he was ashamed of us. I didn't feel acknowledged and that's all I wanted. I always brought it up and it just pushed him further away.

Focus on how your partner naturally expresses love

It's a slippery slope here. Some people view their relationships as incredibly personal things. Sometimes, too personal to parade around to the world. I almost never post anything on any social media... I have friends that are in relationships and do use social media. However, they post about their hobbies or interests. They subscribe to things related to that. They use it to keep up with friends they don't see often. But, they often don't post anything related to their relationships because that is a private aspect of their life. There is nothing wrong with that whatsoever.

My ex used to post song lyrics every day and tag me in them. Or text me and ask why I didn't like her post... She got really mad that I never posted like she did, and that was actually a huge cause of fights between us. Eventually, I tried to rectify it and post things. I would post pictures or sappy little FB statuses. But she and I both knew they weren't genuine or natural. I literally only did it because she made it clear it bothered her, even though it shouldn't have. That just isn't who I am. Never was, never will be.

That part of my life is something I don't think needs to be paraded around for everyone to learn, judge, and meddle in. My most intimate relationship is for me, and nobody else.

See if there's a compromise

[My ex-girlfriend and I] were together for a year and a half and she never posted about me or our relationship. And any photos of us together were uploaded by me.

Here's the thing I tried to keep in mind. Your boyfriend is allowed to have his boundaries in the relationship, and you are allowed to express your wants and needs to him. If this is bothering you, talk to him. It doesn't have to be in a nagging or annoyed way. Just tell him it bothers you, ask him if there's a reason why, listen to what he has to say about it. And then have a conversation about whether or not he's willing to compromise on his boundaries. The important thing is to not make it an attack. Don't lead with something accusatory like, 'How come you never post about me on social media?!' Just say, 'Hey, can I talk to you about something that's bothering me?' and then tell him how you're feeling about it...

[My girlfriend and I] had a couple of good talks about it over the course of the relationship. She compromised a little bit and I softened my position, and ultimately it became a non-issue for us. But I believe we got to that point because I clearly expressed what I wanted while also trying to be understanding of where she was coming from, and we were both willing to compromise a little.

I love Instagram and use it daily, whereas my boyfriend almost never posts anything. By the time we had been together for almost a year, it slightly bugged me that I had posted a ton of photos of him, but if anyone looked at his feed, they would have no idea I even existed. I didn't want to straight-up ask him to post a picture of me (I didn't want him to feel pressured to do anything he didn't want to do), but I did mention the discrepancy to him two or three times — often enough that he noticed it bothered me.

One afternoon, when I was randomly having a bad day, he posted a really sweet picture of the two of us and wrote a caption about how amazing I am. He still doesn't post regularly (he's only uploaded one photo since then, and it was one of us), but I don't mind. Like any other bump in a relationship, I think the key is for both people to listen and see the other's side. He recognized that Instagram is important to me, so he used it; I recognized it's not important to him at all, and his lax use of social media isn't a reflection of his feelings for me at all.

My man is a tattoo artist and pretty much only posts photos of his work, but about a year into our relationship, he started posting really random pics of me on our trips and such that were cool or artistic or just great scenery.

There are only a few of them up there and at first, I was weirded out by it because I'm the opposite. I think I posted the first pic of him within two months! Lol But he's just a private person and likes to only really promote his work, not his personal life.

Talk to him about it if you are curious, but respect his privacy if he just wants to keep his social media business-related.

Be honest about why you want them to Instagram you

My ex used to refuse [to post me on Instagram] and even say that it’s pointless to — which I understand if you don’t want your love life in the public eye. I do feel that it’s bad and hurtful when they know it’s something that you want and it would make you happy if your partner was showing you off a tad.

I didn’t approach it too much with my ex, because it was a topic I felt like I’d get nowhere with. But with a future partner, I’d be honest about why I’d want it. I’d explain that it’s more of the sentiment of the posting rather than showing off that we’re in a relationship.

Be mindful of what else is on your partner's plate

Just ask, so you're on the same page

I think it’s okay to ask. I had a similar question with my boyfriend, who is very active on social media (multiple posts a day) but never posted about me. We’d go to a concert, for example, and he would post a photo of himself at the venue but not mention that I was with him. I eventually asked him about it.

He just thought that because I don’t post often myself and hate how I look in photos, that I wouldn’t want to be posted about. I told him that wasn’t the case and now we’re on the same page about the issue. It also turned out that he posted about me all the time on a different platform that I rarely look at it, which was nice to find out about.

... He may just be having a blast with you when you’re together, and not think about posting online (I routinely realize after fun events that I forgot to take a single photo). He might think you don’t like being tagged. Just ask — the ability to communicate about issues is so important, and this is an easy thing to resolve,

Looking at all the sage advice on this subject, there are a few routes you can take. You can opt to let go of this golden ideal, where this particular SO posts you about you as frequently or tenderly as you want. It just might not be in their nature to immortalize your love in Instagram posts. (And besides, as seen above: would you rather have a bunch of sweet-but-disingenuous IG posts about you, or a partner that stays true to how they express their love for you?) Pivot to embracing the benefits of keeping your relationship private.

Research shows that, more often than not, posting a lot about your relationship may signal you and your SO aren't in a good place. Apart from correlations between constant relationship Instagramming and posters' insecurity, staying off social media tends to be better for your mental health and gives you space to focus on your relationship. Just know that high "relationship visibility" isn't all it's cracked up to be — and not worth comparing your relationship to.

Keep in mind: This might just be new territory for your partner. Maybe they've never had a long-term SO to post about. Or maybe they have dated seriously in the past, but have never posted about an SO. Your partner might have the capacity or the urge to make cute Insta posts about you, but not know how to proceed (or that it's something you want). All you might need to do is ask.

At the end of the day, as much as you might want the crowning glory of your social circles' #RelationshipGoals, it's your compatibility with your SO offline that truly counts.